Año: Communism should be illegal 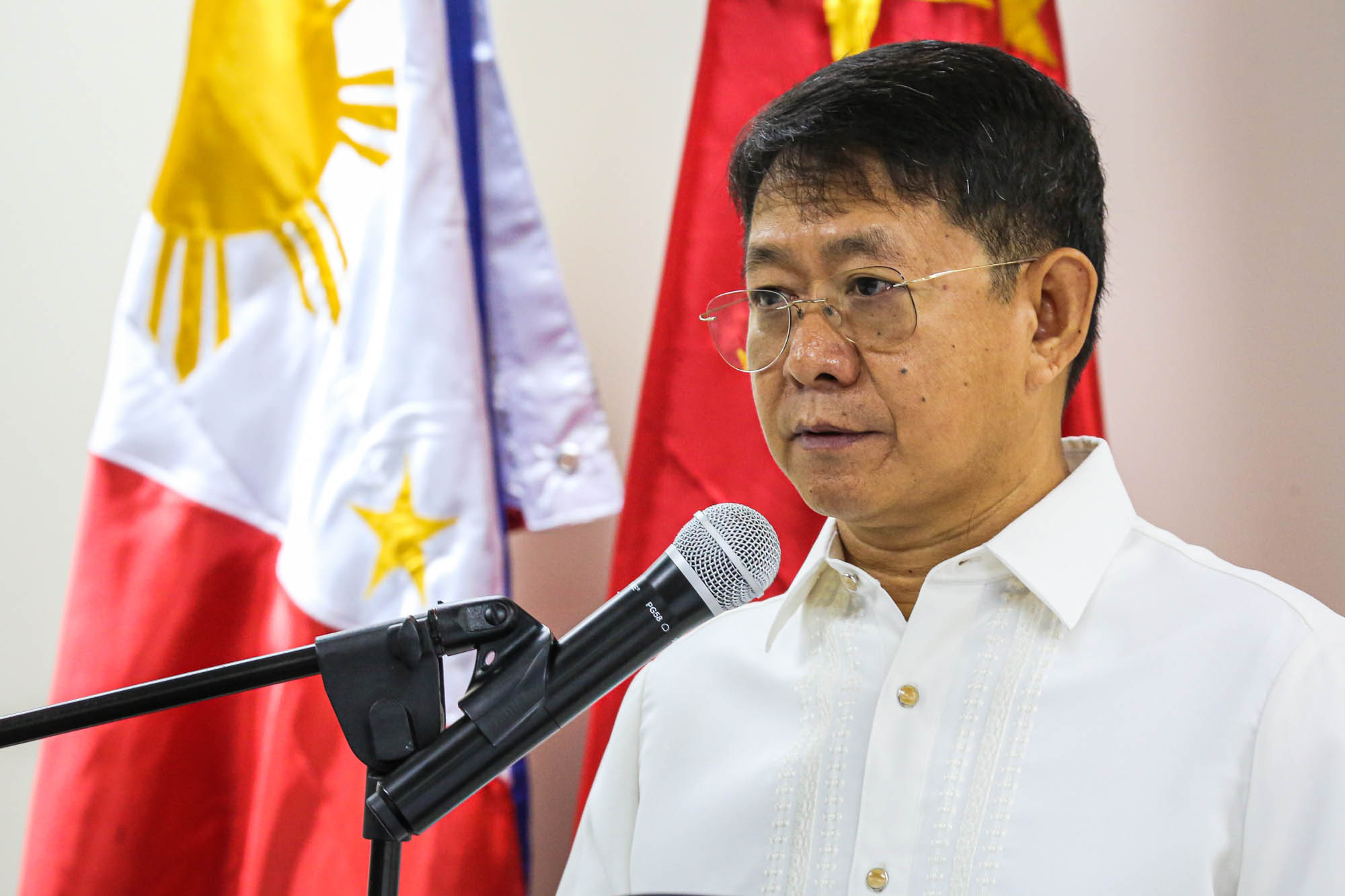 MANILA, Philippines – Interior Secretary Eduardo Año wants to revive the Anti-Subversion Law that previously made it a crime to be a member of the Communist Party of the Philippines (CPP) but which was repealed nearly 3 decades ago.

Año made the proposal during the Senate’s hearing on amendments to the anti-terrorism bill on Tuesday, August 13.

(The organizations we want to list as subversive are very specific, particularly the communist party. Because others fear that opposition groups and other political parties will also be listed. We don’t want that, we only target the communist party.)

The Anti-Subversion Law, enacted in 1957, declared the CPP as illegal and makes membership in it punishable by up to 12 years in prison. The same law also declared as illegal “any other organization having the same purpose.”

Then-President Fidel Ramos repealed the law in 1992, as he embarked on a peace process with the communist guerrillas.

“Republic Act 1700 was passed 35 years age – when communism seemed the wave of the future – by a Philippine state fearful of being submerged in its tide,” Ramos then said in a speech in September 1992. “Today we repeal it – confident of our national stability and confirmed in the resilience of our democracy. By assuring communist insurgents of political space, we also challenge them to compete under our constitutional system and free market of ideas – which are guaranteed by the rule of law.”

The communist New People’s Army (NPA), the military arm of the communist party, was still at its peak during that period, with an estimated 20,000 armed regulars. Today, the NPA is down to about 4,000 armed members.

In a media statement on August 11, the Department of the Interior and Local (DILG) quoted Año as recommending leftist groups to be also declared illegal.

“(Año) says that it is unfortunate that Republic Act 1700 or the Anti-Subversion Act was repealed, saying these leftist groups should be banned for being subversive and illegal,” said the DILG’s statement.

In the same statement, Año said he is looking into increasing police presence in schools and universities to crack down on the recruitment of students to leftist organizations.

Justice Secretary Menardo Guevarra quickly disagreed, saying “mere membership in the CPP is not a crime unless overt criminal acts are committed.”

“Amending and giving more teeth to the Human Security Act will suffice, in my opinion,” Guevarra said.

Asked if he’s considering making amendments that will address leftist groups, Guevarra said: “Being leftist is far from being terrorist. As long as activism remains in the realm of ideology, there is nothing to be alarmed about.”

The Department of Justice (DOJ) under Guevarra withdrew the government’s petition to tag as terrorists over 600 individuals, some with links to political groups. The DOJ’s proscription petition now only seeks to declare CPP founding chairman Jose Maria Sison and 7 others as terrorists.

The National Union of Peoples’ Lawyers (NUPL) slammed Año’s proposal as “an excavation of a jurassic idea.”

“This draconian measure, together with a menu of other repressive laws and policies, and on top of vicious red-tagging of individuals and groups,  is essentially antidemocratic even if packaged for purportedly salutary ends,” said NUPL president Edre Olalia.

Despite his disagreement with Año, Guevarra has a stern reminder to activists: “Once it flows into overt acts that threaten the national security or at least cause widespread fear among the people, government has to step in, and step in really hard.”

The police recently filed kidnapping complaints against leaders of Anakbayan and several of  after a 17-year-old student was reported “missing” following her recruitment by the leftist youth group.

The DOJ is also prosecuting 3 high-profile cases of inciting to sedition: the Bikoy complaint against key members of the opposition, the case against webmaster Rodel Jayme still related to the Bikoy videos, and a separate case against opposition senator Antonio Trillanes IV.

In just 3 years, the Duterte government has charged 2,370 human rights defenders, according to data compiled by rights group Karapatan.

This is more than the number of human rights defenders charged in the 6 years of Benigno Aquino III and the 9 years of Gloria Macapagal Arroyo. – With reports from JC Gotinga and Rambo Talabong/Rappler.com