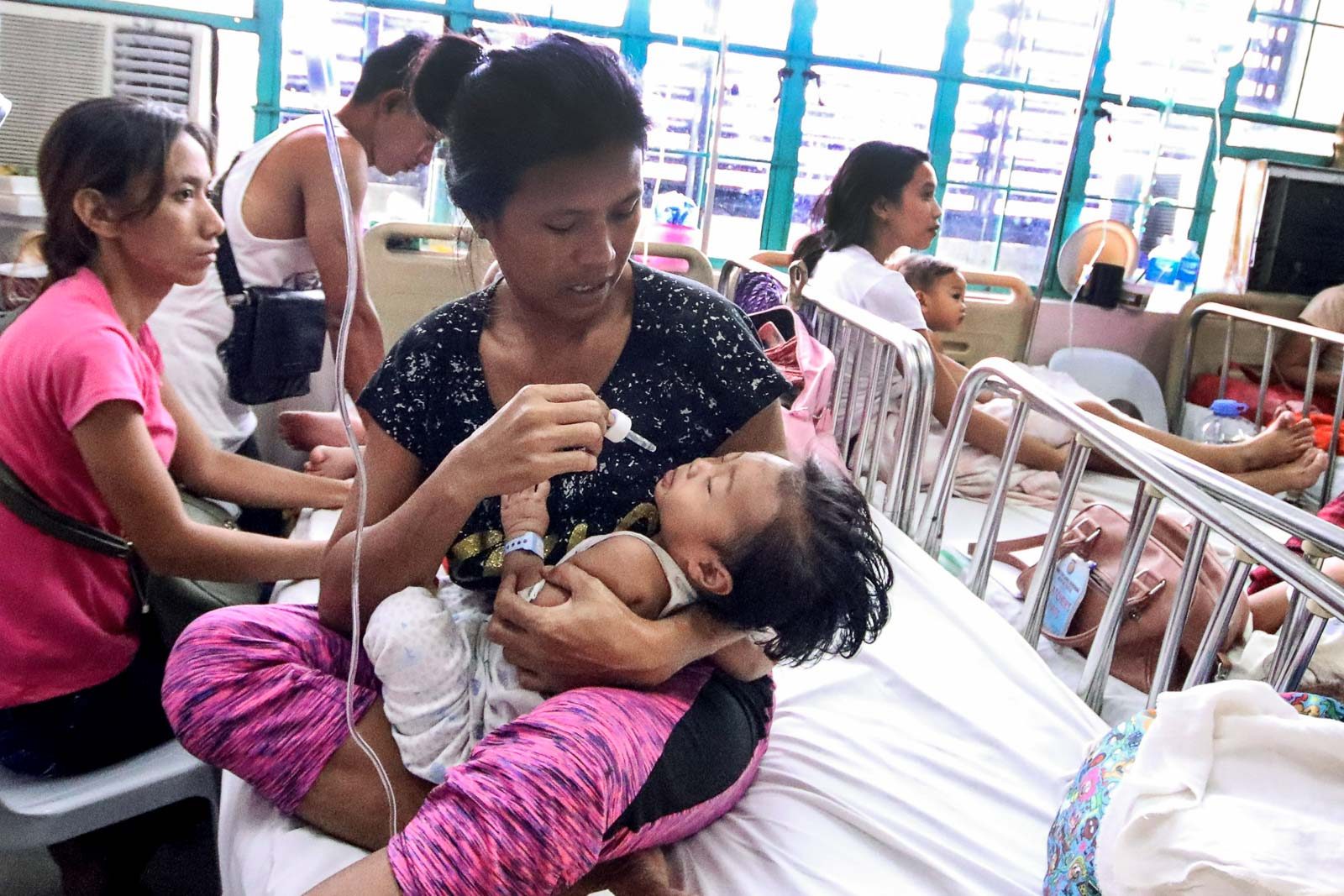 Facebook Twitter Copy URL
Copied
The Department of Health has recorded a total of 10,103 cases and 43 deaths due to dengue in Metro Manila

MANILA, Philippines – The Department of Health (DOH) reported on Tuesday, August 13, an increase in dengue cases in 10 out of the 17 local government units (LGUs) in the National Capital Region (NCR) in 2019.

The DOH recorded a total of 10,103 cases in the whole capital region from January 1 to July 27, 2019 – 56 cases less than the 10,159 from the same period in 2018. However, the cases went up in the following cities: Las Piñas, Makati, Malabon, Mandaluyong, Muntinlupa, Navotas, Parañaque, Pasay, San Juan, and Taguig. There have been 43 deaths since January, 14 cases less than the number of deaths recorded during same period in 2018.

The DOH on Tuesday, August 13, conducted a “Search and Destroy” activity in the DOH compound in Sta Cruz, Manila, as part of its efforts to prevent the disease.

This comes a week after the agency declared a national dengue epidemic for the national government and LGUs to “level up the response” against the mosquito-borne disease.

The DOH has assured the public that hospitals and LGUs are ready to respond to the increasing number of cases as it continues to advocate for the 4S strategy:

The DOH also told Regional Epidemiology and Surveillance Units to “validate cases in specific areas with possible clustering and hotspots for appropriate action.”

Clustering is a term in epidemiology which describes an unusually high incidence of a disease in a particular place and period of time. – Rappler.com