Aug 14, 2019 10:07 AM PHT
Lian Buan
Facebook Twitter Copy URL
Copied
Inclusive of travel time, Senator Leila de Lima gets 48 hours to visit her mother Norma in Iriga City. She can only stay at the hospital for 8 hours. 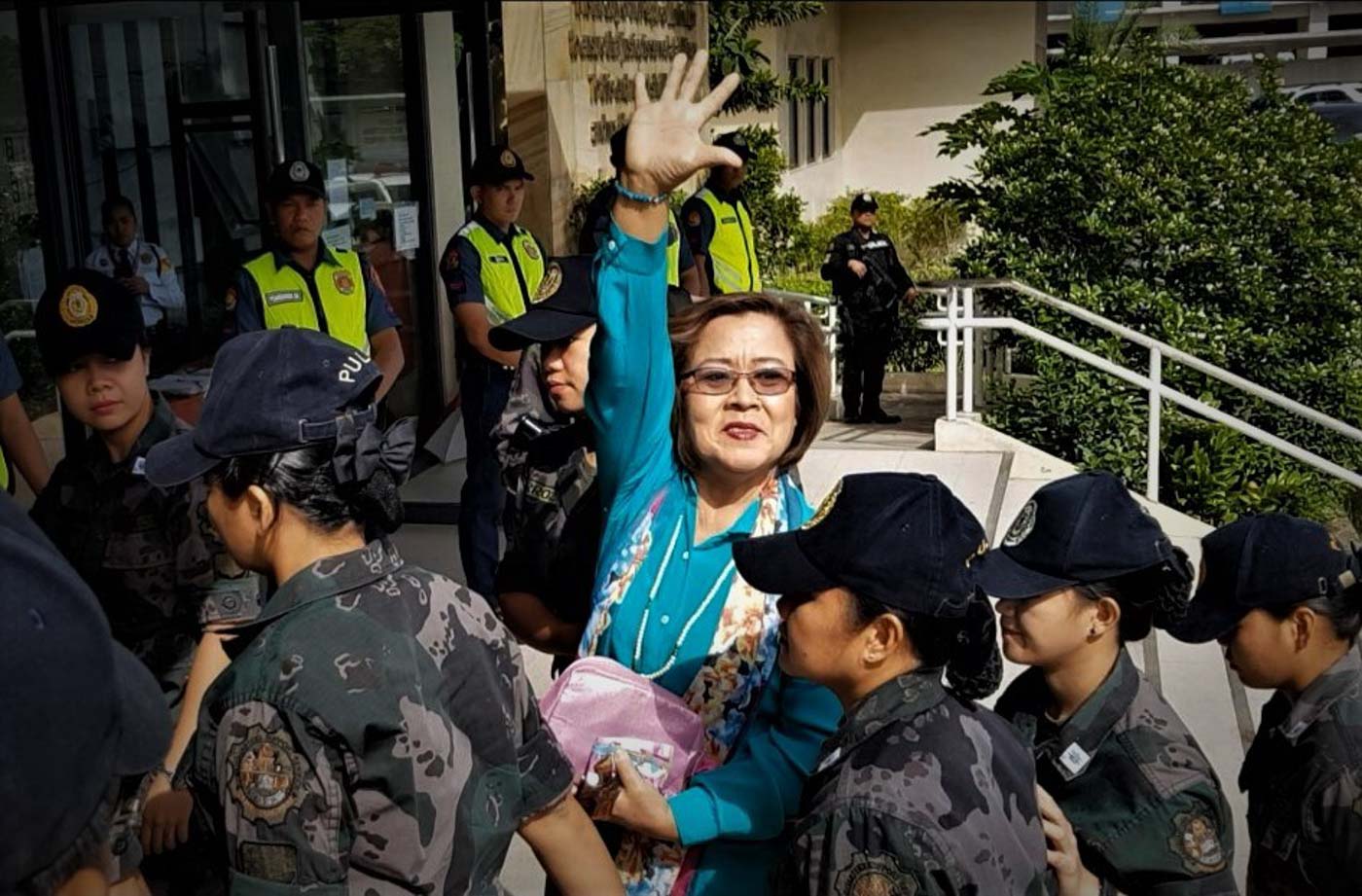 De Lima asked for the urgent furlough as the family was advised by the physician that Norma de Lima “is not expected to linger much longer.”

In 3 separate orders, Branches 205 and 256 allowed De Lima to leave  her detention cell in Camp Crame from Wednesday, August 14, to Thursday, August 15, and must be back by Friday, August 16.

She can stay at her mother’s area of confinement for a maximum of 8 hours.

Both judges granted the furlough for humanitarian reasons.

“The Court is inclined to grant her above mentioned motion for humanitarian considerations, given that the situation and circumstance is a difficult one and emotionally burdensome to the family especially to a daughter of an ailing mother,” said Gito. (READ: PH courts inconsistent in letting detainees attend family events)

8 hours in the hospital

Aquiatan imposed the additional condition that De Lima’s stay at the hospital “should not be more than 8 hours.”

“The visit of accused De Lima shall be strictly at the hospital or place where her mother is confined, or at their family house, and no side trips shall be allowed,” said the orders.

“Only accused De Lima and her immediate family will be allowed to enter the room of the hospital or house where her mother is presently confined together with security escorts,” the orders added.

The Philippine National Police (PNP) is required to submit a report to the court after.

Media is strictly prohibited from covering the visit.

True to Justice Secretary Menardo Guevarra’s promise, the Department of Justice (DOJ) prosecutors did not oppose the furlough for humanitarian reasons.

But the prosecution panel requested that De Lima be given only 48 hours inclusive of travel time and that her hospital stay should not exceed 8 hours.

De Lima’s camp was arranging the senator’s travel as of posting time.

De Lima’s mother still didn’t know that the senator had been detained for drug charges for more than two years.

The family initially decided to keep De Lima’s detention from Norma, but in December 2018, she was taken to Camp Crame to finally see her daughter. But by that time, Norma had been diagnosed wth dementia. – Rappler.com