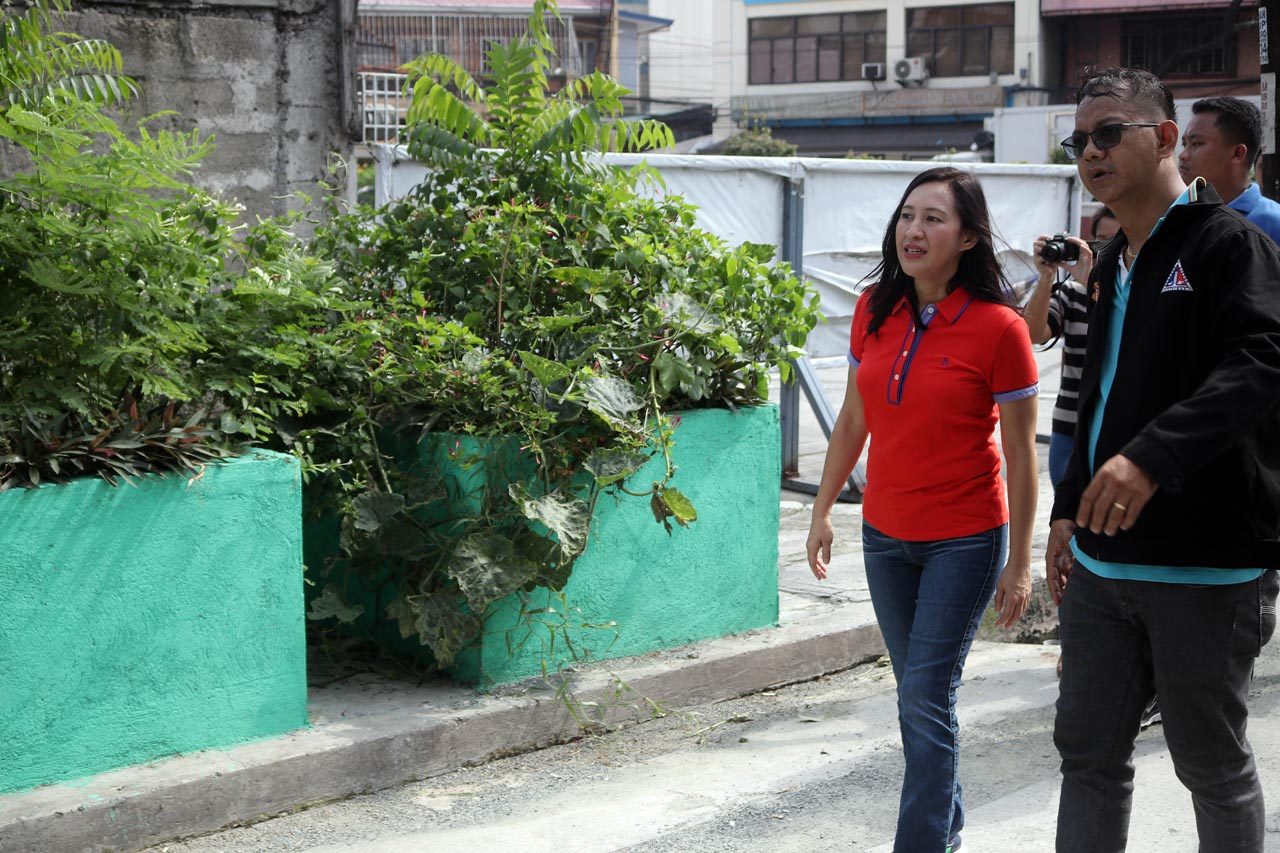 MANILA, Philippines – Quezon City Mayor Joy Belmonte called on national government agencies to provide local governments with relocation sites for vendors and barangay halls displaced in the course of implementing the directive of the Department of the Interior and Local Government (DILG) to reclaim public roads.

In an interview after the city’s commemoration of Ninoy Aquino’s death anniversary on Wednesday, August 21, Belmonte said clearing operations in QC are 83% complete. These operations have led to the demolition of facilities that encroach sidewalks, including barangay halls and vending stalls.

She said her constituents have been very understanding so far, and in the case of sidewalk vendors, they only ask for an alternative vending site.

“Ako kasi ayaw kong i-clear lang na i-confiscate (I don’t want to clear vendors’ stalls by merely confiscating them), I find that that’s not sustainable and you’re just adding to the hunger of families,” said Belmonte.

Consequently, she appealed to agencies, such as the National Housing Authority, to help local government units by leasing their unused properties to the city so the latter can build legitimate markets where former sidewalk vendors can continue selling goods.

(There are a lot of available properties. For those that are government-owned, because this is a directive of the President, I’m asking these agencies to cooperate with local governments if we need to relocate some of our vendors or barangays).

For instance, Belmonte led the demolition of a barangay hall in Damayang Lagi on August 16. She already had an alternative barangay hall made of two 40-foot container vans that were set up on a property of the Department of Finance. Belmonte had spoken with Finance Secretary Carlos Dominguez III, who allowed a long-term lease on the property.

Belmonte had also proposed to transfer vendors to public markets with vacant spaces, and asked the city council to waive rent fees for one to two months to allow them to settle in.

Belmonte said she is also in the process of constructing small, narrow stalls that can be stationed on tertiary roads and barangay roads without causing obstructions. Further, vendors will only be allowed to sell goods during a certain time of the day, when roads are not so busy. – Rappler.com