Haunted by the rape and murder of her daughter, Eileen, 25 years ago in 1993, Clara said she understood that there is a law and a Supreme Court ruling that allows for a reduced prison sentence.

She was referring to the 2013 Good Conduct Time Allowance (GCTA) law and a High Court ruling that made the law retroactive. The ruling will result in the release her daughter’s rapist and murderer, Antonio Sanchez, in the coming weeks or months. (READ: Antonio Sanchez killed 2 others, but those have no legal bearing on his release)

The law is anchored on the premise of good behavior exhibited by the inmate. Clara even knows the computation and formula.

But she has a demand to the government: show proof that Sanchez really did behave.

(We need to see, give us a copy of the computation, of proof that he is really well-behaved.)

In 2006, the Muntinlupa police filed a drug case against Sanchez after a surprise inspection found shabu and marijuana in his jail cell, according to a report by the Philippine Star.

(How could he have good behavior when he didn’t follow all the rules; he had an airconditioning unit, he had a cellphone, and to top it all off, he had shabu hidden in a statue of Mama Mary.)

Clara appealed to the Bureau of Corrections (BuCor): “May CCTV sa loob ng prison, gusto namin na bigyan kami ng proof na entitled siya sa sinasabi nilang batas.” (There is CCTV inside prison, we want proof that he is entitled to what the law provides.)

Trying to move on

(We had started to move on, we want to live normal lives, but here we go again, everything came back.)

Eileen would have turned 48 on September 16.

Second in the Sarmenta siblings, Eileen was a graduating agriculture student of the University of the Philippines-Los Baños in 1993. 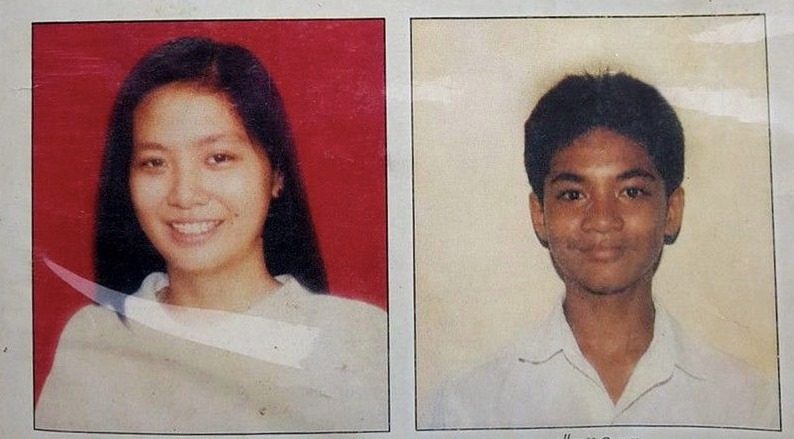 On June 28 that year, Eileen and companion Allan Gomez left the campus and rode a passenger van. They occupied the two front seats.

Suddenly men armed with guns took them and hauled them to a vehicle. The men, led by then-Calauan police deputy chief George Medialdea, were to deliver Eileen “as a gift” to Sanchez, who was then mayor of Calauan.

Luis Corcolon, among the convicted rapists and murderers, told the accomplices that Eileen’s “beauty will make their saliva drip,” court records showed.

Allan was beaten outside the rest house of Sanchez, as the former mayor raped Eileen inside. Allan was left to die, but managed to survive the beating.

Early morning the next day, Sanchez’s men took Eileen and Allan on board a vehicle. The accomplice-turned-witness, driving an ambulance as guise for the convoy, saw the vehicle stop and sway. Allan was shot and discarded by the roadside.

The convoy continued and stopped at a sugarcane field where Eileen was gang-raped.

“Bewailing the helplessness of her situation, Eileen pleaded, in between sobs and whimpers, for the torture to stop. However, her tears for compassion fell, weak and ineffective, upon the insensitive brutes,” said court records.

Corcolon fired a baby armalite into Eileen’s mouth, and left her dead body there.

Clara said that they had not received a single centavo in damages from Sanchez.

Guevarra said Sanchez is still tied to his civil liability even if he is released.

Clara has been made to relive the horrific details of Eileen’s murder after inadvertently seeing Sanchez’s face on television.

Her voice cracked. “Pasensya ka na at ganito ang boses ko, dalawang gabi na akong hindi makatulog,” she said. (Please bear with my voice, I have not been able to sleep for the last two nights.)

(It’s okay, we need to say this, we will not stop this fight.) – Rappler.com