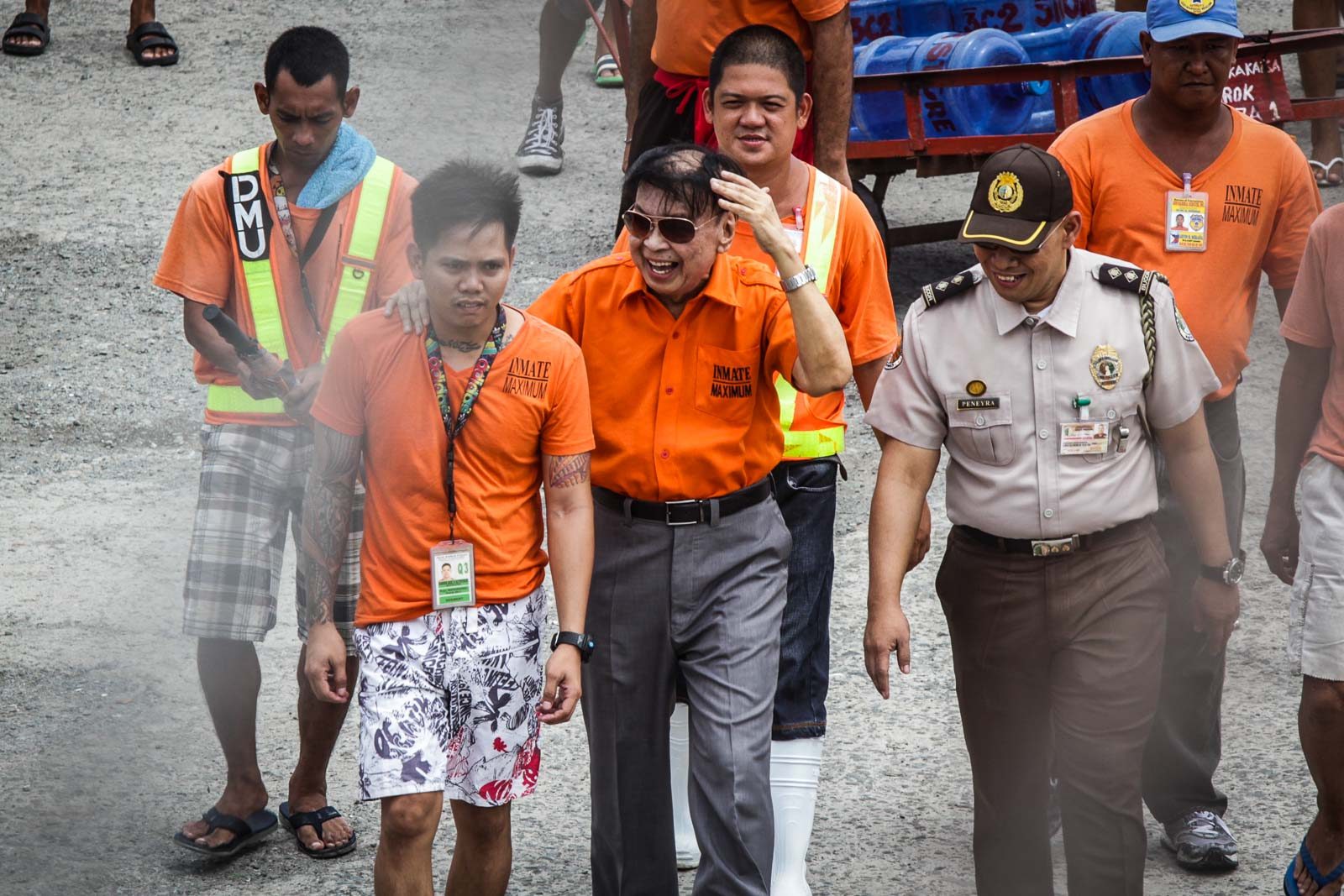 MANILA, Philppines – Are persons charged with heinous crimes excluded from availing of good conduct time allowance under the retroactive law?

This is at the heart of the debate sparked by news about the possible release of convicted rapist and murderer Antonio Sanchez.

Public sentiment called for the total disqualification of Sanchez from availing of any good conduct time allowance for committing a heinous crime.

Sanchez was sentenced to 9 terms of reclusion perpetua over the gang rape and double murder of college students Eileen Sarmenta and Allan Gomez, as well as the double murder of father-and-son Nelson and Rickson Peñalosa.

The Integrated Bar of the Philippines (IBP) said that “they support public clamor that the prisoners  proposed to be released especially those found guilty of heinous crimes be carefully reviewed by the Department of Justice (DOJ).”

READ previous explainers and stories on this case:

Section 1 says that “recidivists, habitual delinquents, escapees and persons charged with heinous crimes are excluded from the coverage of this Act.”

Law professor and former Supreme Court spokesperson Ted Te pointed out that the provision is only concerned with preventive imprisonment and not good conduct time allowance.

“The limitations as to multiple offenses and recidivism and commission of heinous offenses apply only to Article 29 (preventive imprisonment), not to Article 97 (GCTA),” Te said.

Section 3 says: “The good conduct of any offender qualified for credit for preventive imprisonment (emphasis ours) pursuant to Article 29 of this Code, or of any convicted prisoner in any penal institution, rehabilitation or detention center or any other local jail shall entitle him to the following deductions from the period of his sentence.”

(If you were not covered or qualified for credit for preventive imprisonment under Section 1, you are also not qualified for good conduct time allowances (recidivists, etc),” Guevarra said.

But Section 3 has two different classes of people, the second being “any convicted prisoner in any penal institution, rehabilitation or detention center or any other local jail.” Can Sanchez fall under the second class?

Guevarra said: “No, although the mayor falls under the general class, he is disqualified by implication under the specific class. Statutory construction.”

A basic rule in statutory construction states that specific prevails over the general.

What the law manual says

The Supreme Court hastily called a press conference Friday morning, August 23, to defend itself from the backlash. Court spokesperson Brian Keith Hosaka said that the Supreme Court only had a hand in making the law retroactive.

Reporters asked him: has the Supreme Court ruled on the aspect of whether heinous crimes shall be excluded from the law?

Hosaka deflected to the executive.

“As far as the application of the GCTA law is concerned under RA 10592, I think there is a…it is left to a committee to handle that. Perhaps we will just have to wait for the particular branch of government, in this case the executive, to determine that,” Hosaka said.

In December 2017, the committee published a uniform manual that is now being applied by the Bureau of Corrections (BuCor).

Section 1, Chapter 3 of the manual said: “A Person Deprived of Liberty (PDL) who is a recidivist, habitual delinquent, escapee, or charged with heinous crimes may….avail of time allowances.”

Let us dissect that part of the manual:

A PDL who is a recidivist, habitual delinquent, escapee, or charged with heinous crimes may be credited with the full time of his preventive imprisonment and avail of time allowances but he shall not be released under Art. 29 of the Revised Penal Code even if he has reached the maximum imposable penalty until his conviction and service of sentence.

First, let’s establish the context that this chapter talks about preventive imprisonment.

Section 1 simply says this: If you are charged with a non-bailable offense and you have not been convicted yet, but you have been jailed for the same length of time as the maximum penalty of your offense, you can be released immediately without prejudice to the continuation of your trial.

But if you are a recidivist, habitual delinquent, escapee, or charged with a heinous crime, that will not apply to you. It means you cannot be released ahead of your conviction notwithstanding preventive imprisonment.

Then we go to the abovementioned provision.

It first establishes that if you are a recidivist, habitual delinquent, escapee, or charged with heinous crime, you “may be credited with the full time of your preventive imprisonment and avail of time allowances (emphasis ours).”

Former justice undersecretary Reynante Orceo, who was part of the joint committee that published the manual, explained that exclusion of heinous crimes in time credits only comes in play if the case is still ongoing.

The anchor asked Orceo: since Sanchez is already convicted, he could avail of time allowance?

In the Senate, the interpretations were also split.

Senate President Vicente Sotto III filed a resolution seeking a review of the law with the view of amending it so that those charged with heinous crimes can be excluded.

Without qualifying, Senate Minority Leader Franklin Drilon said there was no need to amend the law as it is already “good.”

“The wordings of the GCTA law (Sections 1 & 3) leave much to be desired, but that’s the DOJ view. If there’s a doubt, either Supreme Court interprets or Congress amends,” Guevarra said. – Rappler.com