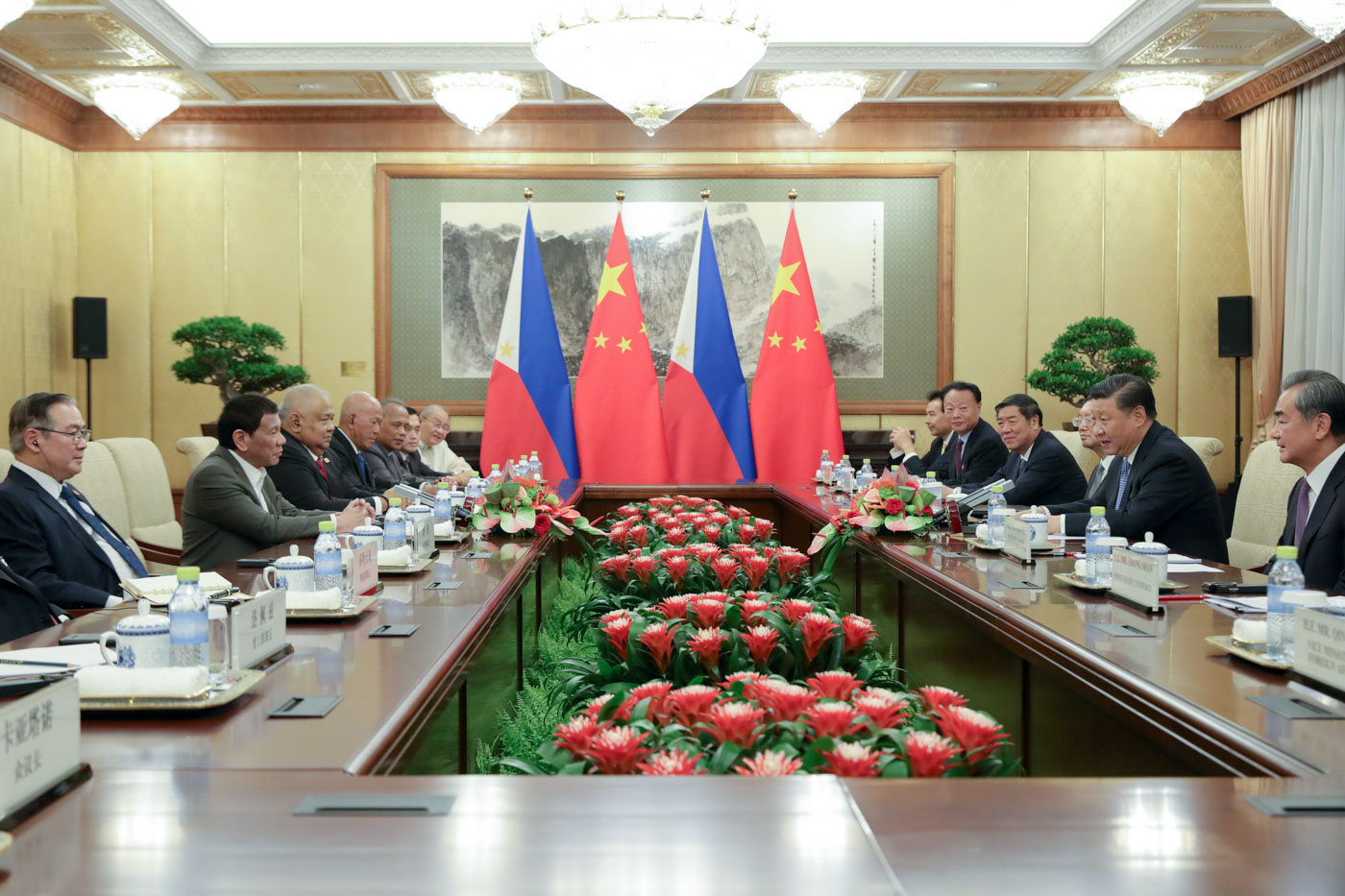 MANILA, Philippines (UPDATED) – The Philippines and China formed the groups that will finalize agreements on joint oil and gas exploration in specific areas in the West Philippine Sea.

“The two sides also announced the setting up of an intergovernmental joint steering committee and a working group between relevant enterprises on oil and gas cooperation so as to promote substantial progress in the joint exploration of oil and gas,” says the Xinhua article.

It also quotes Xi as saying the two countries can take a “bigger step” in developing offshore oil and gas resources.

The formation of a joint intergovernmental committee and the inter-entrepreneurial working group is stipulated in the memorandum of understanding (MOU) on joint exploration signed during Xi’s state visit to the Philippines in November 2018.

A source told Rappler that, aside from foreign and energy department officials, the Philippine side of the steering committee will include officials from the Department of Justice and National Mapping and Resource Information Authority (Namria), the country’s central mapping agency.

Names of the specific officials to join the committee will be announced at a later time.

The inter-entrepreneurial working group, meanwhile, is composed of representatives from the companies chosen by the Philippine and Chinese governments to undertake the oil and gas exploration.

Early on, China had authorized the China National Offshore Oil Corporation (CNOOC) to undertake oil and gas exploration, while the Philippines said companies already holding service contracts would have authority.

For areas not covered by any existing service contract, state-run Philippine National Oil Company-Exploration Corporation (PNOC-EC) would pursue the oil and gas exploration.

The Xinhua article made no mention of the Hague ruling which China has refused to recognize since it was handed down by the Permanent Court of Arbitration in July 2016.

But the Philippine side, in an official statement, said Duterte had brought up the matter. Xi, according to the statement, reiterated China’s non-recognition of the ruling.

The groups are expected to meet in order to come up with a framework for “cooperation agreements,” due in November, according to the MOU.

One of the first things they must do is discuss the lifting of the 2013 moratorium on exploration and drilling in the West Philippine Sea, put in place by then-president Benigno Aquino III due to heightened tensions with China at the time.

The moratorium meant the service contracts in the West Philippine Sea could not be pursued by the corporations that won them.

The cooperation agreements will also have to thresh out the 60-40 sharing scheme Duterte wants.

A Philippine law, Presidential Decree (PD) No. 87, states that Filipinos must get the maximum benefit of exploration over foreign agents.

PD No. 87 also states there should be a 60%-40% division of profit out of production less the costs, with the Philippines getting the bigger share.

Legal experts will have to weigh in on the wording of agreements since they are expected to be consistent with both the Philippine constitution and Chinese constitution.

“We’re trying to find a way with certain parameters for moving forward. It will take a lot of flexibility and pragmatism from both sides,” said Philippine Ambassador to China Chito Sta Romana.

Exploration in areas within the Philippines’ exclusive economic zone but claimed by China will be particularly difficult to thresh out. An example of this is Service Contract No. 72 which covers oil-rich Recto Bank (Reed Bank).

The service contract states the Philippines has sovereign rights over Recto Bank, going against China’s claim to the area. – Rappler.com