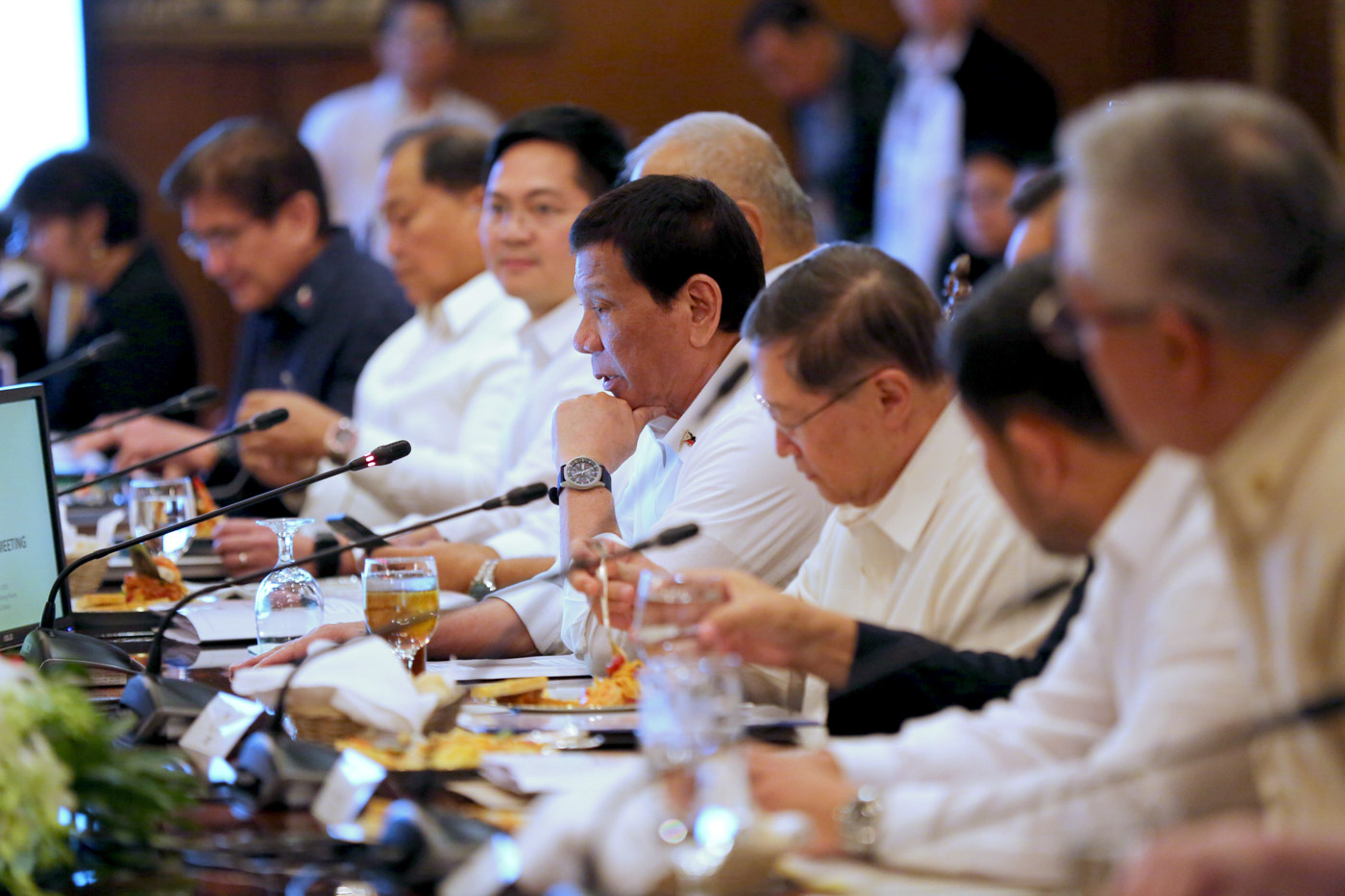 MANILA, Philippines – As he had promised earlier this year, President Rodrigo Duterte has issued an executive order tasking the government to adopt a cash budgeting system starting 2019.

Executive Order (EO) No. 91 was signed by Executive Secretary Salvador Medialdea, by order of the President, on September 9. A copy of the document was made public on Thursday, September 12.

The cash budgeting system is to be retroactively effective starting January 1 this year.

What’s a cash budgeting system? A cash-based budgeting system is supposed to promote fiscal discipline and better planning among agencies in spending or using their funds.

This means government agencies need to complete their contracts by the end of 2019, regardless of possible delays. Projects that are “not implementation-ready” will be removed from the proposed budget.

In the case of subsidies for local government units, these can be obligated and disbursed only until the end of the next FY. But appropriations for the statutory shares of LGUs will be available for obligation and disbursement until fully expended.

For local government subsidies, the reversion of funds will be done at the end of the next FY.

How about projects spanning multiple years? For projects that will take more than a year to implement, the DBM must issue a Multi-Year Contractual Authority (MYCA) before the start of procurement activities.

Early procurement. Government agencies can begin procurement activities before the fiscal year of the project’s implementation and while the General Appropriations Act for that year is pending, reads the EO.

Appropriations for maintenance and other operating expenses (MOOE) and other capital outlays can be obligated until December 21. But delivery, inspection, and payment must be done by June 30, 2020. – Rappler.com