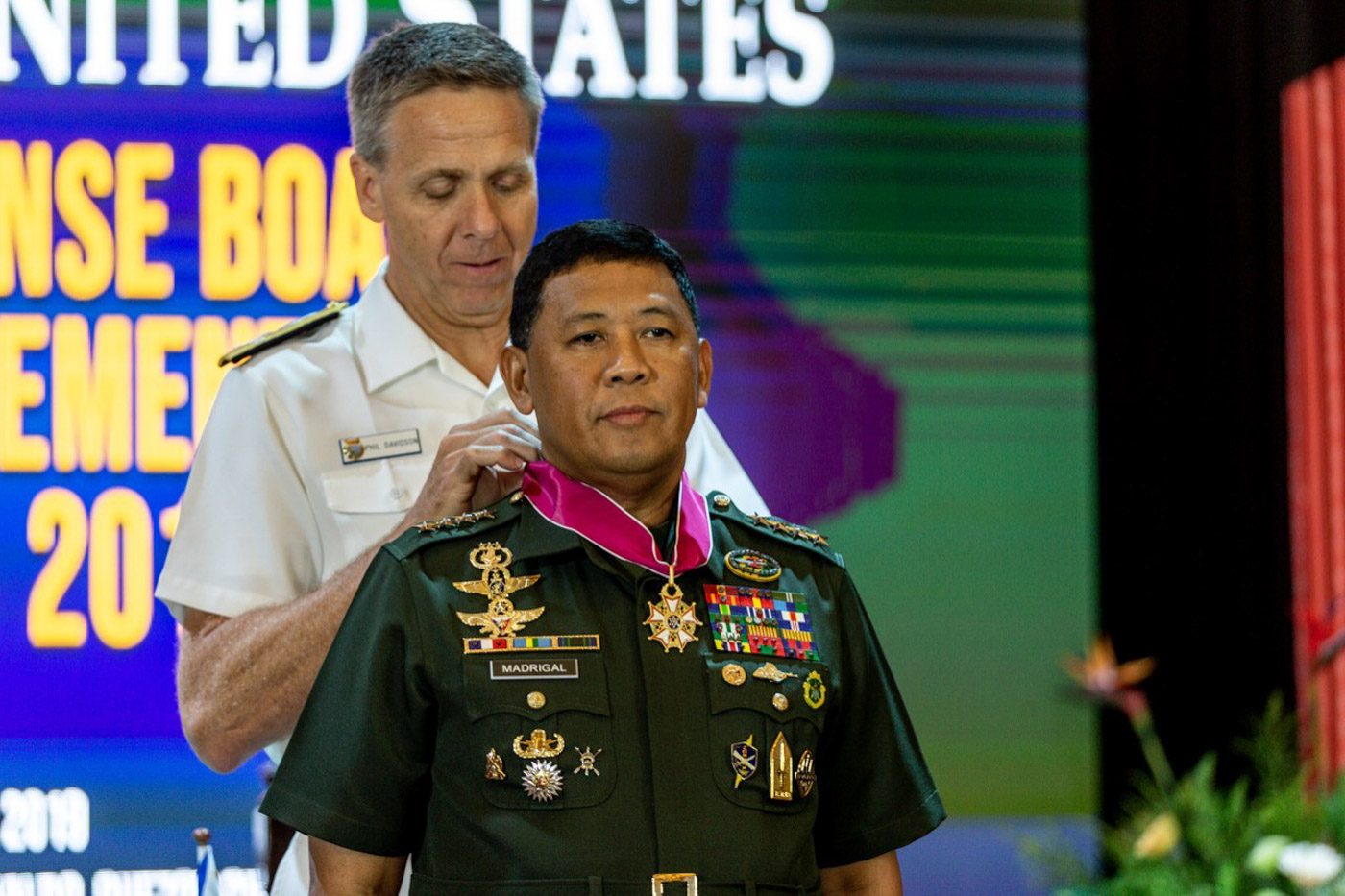 MANILA, Philippines – The Philippine and US militaries drew up plans for more security cooperation activities in 2020 during this year’s Mutual Defense Board and Security Engagement Board (MDB-SEB) at Camp Aguinaldo in Quezon City on Friday, September 13.

Armed Forces of the Philippines (AFP) chief General Benjamin Madrigal Jr and US Indo-Pacific Command chief Admiral Philip Davidson led the yearly forum in which the treaty allies plan and coordinate military activities for the year ahead.

The Philippines and US “reaffirmed their continuing and close relationship by enhancing cooperation in counterterrorism, maritime security, cybersecurity, humanitarian assistance and disaster relief, and many others,” the US Embassy in Manila said in a media release.

“We will continue to stand together on the foundation of common interests and values.  Our national security, including economic security, is reliant on a free and open Indo-Pacific and a rules-based international order,” Davidson said.

“The enhancement of our defense cooperation is the only way for us to move forward and be prepared for the challenges of this ever-evolving world,” said Madrigal.

During the event, the Philippine military chief was presented with the Legion of Merit for his “outstanding contributions to the U.S.-Philippine alliance.”

The Legion of Merit is the highest U.S. military decoration that may be awarded to foreign military personnel. Other Filipino recipients were General Alfredo Santos in the 1950s and former President Fidel Ramos in 1990.

The Philippines and the US have reaffirmed the 1951 Mutual Defense Treaty on at least two occasions this year: US Secretary Mike Pompeo’s Manila visit in March, and the Bilateral Strategic Dialogue between ranking diplomats in July.

The US has been rekindling alliances in Southeast Asia with naval visits and military exercises perceived to be a show of force against an increasingly dominant China.

Washington has recently ramped up its criticism of Beijing’s moves to dominate the Asia-Pacific region, particularly the South China Sea that includes Manila’s exclusive economic zone known to Filipinos as the West Philippine Sea.

Although the administration of President Rodrigo Duterte initially scaled down on the yearly Balikatan Exercises with the US, both countries’ militaries have persisted with most of the drills.

The US maintains a rotational presence in several Philippine military bases under the Enhanced Defense Cooperation Agreement.

On Wednesday, September 11, the AFP signed a deal with China-backed Mislatel consortium to allow its Dito Telecommunity to set up facilities in military camps.

A security expert said this could make the US wary of dealing with the AFP.  – Rappler.com