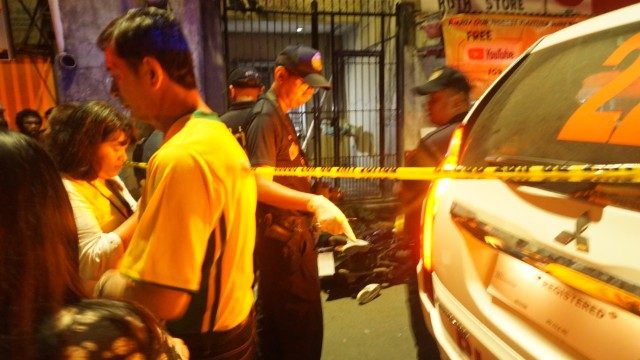 Police said the victim, Francisco Vinluan, 42 years old and of Mabolo, Cebu City, was on his motorcycle when he was gunned by riding-in-tandem assailants.

Police recovered from the victim at least P8,000 in cash, a cell phone and a sachet of what is believed to be methamphetamine hydrochloride (shabu).

Despite recovering the possible illegal drugs from the pocket of the victim, police Scene of the Crime Operatives (SOCO) investigators have witheld concluding this was the motive in the killing.

According to the Mabolo Police Station, at least 3 spent bullet casings were also retrieved from the scene.

Vinluan is the second person killed in Barangay Mabolo in the last 48 hours.

Jeffrey Sanchez Gomonit, a businessman from Mandaue City was shot dead while driving his SUV in front of the SM City Cebu on Sunday evening, September 22.

Gomonit was killed in the same location where ex-police officer Delfin Bontuyan was killed in May after leaving a court hearing. – Rappler.com