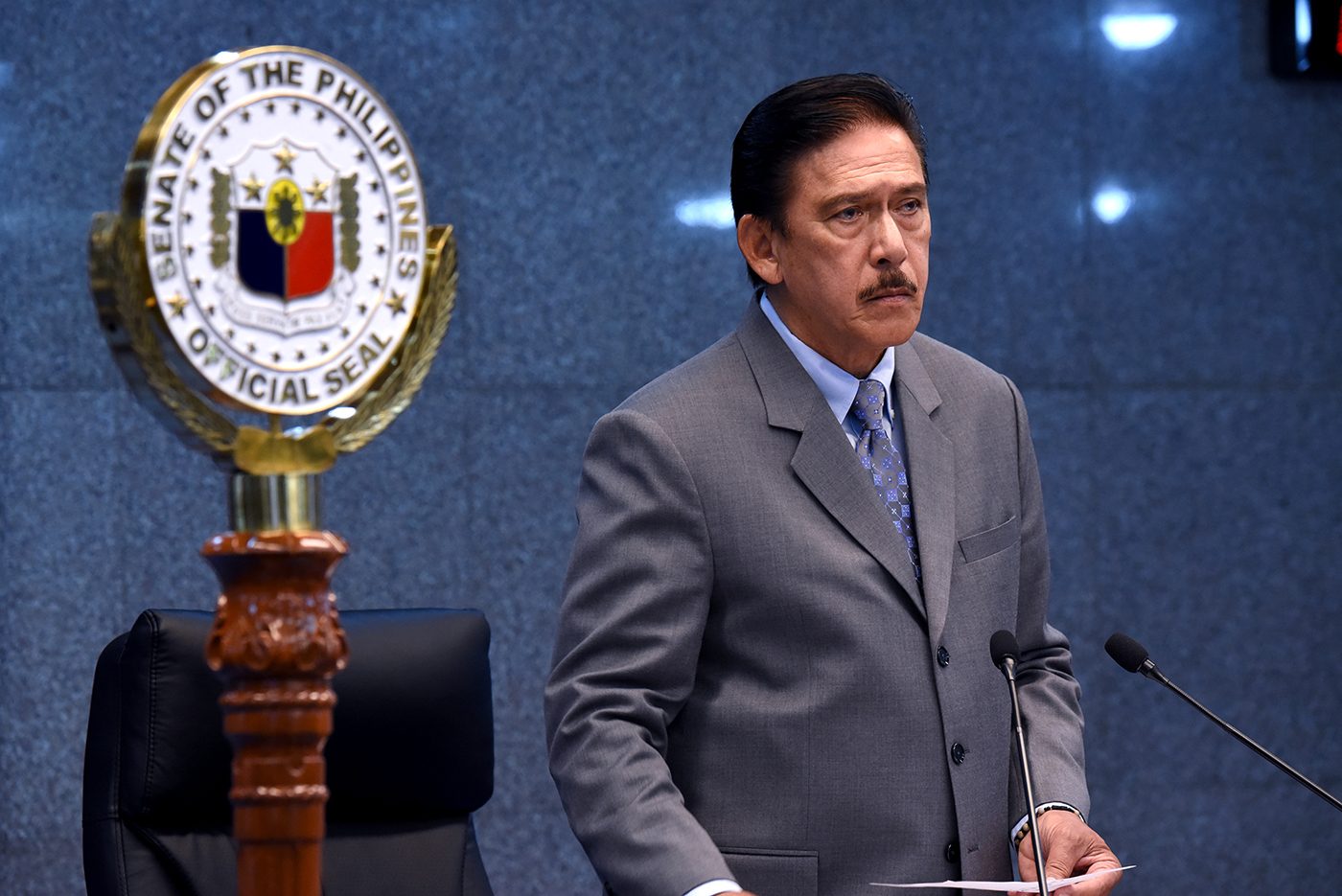 Facebook Twitter Copy URL
Copied
Senate President Vicente Sotto III asks: 'What due diligence' is the Philippine National Police talking about when the President is asking for the list?

MANILA, Philippines – Senate President Vicente Sotto III on Wednesday, September 25, said the chamber would submit to President Rodrigo Duterte the list of the cops allegedly involved in drug recycling, as the police asked the Senate to “exercise due diligence.”

In a media interview, Sotto said Senator Richard Gordon, the chairperson of Senate blue ribbon and justice committees, would send the transcript of the executive session with retired cop and now Baguio City Mayor Benjamin Magalong.

The Philippine National Police has asked the Senate to “exercise due diligence” when releasing the names of the alleged ninja cops.

Asked about this, Sotto said the information would be used by the chamber only “in aid of legislation.”

Gordon said in a separate interview that his committees would continue to investigate, whether or not the President decides to announce the names.

“Ipapadala ko muna kay Presidente. Siya ang nag-appoint ng mga tao na ‘yun eh,” Gordon said. (I will send it to the President first. He was one who appointed those persons anyway.)

“Whether or not he makes the announcement, we will continue with the investigation based on the revelation,” he added.

On Tuesday, September 24, the Senate authorized Gordon to release the information from the September 19 executive session. Seventeen senators had pushed for the move, with Senator Ronald dela Rosa, a former PNP chief, saying it should be made public if the government had done it with the list of alleged narcopoliticians.

Meanwhile, Senator Christopher Go said it “should be the President” who would divulge the names. He said President Duterte had started “cross-validating” the list. – Rappler.com