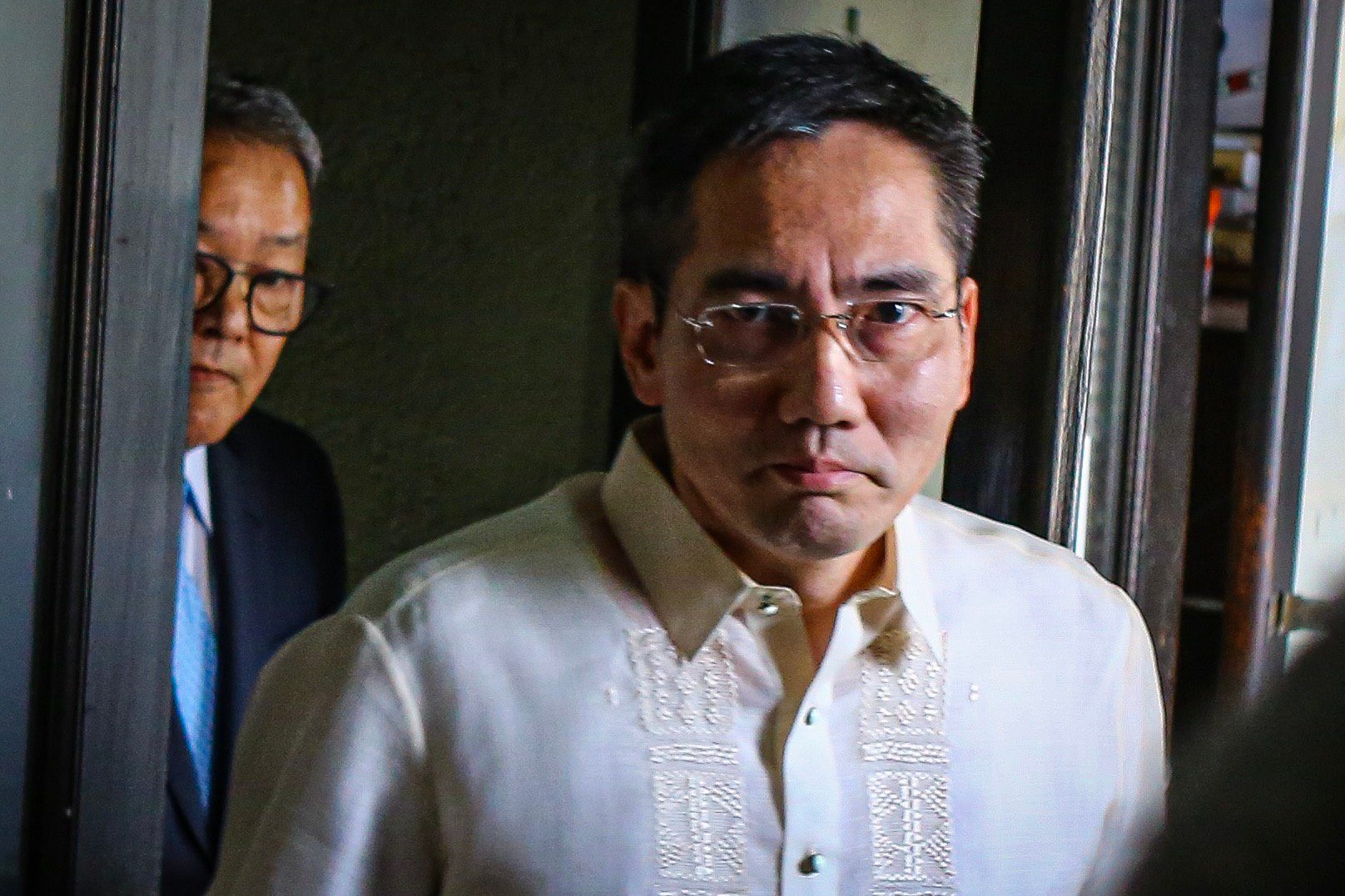 Facebook Twitter Copy URL
Copied
Rappler objects to the demand, saying that the charge sheet does not contain damages being sought

Keng took the witness stand before the Manila Regional Trial Court (RTC) Branch 46 on Friday, September 27, to testify on his new affidavit.

In the new affidavit executed September 18, Keng is demanding P25 million in moral damages and P25 million in exemplary damages, which he said, he would donate to charity.

“I want to send the message to members of the media that they cannot simply destroy a person’s reputation and character, through irresponsible, inaccurate, malicious and unjust reporting, without grave consequences,” Keng said in the affidavit. (READ: Keng gets Peter Lim, Bong Revilla lawyers in case vs Maria Ressa)

Rappler’s lawyer Ted Te objected to the demand for damages saying it was never included in the charges.

Te added that “any statement on monetary damages is, therefore, irrelevant and under Rule 128, Section 3, is inadmissible.”

Keng’s lawyer Joseph Banguis said they will pursue the damages.

Other details in the affidavit

Keng is suing for cyber libel over a 2012 article on Rappler, which primarily discussed how the late former chief justice Renato Corona was using SUVs of “controversial businessmen,” one of them being Keng.

In his new affidavit, Keng admitted lending a vehicle to Corona.

Keng is disputing parts of the article that linked him to involvement in illegal activities, namely human trafficking and drug smuggling, citing an intelligence report.

“(P50 million) is a reasonable amount and an amount commensurate to the malicious and devastating defamation inflicted upon an innocent person such as I am. Given my stature and net worth, this amount of money is not even comparable to the injury inflicted on my reputation, and the pain and suffering that I, my family and my business have experienced,” said Keng.

Keng also blamed the Rappler article for the recent loss of his daughter Patricia who ran as a nominee of the Wow Pilipinas Partylist in the last elections.

“Since we were previously confident that she would win, due to the massive support of her followers, I believe her loss was due to the statements the accused published against me in the article,” said Keng.

To be able to charge Rappler with cyber libel, the Department of Justice (DOJ) extended the prescription period of libel from only one year to 12 years.

The article was also written months before the Cybercrime Law was enacted in 2012, but the prosecution used the theory of continuing publication, especially because the article online reflected a later date in 2014, when some typographical errors were belatedly corrected.