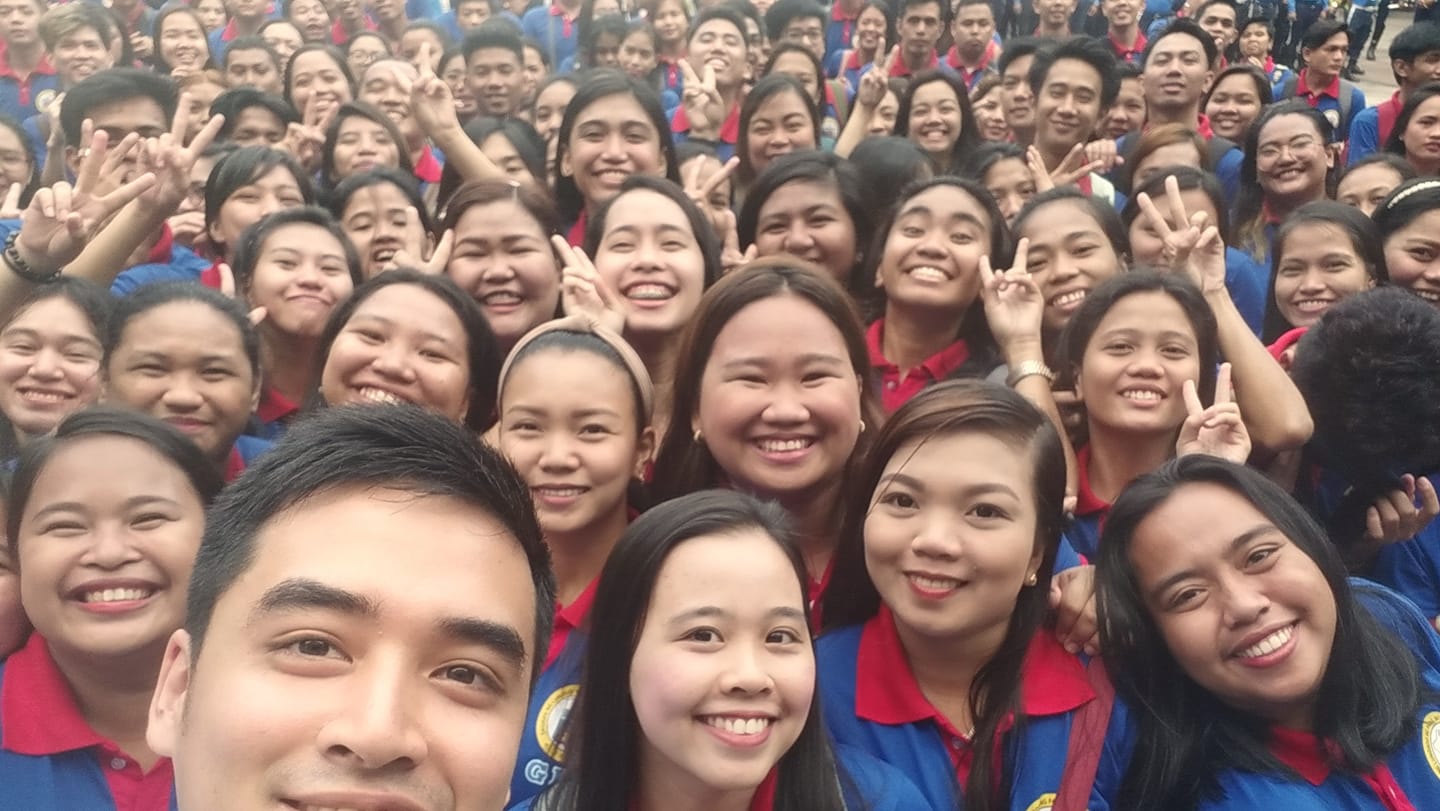 MANILA, Philippines – Thirteen thousand students in Pasig City will get free tuition for the rest of the school year – a record number, according to Mayor Vico Sotto, who signed this week an ordinance that renamed the Pasig City Scholarship Program.

Sotto revamped the erstwhile “BCE Scholarship Program,” named after former mayor Bobby C. Eusebio, to ease guidelines and requirements for scholars, and to expand the program to include more students.

The city government reallocated funds in order to add more than 1,000 students to its earlier roster of some 11,000 scholars, Sotto said.

In 2020, the city will allot P400 million for the program so that a total 16,000 scholars will get free tuition and incentives.

(Of all the ordinances passed by the Council so far in our new term since July, this is what excites me the most because this is for the future of Pasigueños.)

The revised scholarship program no longer requires scholars to earn “points” by attending city government events that, Sotto said, were irrelevant to their education and only took their time away from their studies.

Instead, scholars will just have to render community service under a “social contract” scheme that they can adjust according to their schedule at school, and that they or their parents won’t have to spend for.

In renaming the scholarship program, Sotto dissociated it from the Eusebio clan, Pasig’s former rulers who had held the mayoralty for 27 years.

“Hindi naman ‘to ideya ng isang politko, o ng isang grupo, o isang partido. Nasa batas ito. Kailangan natin magkaroon ng scholarship program (This is not the idea of a single politician, or group, or party. This is in the law. We need to have a scholarship program),” Sotto said.

The Eusebios had a penchant for putting their name on city government projects. The letter E is a ubiquitous fixture on the city’s public infrastructure.

Their rule began in 1992 with the election of Vicente Eusebio as mayor. After exhausting his 3-consecutive-term limit, his wife Soledad ran and won in his stead in 2001. Then in 2004, Vicente ran for mayor again and won.

In 2007, his son Roberto, or “Bobby,” took over and served two terms before passing it on to his wife, Maribel, who served a single term as mayor from 2013 to 2016, after which Bobby ran again and won.

Bobby Eusebio lost his bid for reelection in May this year to Sotto, who campaigned on the promise of reform and innovation.

Despite his reformist pitch, Sotto has been careful not to hurl accusations at his predecessor, under whom he served a single term as city councilor.

When he ordered an inventory of the city government’s assets and supplies in July following a Commission on Audit red flag, Sotto emphasized that it was not necessarily an indictment of Eusebio’s administration.

But now the Eusebios have officially been accused of corruption by a Pasig-based civic organization.

On Wednesday, the Tambuli ng Mamamayan ng Pasig (TNP) filed a graft complaint against Bobby and Maribel Eusebio, along with incumbent Vice Mayor Iyo Bernardo and several former and current city councilors, before the Office of the Ombudsman.

TNP accused the previous Eusebio administration of using a “sister city” program with the Municipality of Pamplona, Camarines Sur, to bolster Mrs Eusebio’s plan to run for representative of the 2nd District of Camarines Sur in the May 2019 elections.

The city government had authorized Mr Eusebio to grant P25 million to the Pamplona municipal government for 5 consecutive years for a total of P125 million. The first grant was delivered on August 24, 2018, TNP said.

Mrs Eusebio’s candidacy was eventually nullified by the Commission on Elections because she was not a registered voter in the district she intended to represent in Congress.

Although Sotto’s tack is to reform Pasig’s bureaucracy, he also said he would not disrupt the city’s ongoing programs.

On Thursday, September 26, the city government sponsored a job fair at the Pasig City Sports Center, where 564 people were hired on the spot, Sotto said.

The job fair was organized by the city’s Public Employment Service Office led by city councilor Rhichie Brown, chairman of the labor and employment committee.

Brown was one of the councilors tagged in the graft case against the Eusebio couple.

“We will continue to improve our Public Employment Service Office. In the next couple of years, we will shift away from job fairs, move towards automated matching, and strengthen our employability enhancement training program.”

Last Monday, September 23, Sotto announced that a new batch of 480 young people were enlisted to the Government Internship Program for “internship with pay.”

“This is a great opportunity for our youth to enhance their skills, jumpstart their careers, and be exposed to public service,” Sotto said. – Rappler.com