Oct 1, 2019 7:00 AM PHT
Loreben Tuquero
Facebook Twitter Copy URL
Copied
Piston says that Metro Manila, along with other areas in the country, were 95% paralyzed by the strike 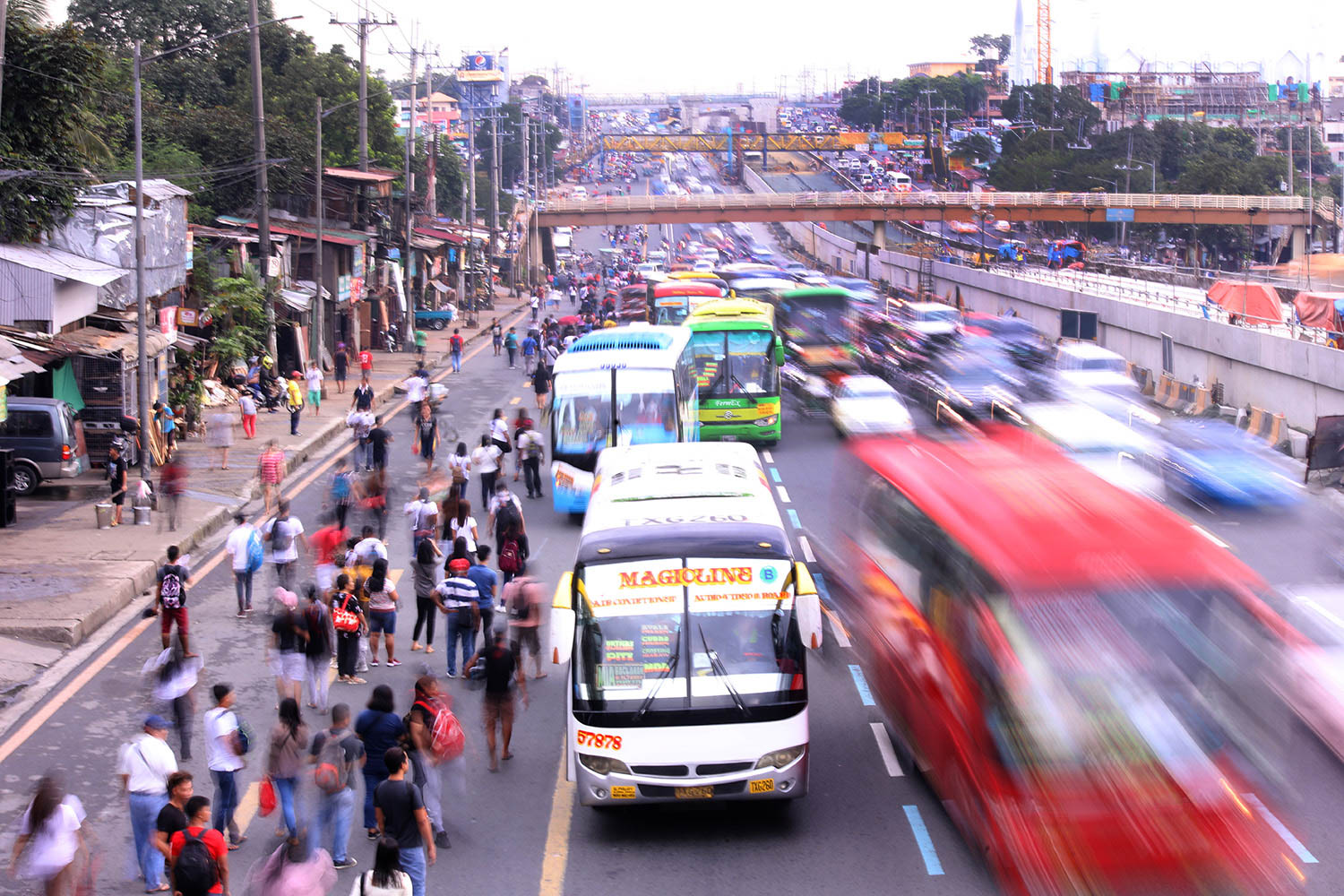 MANILA, Philippines – The Libreng Sakay (free ride) buses deployed by the Land Transportation Franchising and Regulatory Board and local government units during the nationwide transport strike on Monday, September 30, measured up to the demand, save for a few cases where passengers were still stranded.

The strike that paralyzed public transportation across the country was organized by transport group Pinagkaisang Samahan ng mga Tsuper at Operator Nationwide (Piston) to protest against the Public Utility Vehicle Modernization Program. The program aimed to phase out jeepneys that were at least 15 years old.

According to the Department of Transportation, majority of the cities and regions all over the country fielded reports saying normal PUJ operations were observed and no stranded passengers were sighted.

However, some areas gave unique reports that corroborated Piston’s announcement that Metro Manila and other locations in the country were at least 95% paralyzed by the strike.

Free rides may have been unnecessary in some places, especially where classes were suspended. In Fairview via Quirino to Balintawak, some jeepneys along the route did not have many passengers on board. In Makati, reports said that the number of commuters was minimal.

At around 8:45 am, Alabang reported stranded passengers due to the transport strike. The next update came at 5:15pm, saying that only one bus was deployed along the FTI-Alabang route.

Stranded passengers were also seen along the Binangonan, Angono, and Muzon provinces of Rizal. The same was said for Sandigan, despite the deployment of two buses.

At 10:10 am, less passengers waiting for rides were observed along the Angeles-San Fernando route. “Our Libreng Sakay buses are still plying the route, but these are not as full anymore compared to earlier this morning,” the report said. The situation changed when rush hour came, prompting LTFRB Region 3 to deploy more Libreng Sakay buses to accommodate homebound commuters.

In more extreme cases, one update said that PUV drivers in Bacolod who wanted to ply their routes were being stopped. Thus, more buses were deployed in the area.

In Baguio, inadequate PUJs were felt not because of the transport strike, but mainly due to traffic. In response, the Baguio City Police Office allowed the use of their patrol vehicles for public transportation.

Piston declared the transport strike a success, even amid LTFRB threats that strike participants would face suspension or cancelation of their certificates of public convenience. – Rappler.com