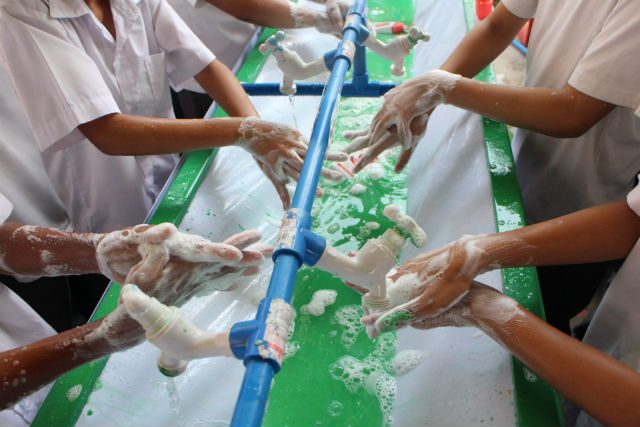 MANILA, Philippines – After confirming two more cases of meningococcemia in Batangas and Laguna, the Department of Health (DOH) urged the public on Saturday, October 5, to maintain good hygiene to prevent the spread of the disease.

“This is a deadly but highly preventable disease. I urge the public to practice good personal hygiene such as regular handwashing, and covering of mouth and nose when coughing or sneezing to prevent the spread of this disease,” said Assistant Secretary of the Public Health Services Team Maria Rosario Vergeire in a statement.

She made the call after the Research Institute for Tropical Medicine laboratory results confirmed that the two suspected meningococcemia cases – one each in Laguna and Batangas – were positive for Neisseria meningitidis.

“The department is awaiting the laboratory confirmation of 5 more suspected meningococcemia cases,” the DOH said.

What is it? Meningococcemia is a rare but serious illness caused by a bacteria called Neisseria meningitidis, which can be passed on through coughing, kissing, or sharing of utensils.

Why does this matter? The DOH stressed the importance of “early diagnosis and immediate treatment with antibiotics” in preventing more deaths, and urged those experiencing symptoms of the disease to seek immediate medical attention.

Vergeire said there was no outbreak yet as cases reported were “sporadic” and not “clustering” but the DOH emphasized that the disease cause cause death “within a few hours.”

From January to September 21, the DOH Epidemiology Bureau recorded 169 cases with 88 deaths  or a case fatality rate of 52%. The DOH said this figure is “slightly higher” than the cases recorded in same period last year,  when 162 cases with 78 deaths were recorded.

“Most of the cases (79%) reported were not laboratory confirmed, presenting a gap in confirming the magnitude of the disease,” the DOH said. – Rambo Talabong/Rappler.com