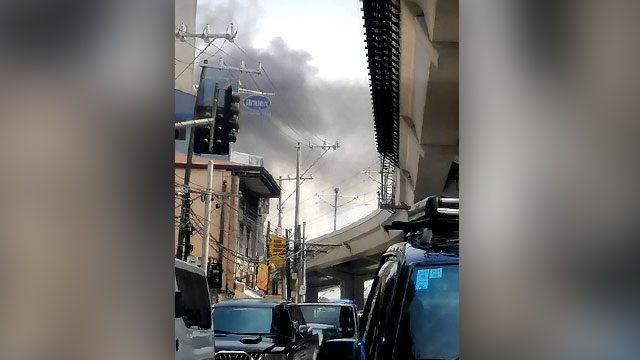 MANILA, Philippines – The Light Rail Transit Line 2 (LRT2) will remain closed on Monday, October 7, as safety checks have yet to be completed.

“We did our best, but due to the complexity of the problem, we were not able to complete the test runs and safety checks of the telecommunications system today,” Light Rail Transit Authority (LRTA) Administrator Reynaldo Berroya said in a statement on Sunday, October 6.

The LRTA asked for understanding, saying that passenger safety cannot be compromised.

It assured commuters that LRT2 operations will resume once the trains and the signaling, telecommunications, and power supply systems are cleared.

Only the Cubao to Recto operations would be able to resume. The LRTA will be halting operations from Santolan to Anonas and back for up to 9 months, following a fire that severely damaged two rectifier substations last Thursday, October 3.

Meanwhile, 30 buses and 20 modernized public utility vehicles (PUVs) will be plying the Santolan-Cubao route from 5 am to 10:30 pm on Monday. A bus will also be allotted for commuters going from Santolan to Recto.

Fares will be similar to train fares for these routes, ranging from P12 to P15.

Earlier on Sunday, the Land Transportation Franchising and Regulatory Board announced that 89 PUVs were given special permits to provide an alternative mode of transport for LRT2 passengers.

In addition, the Metropolitan Manila Development Authority and the Philippine Coast Guard have provided a total of 8 buses to offer free rides along the Santolan-Anonas route.

The LRT2 serves an average of 200,000 passengers daily. – with reports from Loreben Tuquero/Rappler.com