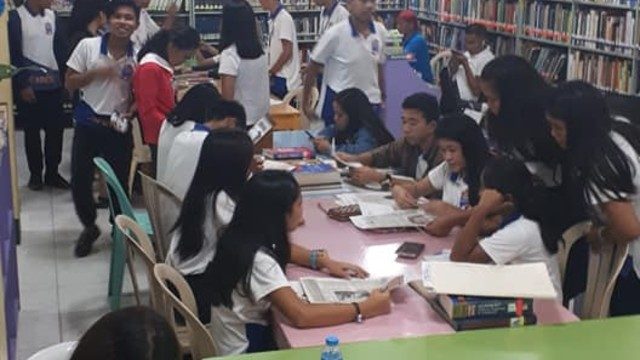 CEBU CITY, Philippines – The Dumaguete city council approved on second reading on Wednesday, October 9, an ordinance for the establishment of a library that should be open 24 hours a day, 7 days a week.

The ordinance comes weeks after a post began circulating online of a McDonald’s branch in the city requesting students not to study in their establishment.

“In a university town? During the run-up to Finals Week? For an establishment that’s open 24 hours? Where the only signs of life in the wee hours are students themselves?” Casocot said in his post.” McDonald’s is like that whiny girl who goes to the beach and complains about the sand.”

The university town only has a small public library with limited hours, leaving students with options to study only in restaurants or coffee shops late at night.

While McDonald’s went back on their policy and said students are welcome, the city council still went through with pushing for the 24-hour library.

The city is home to 4 universities. At least 9,000 students are from Silliman University alone.

“It is essential to establish a 24/7 public library that could accommodate students who wish to study beyond regular library hours as it allows them to study in a flexible and convenient manner in a place that is safe and conducive for studying,” the ordinance read.

The ordinance was authored by Councilor Rosel Erames.

It also noted that the library should be upgraded and modernized.

Cebu City opened its public library 24/7 in March 2018 after a student asked then-Cebu City mayor Tomas Osmeña to give students a place to work late so they would not have to crowd in coffee shops or fast food restaurants. (READ: LOOK: Cebu City library to start 24/7 operations on March 8)

No time frame, plans, or target opening has been announced for Dumaguete’s 24/hour library yet. – Rappler.com