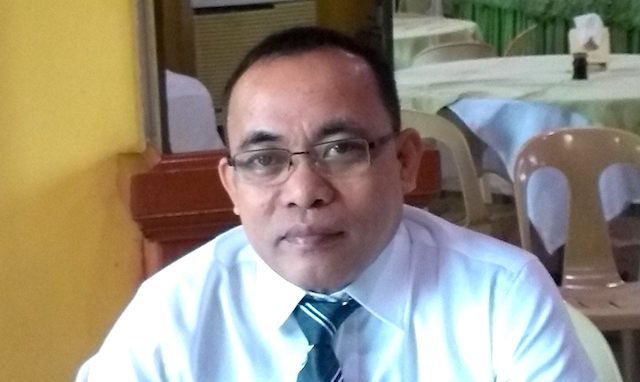 Facebook Twitter Copy URL
Copied
(UPDATED) Pat Pacquiao, who hosts a daily radio program at a station in Tagum City, is attacked by motorcycle-riding men outside his house

DAVAO CITY, Philippines (UPDATED) – Unidentified gunmen shot and wounded the information officer of the Davao del Norte government past 7 am on Friday, October 11.

Lieutenant Colonel Ariel Acala, Tagum City police chief, said Pat Pacquiao was heading home after his morning program at a local radio station when he was shot by a still unidentified gunman.

“He was nearing his house in Purok White Dove in Visayan Village when attacked,” Acala told Rappler by phone.

The police officer said Pacquiao sustained a lone gunshot wound on his back, near the right shoulder. He was  rushed to a hospital.

Acala said that when interviewed by the police, Pacquiao could not say what the probable motive could be.

“He has not received any threat prior to the incident. We also have no record of him reporting any threat to his life,” Acala said.

In an interview with a local radio station, Pacquiao said it appeared that the gunman, who was on a motorbike driven by another person, tailed him.

“I was driving to my house and was nearing it when I heard successive gunfire,” he said.

Pacquiao said he slowed down and was stunned when a man, who was wearing a handkerchief as a mask, suddenly emerged and fired more shots at him.

He said he immediately loosened his seat and kicked the dashboard so his seat would move backward as fast as it could.

“If I did not do that, I would have been fatally hit,” Pacquiao added.

Acala said no lead had been established yet.

The attack on Pacquiao, who used to be station manager of RP-FM Tagum prior to his appointment as PIO in August, came as the local journalists in Davao del Norte were preparing for a fun shoot on Friday, in connection with the celebration of the Press Freedom Month.

Mindanao journalists strongly condemned the attack on Pacquiao, and urged authorities to “no leave no stone unturned” in their investigation.

“We reiterate that harming any member of the press for any adverse commentary is a dastardly act not worth of a civilized society. Should any member of the media profession go out of bounds in his or her commentary, the legal remedies remain the best option to exact accountability,” members and officers of the Mindanao Independent Press Council said in a statement on Saturday, October 12.

They also reminded fellow journalists “that freedom of expression has its limits, and there is no substitute for fair, objective commentary.”

The group appealed to police to provide “adequate security” to Pacquiao. – Rappler.com