MANILA, Philippines – A Manila prosecutor has ordered the release of the 4 suspects in the killing of Batuan, Masbate Vice Mayor Charlie Yuson III.

The order was given on Friday, October 11, a day after the alleged gunmen were arrested and two days after Yuson was shot dead. (READ: Masbate town vice mayor’s slay: Alleged gunmen from Tarlac, Laguna arrested) 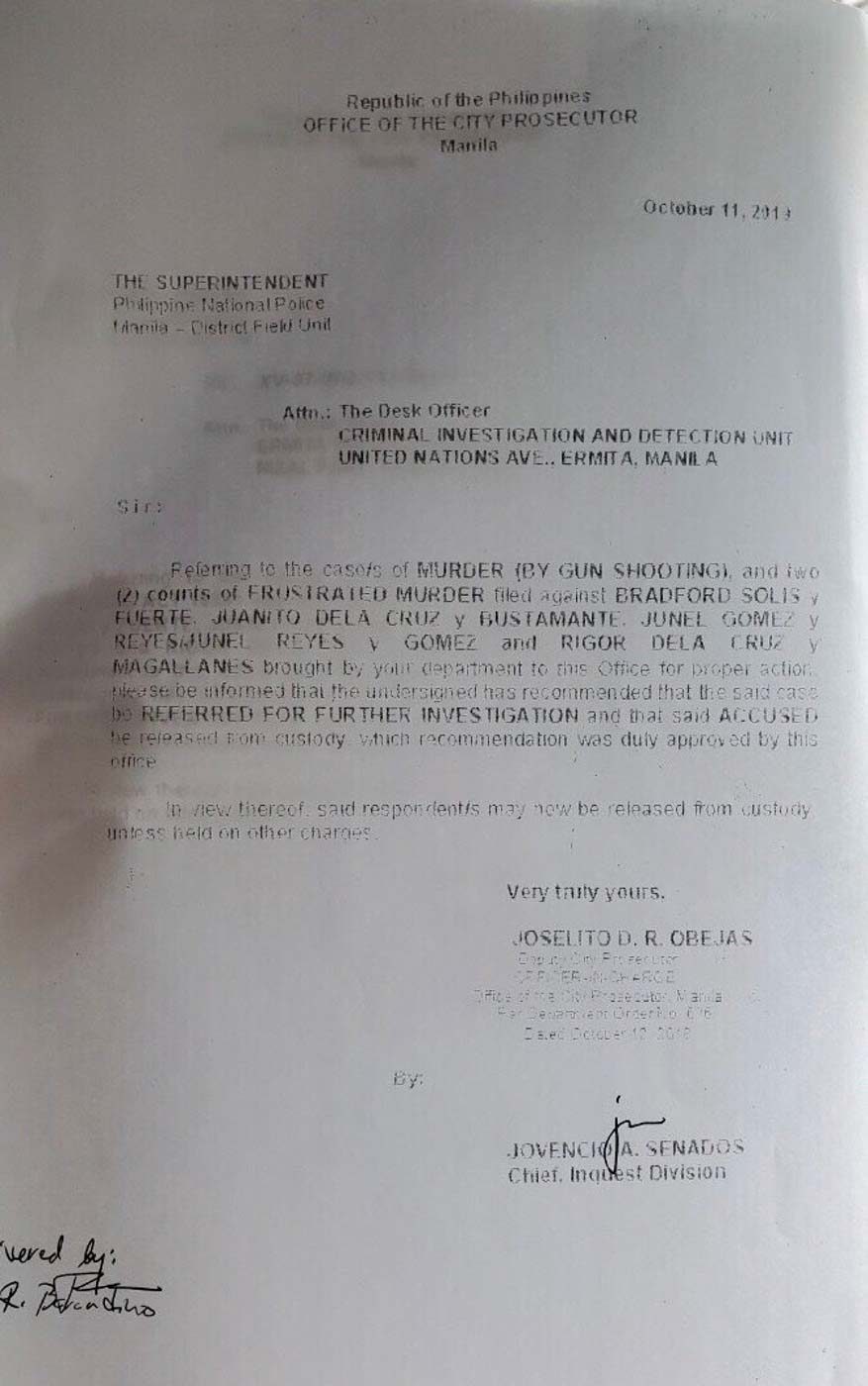 The 4 were arrested after the plate number of the van they used to arrive at and flee the crime scene was identified through a CCTV footage in Sampaloc, Manila.