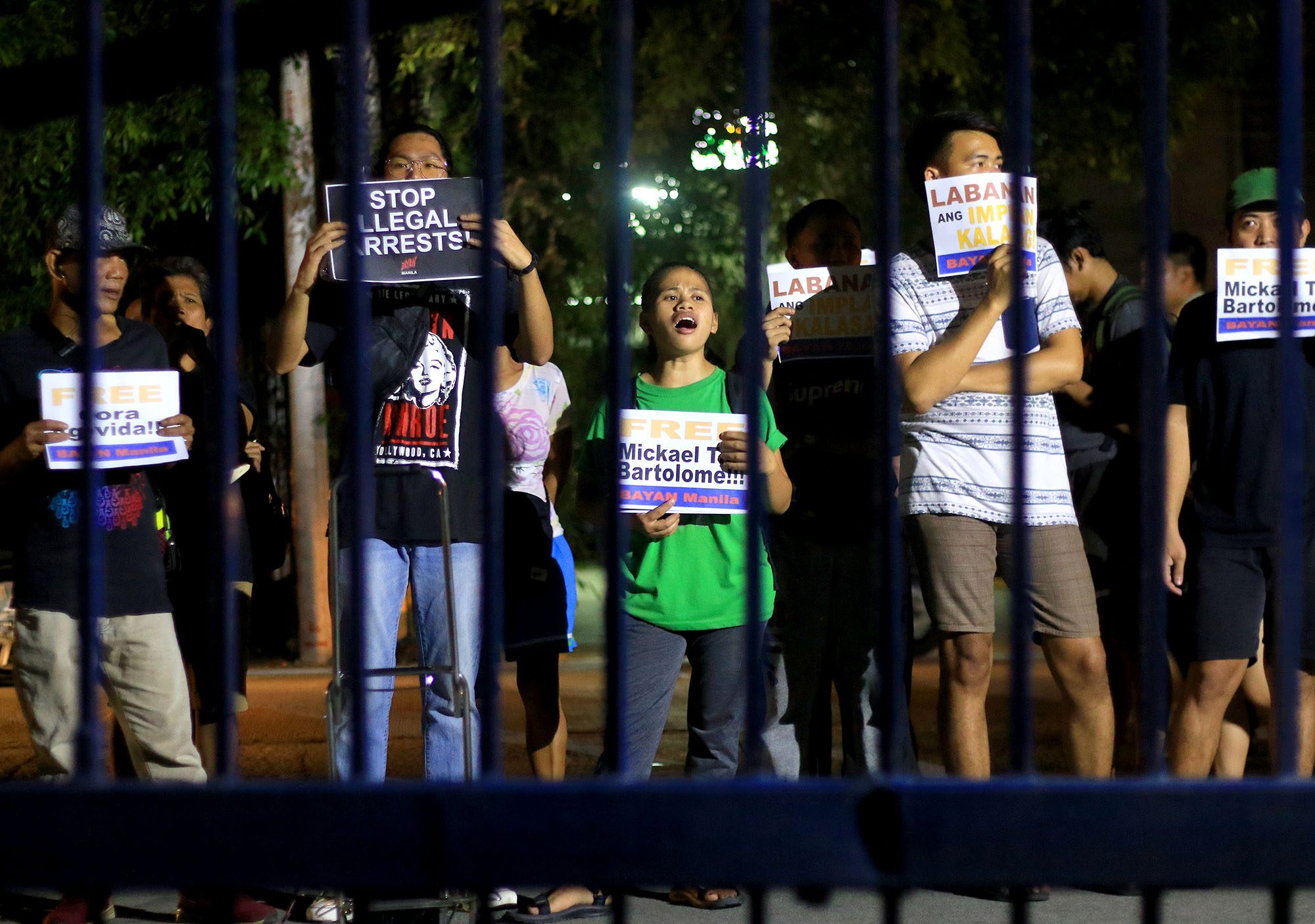 MANILA, Philippines – Bayan Muna has called on the Supreme Court to review the actions of the Quezon City judge who issued search warrants for the offices and homes of activists in Bacolod and Manila.

Quezon City Regional Trial Court (QC RTC) Executive Judge Cecilyn Burgos-Villavert issued the warrants to allow police to conduct searches on the offices of progressive groups in Bacolod and for the house of Kadamay members in Manila on October 30. The search and arrests happened the next day, on October 31.

SC Circular A.M No. 03-8-02-SC empowers the executive judges of the Manila and QC RTCs to issue search warrants that can be served outside their jurisdictions, but following certain procedures.

Section 12, Chapter V of the circular says the Manila and QC executive judges have the authority to act on applications of the Philippine National Police (PNP) and the National Bureau of Investigation (NBI), but that the applications “shall be personally endorsed by the heads of such agencies.”

For Bayan Muna, the rule means that the PNP chief should have endorsed the application for search warrants.

“Did the OIC PNP Chief endorse it? Under the rules the judge must ensure that the application is endorsed by the head of agency, otherwise she would be violating the rules for issuing the warrant,” said Bayan Muna Representative Carlos Zarate.

Under the same circular, the executive judges of Manila and QC “shall keep a special docket book listing names of Judges to whom the applications are assigned, the details of the applications and the results of the searches and seizures made pursuant to the warrants issued.”

“Such grave abuse of power resulted to the deprivation of liberty of numerous legitimate activists, in violation of their constitutional rights,” he added.

The arrested individuals were charged with the non-bailable offenses of illegal possession of firearms and explosives, the usual charges against activists.

“This is another case indicating a crackdown against activists. All elements, including the use of illegal possession of firearms and explosives to charge activists, are glaring in this latest arrest targeting critics of the government,” said rights group Karapatan.

New National Capital Region Police Office (NCRPO) chief Debold Sinas denied that there was a crackdown on the Left.

“I don’t think so, that there is a crackdown on militant groups. It was just an ordinary implementation,” Sinas told reporters during a press briefing on Friday, November 1. – Rappler.com