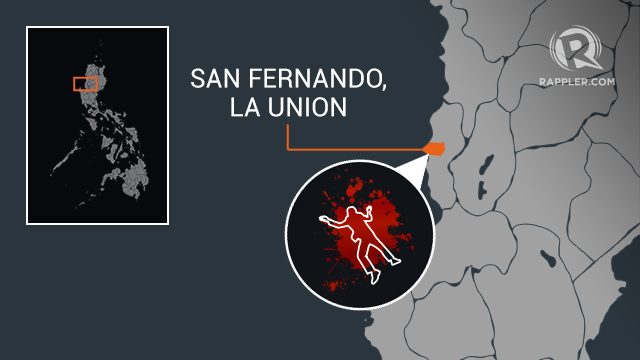 Court Administrator Midas Marquez relayed to reporters Tuesday night the incident report of Bañez’s death, and added that the judge was proclaimed dead on arrival. He was 54.

Bañez was shot while on board his vehicle in Barangay Mameltac, San Fernando, La Union.

“Victim was on his way home on board of a Hyundai Accent when shot by unidentified suspect [who] fled after the incident,” the incident report said. “Motive of the incident is yet to be determined.”

Mariano was accused by the army as a New Peoples Army (NPA) rebel who masterminded an ambush of members of the 81st Infantry Battallion in 2017 in Quirino, Ilocos Sur, where one soldier died.

In his decision, Judge Bañez condemned the killing, but said: “It would be more deplorable and unfair to convict the accused of all these serious crimes charged against her upon the quality of the evidence adduced by the prosecution.”

As of Rappler’s last count, Judge Bañez is the 6th judge killed under the Duterte administration. In total, at least 43 judges, prosecutors, and lawyers had been killed since July 2016.

Chief Justice Diosdado Peralta called for “relentless” efforts on the part of law enforcers to arrest those behind the ambush.

“On behalf of the Judiciary, I strongly condemn the killing of Regional Trial Court Judge Mario Anacleto Bañez of Tagudin, Ilocos Sur. I call on the law enforcement agencies to exert their best efforts and be relentless in their investigation for the immediate apprehension of those responsible for this atrocious and dastardly act. I also extend my deepest sympathies to the family of Judge Bañez,” Peralta said in a statement. – with a report from Frank Cimatu/Rappler.com