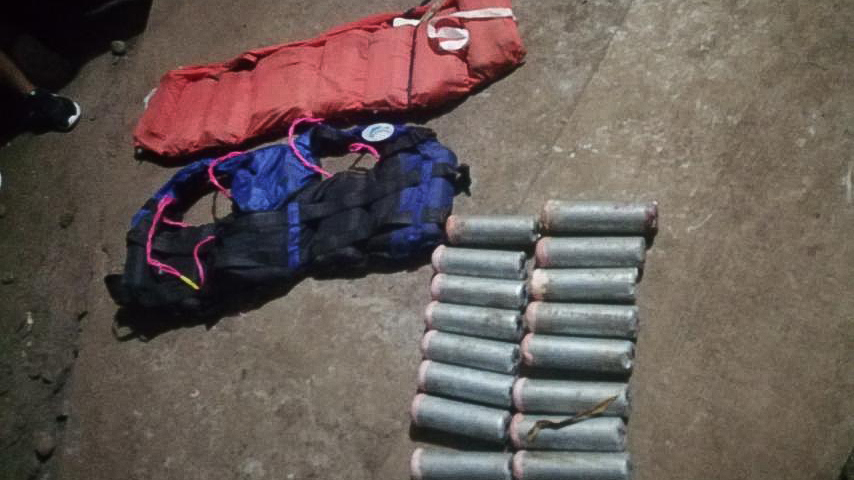 According to a spot report obtained by Rappler, Egyptians “Abduramil” and his son “Abdurahman,” and a Filipino named “James” were “intercepted” at a military checkpoint at around 5 pm.

A separate report from AFP Westmincom’s Joint Task Force (JTF) Sulu said the suspects were on their way to Metro Jolo, the capital of Sulu, to carry out their suicide mission when troops from the Army’s 41st Infantry Division and 1102nd Infantry Brigade flagged them down.

The suspects fired at the soldiers, who fought back, killing the 3 terrorists “instantaneously.”

Army troops recovered a .45 caliber pistol with ammunition, a hand grenade, and two vests with explosives and triggering devices.

Security forces have been on the watch for several foreign “bombers” suspected to be working with the ASG faction led by Hatib Hajan Sawadjaan, who is said to be the leader of the terror group Islamic State (ISIS) in the Philippines.

Sulu province has seen a series of suicide bombings since January this year, when an Indonesian couple blew themselves up during mass in a cathedral in Jolo town, killing 23 people.

On June 28, two men attempted to break into an Army camp also in Indanan, but blew themselves up when accosted by government troops. One of the attackers was a Filipino named Norman Lasuca. On September 8, a “caucasian-looking” woman blew herself up near a military checkpoint in Indanan. No one else was killed in the blast.

On July 31, 2018, a van exploded at a paramilitary outpost in Lamitan City, Basilan, killing 10 people. The military said the attacker was likely a foreigner. The attack was blamed on the ISIS-linked ASG leader in Basilan, Furuji Indama.

The two Egyptian suspects killed on Tuesday were “allegedly the husband and son” of the female bomber in the September 8 attack in Indanan, JTF Sulu said in its report.

Meanwhile, the vests recovered from the killed suspects were similar to those used by the bombers in the June 28 attack, the report added.

Several extremist groups in the Philippines are known to have links to ISIS, mainly the ASG factions under Sawadjaan and Indama, and a faction of the Bangsamoro Islamic Freedom Fighters under Abu Torayfie, also known as the Dawlah Islamiyah Torayfie Group. – Rappler.com