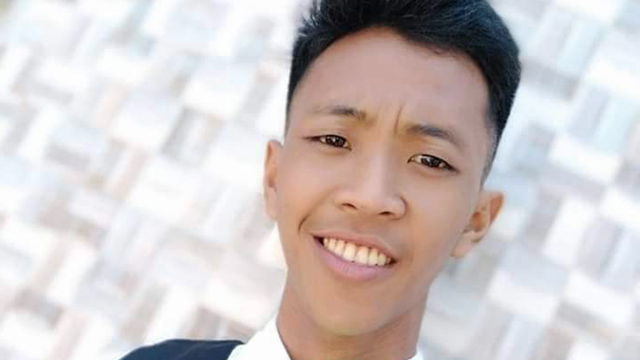 MANILA, Philippines (UPDATED) – A freshman at the Philippine Military Academy in Baguio City was found dead at the bottom of the campus swimming pool on Friday afternoon, November 8, the PMA said in a statement.

Cadet 4th Class Mario Telan Jr, 20, attended his swimming class from 11 am to 12 pm, and then failed to attend his succeeding classes.

According to investigation, Telan was missing during the mess formation at around 12:15 pm. The squad leader fell out from the formation to look for Telan but did not find him.

A search was carried out by upper class cadets around 1:20 pm, and his things were found at the comfort room of the swimming pool. At around 2:44 pm, Telan was found “in the 15-foot deep end of the pool.”

“Efforts were done to revive him and he was immediately transferred” to the PMA Station Hospital inside the campus, Fort General Gregorio del Pilar in Baguio City, the academy said.

Telan was declared dead on arrival by the attending physician. The PMA said he “drowned.”

“In coordination with PNP (Philippine National Police) Baguio, a thorough investigation is now being conducted to determine the events that transpired leading to this incident. All needed actions and protocols are being undertaken to deal with any infraction and/or irregularity,” the PMA said, adding it has suspended all swimming classes until the incident is resolved.

This follows two other PMA cadets’ deaths in the last two months. On September 18, Cadet 4th Class Darwin Dormitorio died at the campus hospital from injuries he sustained from hazing and torture in the hands of fellow cadets.

On October 28, Cadet 2nd Class Cedrick Gadia died of cancer at the Armed Forces of the Philippines (AFP) Medical Center in Quezon City.

Telan belonged to the Alpha Company of the AFP Cadet Corps.

“PMA deeply grieves for this unfortunate loss of one of our sons. All necessary assistance will be extended to the bereaved family and loved ones of Cadet 4th Class Telan,” the academy said. – with a report from Mau Victa/Rappler.com