Suspect in slay of Dumaguete broadcaster placed on immigration lookout 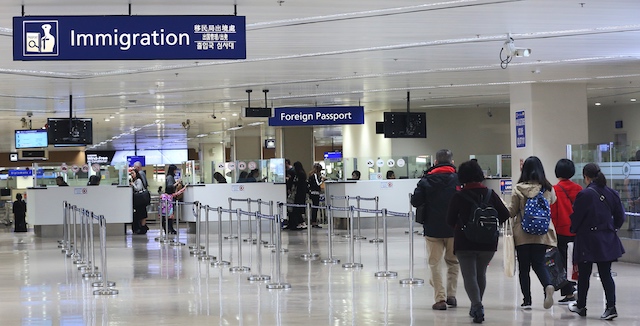 CEBU CITY, Philippines – The Department of Justice (DOJ) issued a lookout bulletin on Tuesday, November 12, for Tomasino Aledro, the suspected shooter of a Dumaguete broadcast journalist.

DOJ Secretary Meinardo Guevarra said he had instructed the Dumaguete City Prosecutor’s Office to issue a hold departure order against the Aledro.

A lookout bulletin compels the Bureau of Immigration to alert concerned agencies when a suspect or person awaiting trial attempts to leave the country, but does not require personnel to stop the suspect from leaving.

Dindo Generoso, 67, a Dumaguete City-based radio block-timer, was on his way to work at dyEM 96.7 Bai Radio on Thursday morning, November 7, when assailants riding a motorcycle fired at his car.

The victim died on the spot due to multiple gunshot wounds.

An initial amount of P80,000 reward money has been offered to anyone who can give information on the whereabouts of alleged gambling lord Aledro and Police Corporal Roger Rubio, who are facing murder charges along with two other suspects in connection with the killing of Generoso.

Two other suspects, Glenn Corsame and Teddy Reyes Salaw, were arrested on November 8.

Meanwhile, international journalism watchdog Committee to Protect Journalists condemned the killing of the radio broadcaster and called on Philippine authorities to identify the motive behind the killing and bring all of the perpetrators swiftly to justice.

The killing took place only a week after the 2019 Global Impunity Index by the Committee to Protect Journalists was reported, saying that the Philippines has the highest number of unsolved media killings at 41 over the past 10 years.

It was also a couple of weeks before the anniversary of the 2009 Maguindanao Massacre, where dozens of journalists accompanying then-Magadainao gubernatorial candidate Ishmael Mangudadatu were killed. – Rappler.com