Nov 14, 2019 9:49 AM PHT
Facebook Twitter Copy URL
Copied
(UPDATED) After 5 months of waiting, the fishermen of Gem-Ver say they are ready to return to the site where they almost died in June 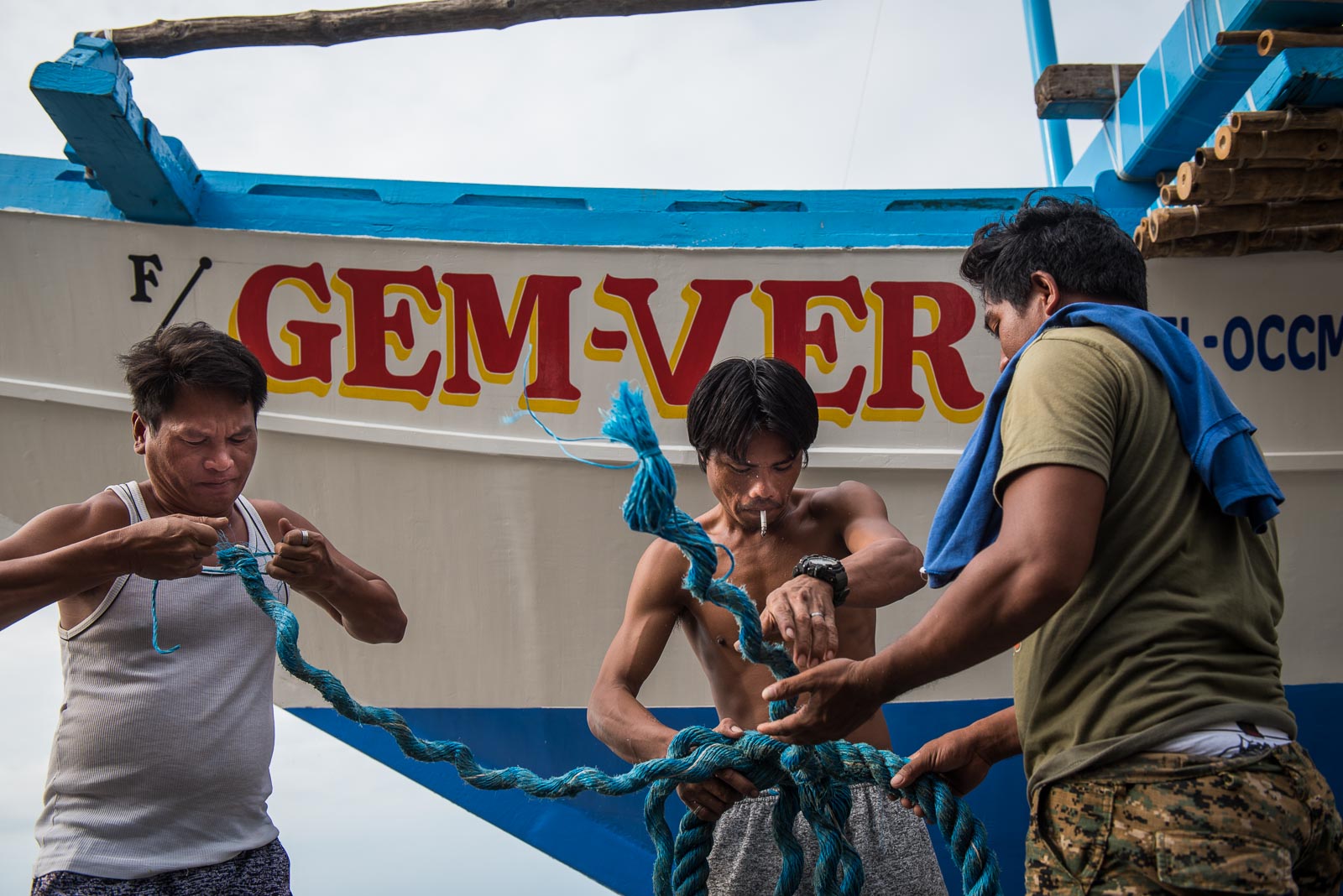 OCCIDENTAL MINDORO, Philippines (UPDATED) – Gem-Ver, the Philippine fishing boat sunk and abandoned by a Chinese fishing vessel in the West Philippine Sea, is back at sea after months of repairs by its crewmen.

Still reeling from the tragedy which has been downplayed by the Philippine government as a mere “maritime incident,” the fishermen are returning to Recto Bank, the same site where they almost died in June. (READ: THE SINKING OF GEM-VER: Barko! May babanggang barko!)

Fishermen started hauling the ship back to sea by the shore of Barangay San Roque in San Jose, Occidental Mindoro at about 8 am on Thursday, November 14. Using a payloader, Gem-ver moved forward inch by inch with the fishermen constantly readjusting beams of wood below to help tilt the heavy ship forward.

Of the original 22 who were on Gem-Ver’s ill-starred voyage, 16 returned for its first trip back since the sinking. Gone are the captain Junel Insigne and mechanic Boy Gordiones.

Bringing the boat back to sea is an arduous process: First, thick ropes are tied to the payloader’s bucket while heavy wooden beams that had been placed below the boat for balance are doused with water to reduce friction. After the wood is adjusted, the payloader hits on the gas to pull Gem-Ver into the ocean. The fishermen then run towards the boat’s hull to adjust the wooden beams, dig away sand under the ship, and tighten the rope connecting Gem-Ver to the payloader.

The process is repeated for hours until the ship hits the water. At about 12:30 pm Gem-Ver is finally back into the water after the fishermen gave it a final push and fishing boat Gem-Ver 2 tugged it farther away from shore.

The descent signaled the return of a reconstructed Gem-Ver after its stern was torn off by a speeding Chinese trawler in June 2019.

When all but the tip of its bow sank, the water ruined its engines, washed away its radio and navigation systems, spoiled a week’s yield of fishing, and took away treasured belongings of the crewmen. (READ: Despite Duterte, Gem-Ver fishermen buckle down to work)

Despite this, the men of Gem-Ver said they were prepared to return to the site where they nearly lost their lives. After 5 months without work, they said it was their only option.

After its descent, the men will take days more to stock up and return to Recto Bank. They hope to return home by Christmas. 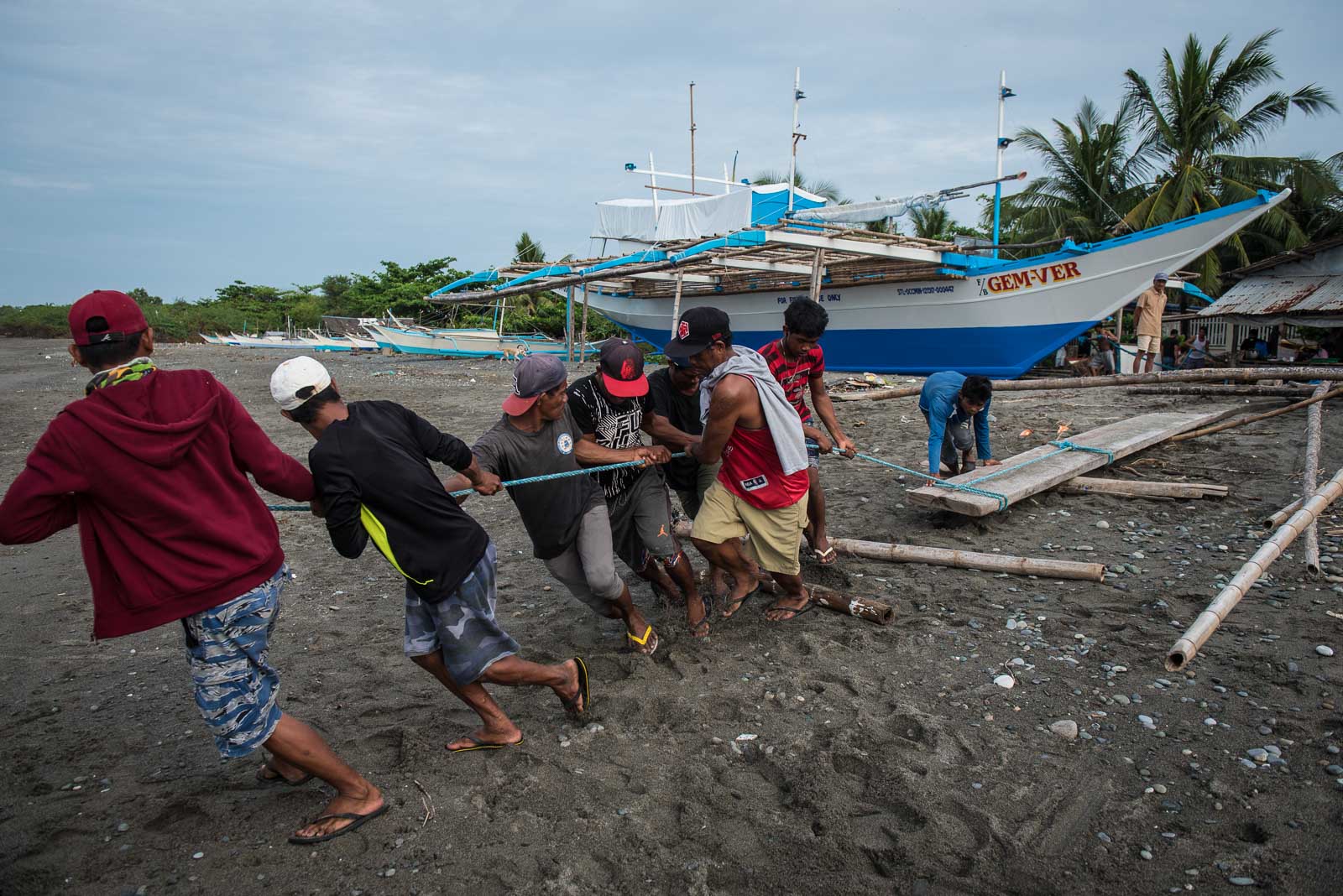