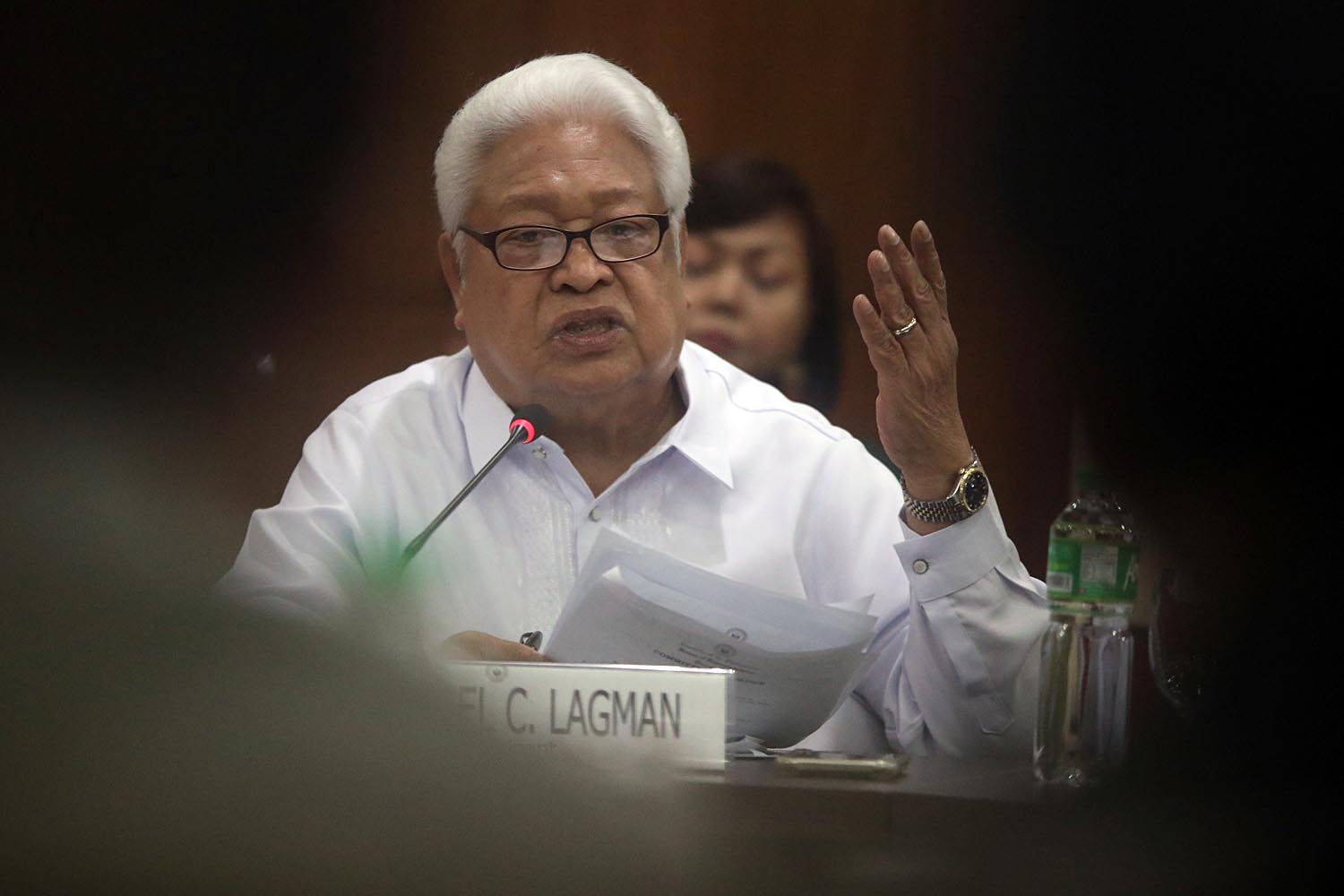 MANILA, Philippines – Albay 1st District Representative Edcel Lagman claimed the House of Representatives is railroading the passage of the Malasakit Center bill upon the “imposition” of Senator Bong Go.

On Thursday, November 14, the opposition congressman said the House plenary did not have quorum anymore when it passed on 2nd reading the bill that would institutionalize Malasakit Centers in all government-run hospitals nationwide.

“Due to the imposition by Go that a House bill identical to his must be approved and the House leadership’s acceding to his insistence, the committee system of the House as well as the import of its plenary deliberations were put to naught in favor of exigency and conscripted unanimity,” said Lagman in a statement.

On Wednesday evening, November 13, the House replaced at the last minute House Bill (HB) No. 5477 – the lower chamber’s own version of the Malasakit Center measure – with a substitute bill that Lagman claims is a “copycat” of the Senate bill backed by Go. The senator considers Malasakit Centers as his pet project, though these are run by several government agencies.

According to Lagman, not even House committee on health chairperson Angelina Tan, who sponsored HB No. 5477 for 2nd reading approval in the plenary, was able to read the substitute bill in full before the plenary voted on it.

Lagman tried but failed to stop the bill’s passage on 2nd reading. The measure now only needs to go through a 3rd and final reading before it hurdles the House.

“The copycat version of which (HB No. 5477) was purportedly and hurriedly crafted by the committee on rules was the direct aftermath of Go’s importuning for the House leadership to cause the approval of a version completely identical to his Malasakit bill in order to preclude a bicameral conference committee,” said Lagman.

Rappler already sought comments from both Tan and Go, but they have yet to respond as of posting time.

Lagman earlier raised a red flag over the bill, saying the Malasakit Centers are being used as a “partisan tool.” This led the veteran congressman to get in a word war with Go, who ridiculed Lagman’s looks in his first privilege speech as neophyte senator.

The Commission on Elections later ordered the Department of Health to take down these posters after citizens complained that government funds were being used to promote Go’s senatorial candidacy. – Rappler.com