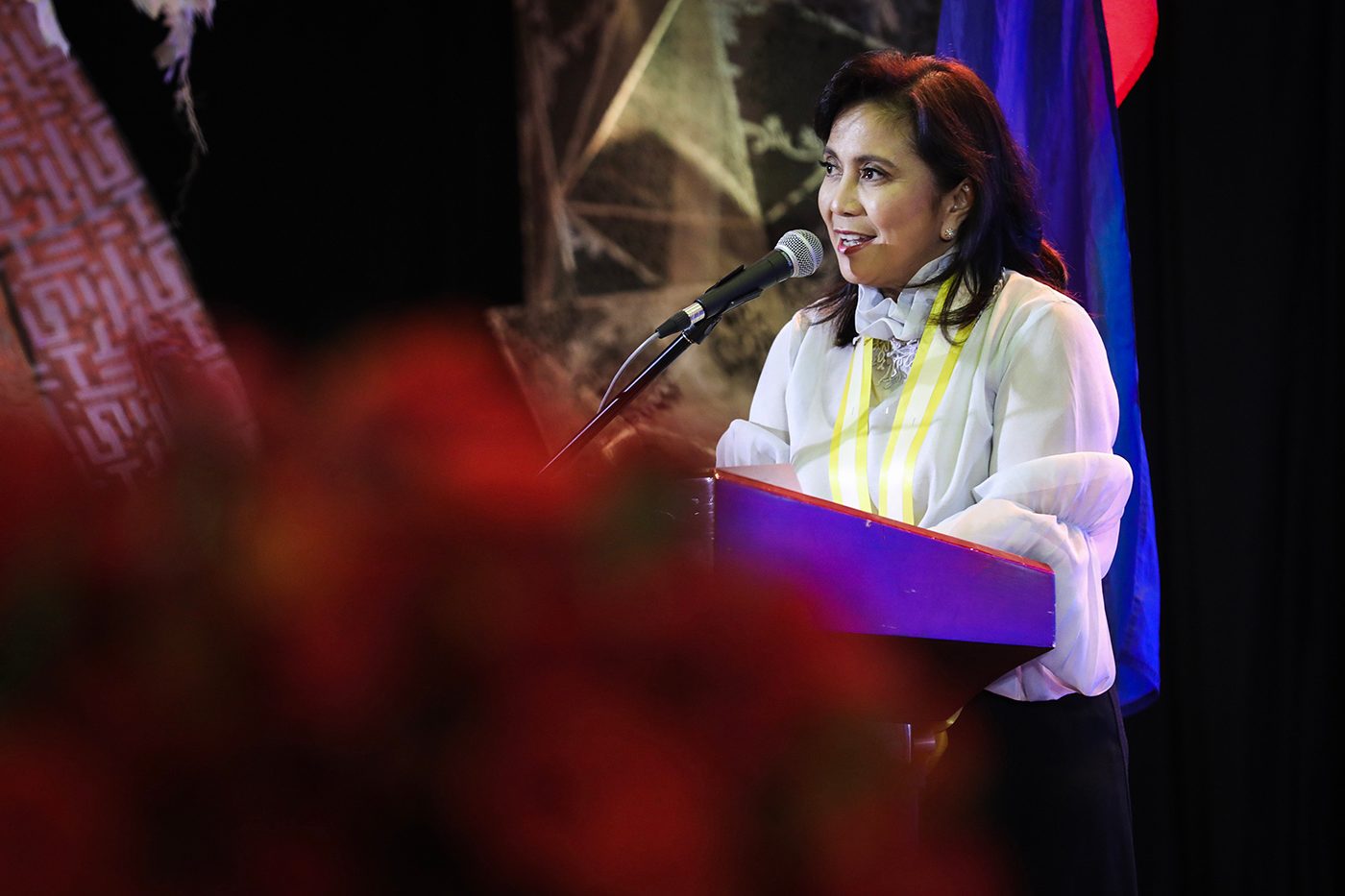 Facebook Twitter Copy URL
Copied
No one has been delisted since 2016, says the vice president, although thousands had already turned themselves in for rehabilitation

MANILA, Philippines – Vice President Leni Robredo said on Saturday, November 16, that cleaning up the drug list of the government was a top priority for her, particularly removing names of innocent people.

Robredo made the example of her hometown Naga where, according to her, people “surrendered” and became part of the local list just out of fear.

(They said many of the people on the list just surrendered even though they are not involved in drugs, they’re not users, but they surrendered because they were scared.)

Rpbredo said that the Inter-Agency Committee on Anti-Illegal Drugs (ICAD), which she now co-chairs, agreed during the last meeting to round up the Barangay Anti-Drug Abuse Councils (BADACS) to start cleaning up local lists.

Robredo said that she was informed no one has been delisted since 2016, not even those who already turned themselves in for rehabilitation.

(I said maybe the list’s integrity is the problem, because you keep adding up people but you don’t remove names – so you don’t get to measure the success of the rehabilitation.)

Record-keeping has been a problem in the drug war, and the statistics of rehabilitated drug users is not spared.

Robredo reiterated that she would lead the ICAD to follow a data-driven and evidence-based policy-making.

The drug lists were among the issues being deliberated on by the Supreme Court, which would decide on petitions seeking to declare the drug was as unconstitutional.

Oral arguments in the Supreme Court in 2017 highlighted the lack of transparency of compiling those lists, and even getting your name off the list.

The BADACs and other barangay mechanisms are at the heart of compiling drug lists, slammed repeatedly for violating rights to privacy, rights against illegal search and rights against surveillance.