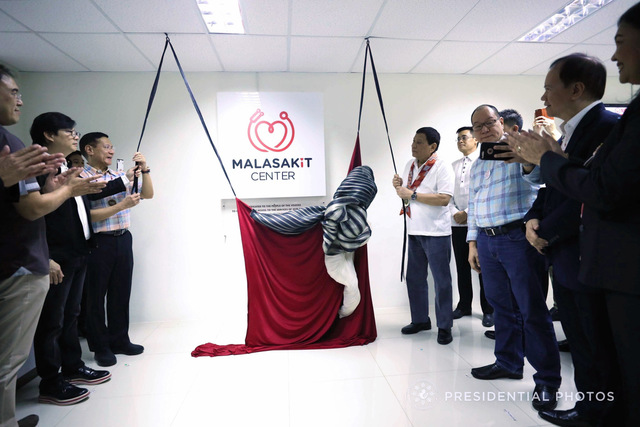 MANILA, Philippines – The House of Representatives gave its nod to the bill that would require government-run hospitals to establish and give annual funds to Malasakit Centers.

On Monday, November 18, 185 legislators approved House Bill (HB) No. 5477 on 3rd and final reading. Only Albay 1st District Representative Edcel Lagman voted no, while 7 abstained from the vote.

Under the bill, Malasakit Centers would be formally included in the programs of the Department of Health (DOH) to “complement” the universal health care program.

All DOH-run hospitals would be required to put up Malasakit Centers, which would serve as a one-stop shop so indigent patients would be able to access medical and financial aid from the DOH, Department of Social Welfare and Development, Philippine Charity Sweepstakes Office, and Office of the President in one place.

Lagman had strongly opposed the bill, the passage of which he claimed was railroaded by the House upon the “imposition” of Senator Bong Go. The senator considers Malasakit Centers as his pet project, though these are run by several government agencies.

Lagman argued that when the House approved the measure on 2nd reading on November 13, there was no quorum in the plenary as “only a handful” of legislators were present.

He also said HB No. 5477 is a “copycat” of the version passed by the Senate on November 11. This means both bills will no longer have to go through deliberations at the bicameral conference committee level before being transmitted to Malacañang for President Rodrigo Duterte’s signature.

It was Lagman who questioned why the Malasakit Centers would be given funds when these are being used as a “partisan tool.”

This led the veteran congressman to get in a word war with Go, who ridiculed Lagman’s looks in his first privilege speech as neophyte senator.

The Commission on Elections later ordered the Department of Health to take down these posters after citizens complained that government funds were being used to promote Go’s senatorial candidacy. – Rapler.com