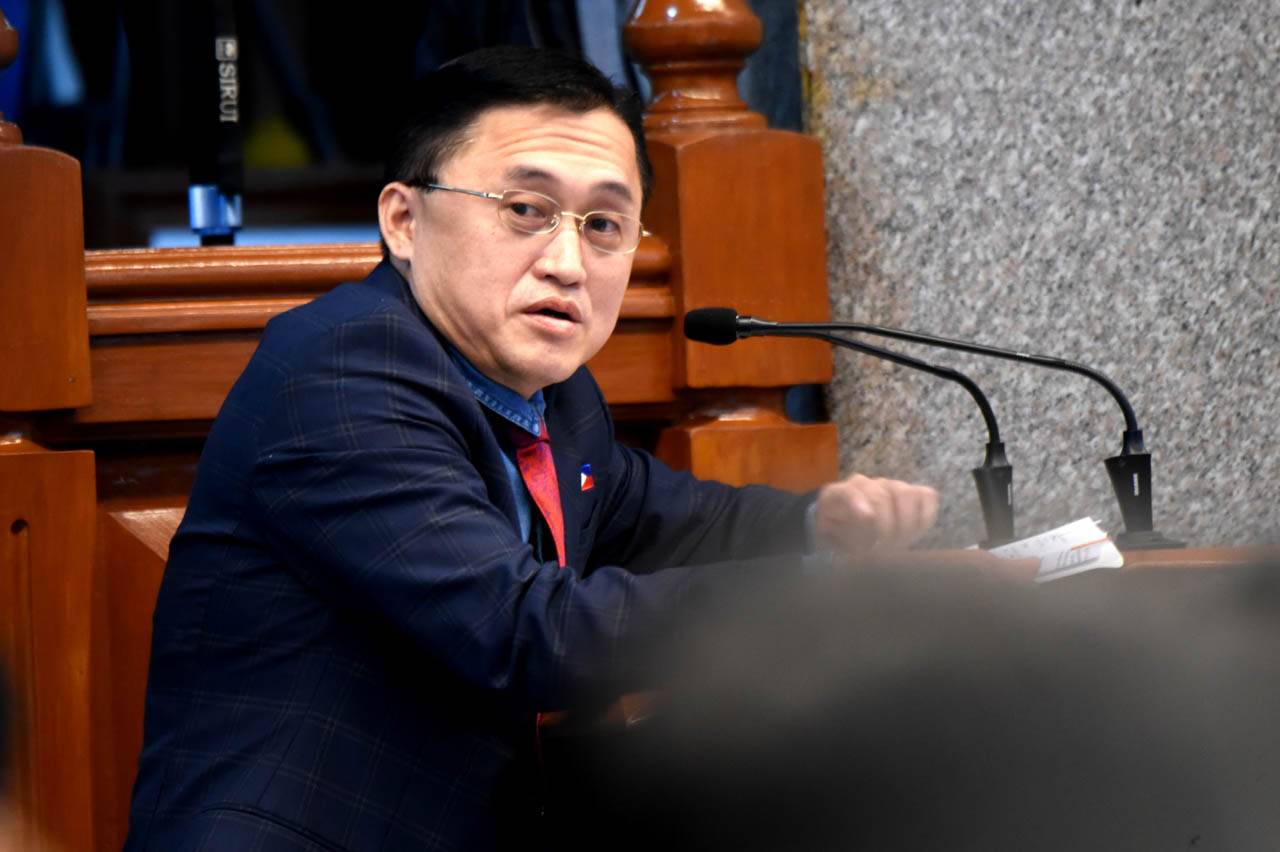 Halfway through the administration and after numerous explainers on the issue, Senator Christopher “Bong” Go still wrongly thinks the Commission on Human Right (CHR) protects only criminals.

During the plenary deliberations on the CHR’s budget for 2020, the former special assistant to President Rodrigo Duterte complained about the alleged treatment by the Commission of policemen accused of committing human rights violations under the administration’s violent and bloody war on drugs.

To emphasize his point, the senator even played a 15-minute video highlighting alleged victims of crimes, the efforts of government agencies against illegal drugs, ending with a clip of Duterte proclaiming that he will be happy to die to protect the next generation.

Go even asked the Senate to suspend its rules, to allow Gascon to directly answer his question.

Replying, Gascon said that all Filipinos are covered by the Bill of Rights as established in the 1987 Philippine Constitution. (READ: Hate human rights? They protect freedoms you enjoy)

(Based on our bill of rights, victims, criminals, suspected criminals require minimum treatment. Our objective is to remind our partners in government that they should do what they can in accordance with the law.)

“All persons are guaranteed rights to due process…so if there’s a crime, then definitely the state must move in to punish the criminal, but the criminal must be punished in accordance with the rule of law,” Gascon added.

Established under the 1987 Philippine Constitution, the CHR is an independent body that ensures the protection of human rights as guaranteed by the Bill of Rights. It conducts investigations and also provides assistance and legal measures for the protection of these rights, as guided by Section 18, Article XIII.

Go’s line of questioning isn’t new. It has been the same message that Duterte and his allies have used against the CHR since 2016, mostly as retribution for its criticism of the drug war.

The President, based on his speeches throughout the years, painted the CHR as a hindrance to the administration’s promise of change, even going as far as openly threatening human rights advocates. (READ: Human rights: How to deal with Duterte, the biggest challenge?)

Until when will administration allies intentionally sell the idea that protecting innocent lives and respecting human rights cannot coexist? The public can only speculate.  – Rappler.com