Amid crackdown, activists lose another bid for extraordinary legal remedy 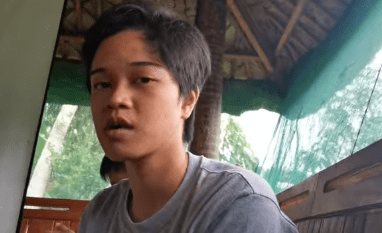 MANILA, Philippines – The Court of Appeals (CA) has denied the petition for writ of habeas corpus filed by the family of Alexandrea Pacalda, saying that the charges of illegal possession of firearms and explosives filed against the Quezon youth activist have made her detention legal.

Soldiers arrested Pacalda without a warrant on September 14, and reportedly forced her to sign an affidavit of voluntary surrender. Pacalda has denied that she was a communist rebel and said she had signed the affidavit under distress, after suffering “mental torture.”

A petition for the writ of habeas corpus, the Latin phrase for “produce the body,” can compel the army to explain to the court why Pacalda remained in their custody, and to present her to the court itself. The military filed the charges against Pacalda on September 23, meaning Alexandrea was held without warrant for 9 days.

“The petition praying for the release of Alexandrea from detention loses legal mooring, and is rendered moot and academic by the subsequent informations filed against her before the Catanauan, Quezon Regional Trial Court (RTC) Branch 96,” said the Court of Appeals 3rd Division, in a ruling penned by Associate Justice Geraldine Fiel-Macaraig, with concurrences from Associate Justices Japar Dimaampao and Edwin Sorongon.

Pacalda’s lawyer, Rey Cortez of the National Union of Peoples’ Lawyers (NUPL), earlier told Rappler that while they acknowledged that the subsequent filing of charges became a legal basis for detention, they would have wanted the CA to rule on Pacalda’s 9-day detention without charges filed against her.

Law professor and human rights lawyer Ted Te said that a Marcos-time Supreme Court ruling has rendered the rule on the writ of habeas corpus “inutile.”

He is referring to the 1985 case, Ilagan vs Ponce Enrile, where lawyers  Laurente Ilagan, Antonio Arellano, and Marcos Risonar Jr were jailed based on a mission order during Martial Law.

The SC denied the petition for writ of habeas corpus “for having become moot and academic” following the filing of the non-bailable charge of rebellion.

Te explained that while the Rule on the Writ of Habeas Corpus does say that the remedy cannot be used “to authorize the discharge of a person charged with or convicted of an offense,” it could still launch an inquiry into the illegal detention.

Te said that the Ilagan decision makes everything moot from the start without even holding an inquiry.

Pacalda’s loss is the 3rd for the Left in only 5 months. Prior to Pacalda, Karapatan and the NUPL lost their respective petitions for amparo, which seek a protection order, in their cases, from alleged military harassment.

These failed court bids for extraordinary remedies come amid an intensifying crackdown on activists, with more than 60 arrested in one day by virtue of search warrants on October 31. These arrests led to the filing of more charges, adding to the growing list of more than 2,000 human rights workers charged in the 3 years of the Duterte administration – outnumbering those in the 9 years of Gloria Arroyo’s administration.

“That is why the Writs of Amparo and Habeas Data were promulgated in 2007 partly as a response to the proven limitations of habeas corpus,” said Olalia.

But they lost their bids for amparo too, even as administration ally Leyte 3rd District Representative Vicente Veloso lost his own bid for habeas data (destroy damaging information) after being included in President Rodrigo Duterte’s narcolist.

“As experience has time and again shown, even these two latter remedies prove to be inadequate or unavailing because of technicalities, varying interpretations, and gray areas if not loopholes taken advantage of by the law enforcement agents and their legal gladiators,” said Olalia. – Rappler.com