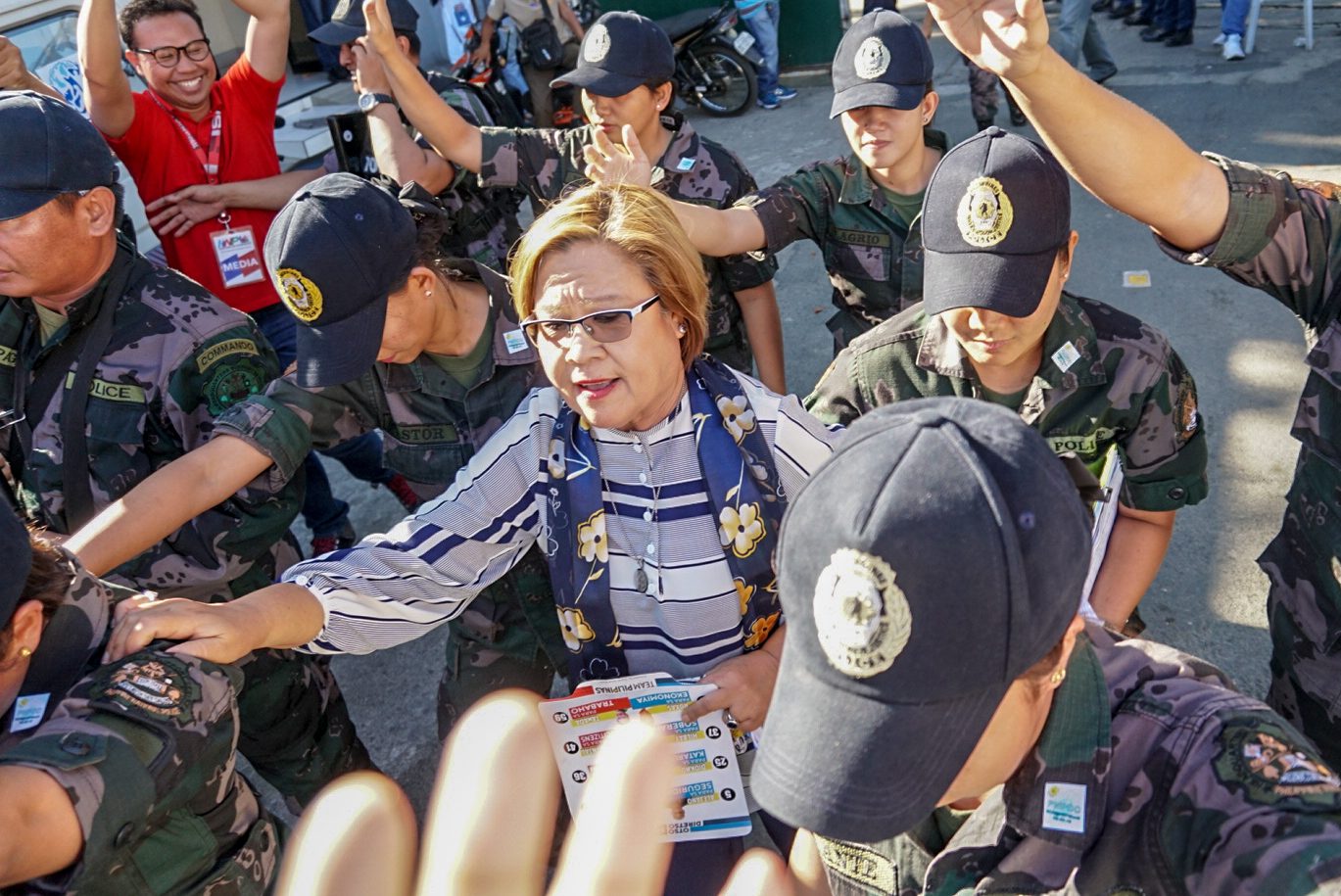 Facebook Twitter Copy URL
Copied
'With the Duterte administration silencing Senator De Lima and all domestic and international investigations into the killings, there is little hope for justice without our collective support,' says Canada-based Raoul Wallenberg Centre for Human Rights

In a statement on Monday, November 18, Canada-based Raoul Wallenberg Centre for Human Rights (RWCHR) hopes that actions from UN experts can “put enough pressure on the administration to release” De Lima from “unjust and arbitrary” detention.

“Senator De Lima was explicitly targeted as one of the few officials willing to speak up against the mass killings under Duterte’s drug war,” RWCHR chairperson Irwin Cotler said. “By raising her voice, we raise the voices of the tens of thousands of victims, and democracy itself, in the Philippines.”

The senator marks her 1000th day in detention on Wednesday, November 20. She was arrested on February 24, 2017, over drug charges stemming from her alleged links to drug lords detained in the New Bilibid Prison – accusations she claimed were made up in retaliation for her criticism of human rights violations under President Rodrigo Duterte. (READ: EXPLAINER: What is Leila de Lima being accused of?)

The senator was the Commission of Human Rights chairperson who initiated public hearings into the alleged existence of the Davao Death Squad under Duterte when he was mayor. She also led a Senate probe into the same controversy in 2016.

“With the Duterte administration silencing Senator De Lima and all domestic and international investigations into the killings, there is little hope for justice without our collective support,” Cotler said.  (READ: Duterte’s war on dissent)

Aside from De Lima, several other opposition figures have been subjected to harassment by the Duterte administration. Vice President Leni Robredo is facing an inciting to sedition complaint over  her alleged involvement in a plot to oust Duterte, which Robredo had denied.  (PODCAST: Inciting to sedition sa ilalim ni Duterte) – Rappler.com