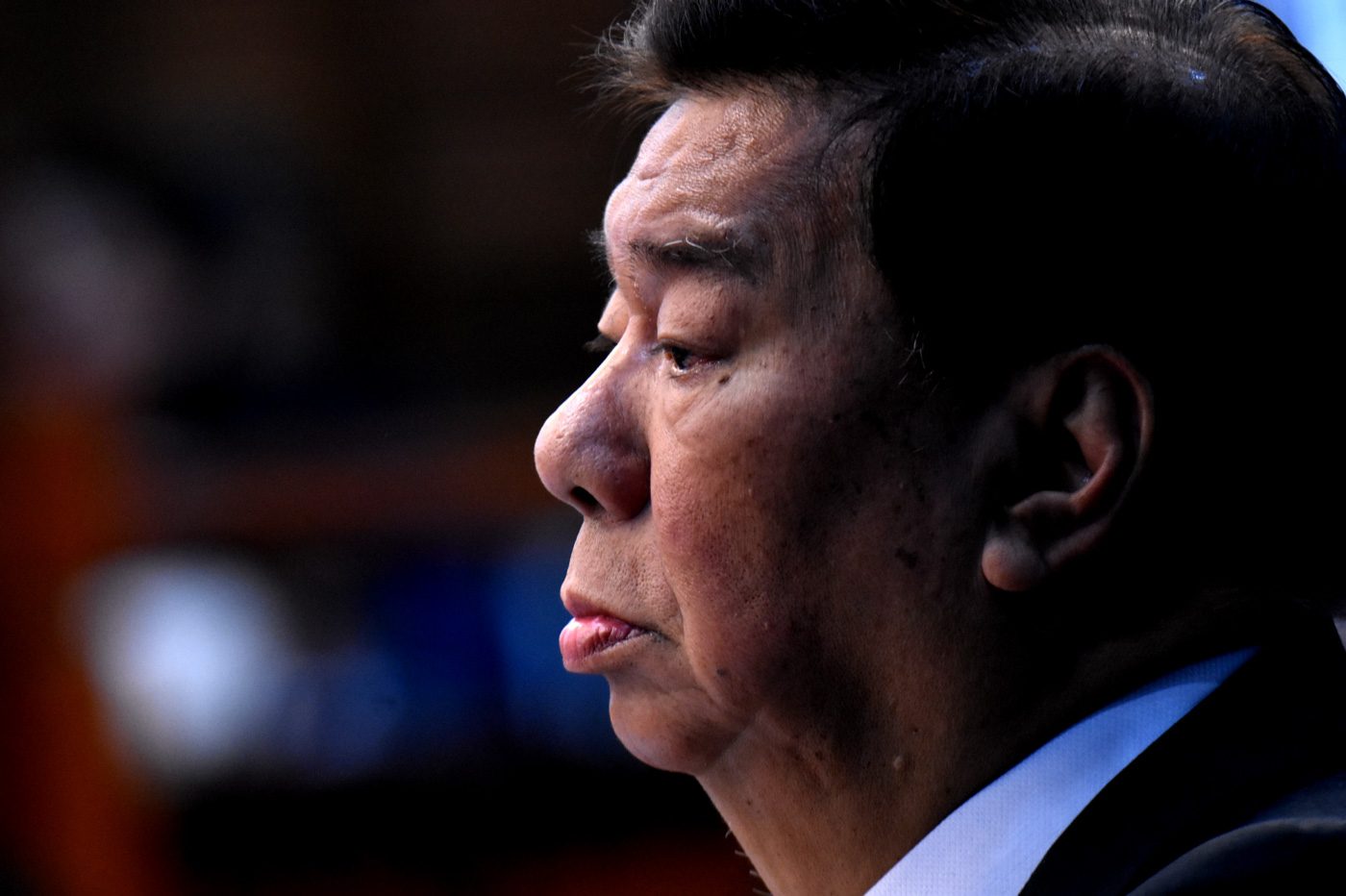 Facebook Twitter Copy URL
Copied
The New Clark facilities in Tarlac will host only sports: swimming and track and field

MANILA, Philippines – Senate Minority Leader Franklin Drilon questioned on Tuesday, November 19, why the government had to build the New Clark City facilities in Tarlac for the Southeast Asian Games (SEA Games) when the venue would host only two sports: swimming and track and field.

The New Clark City facilities was a project of the Bases Conversion and Development Authority (BCDA) and cost P9.5 billion to build. It has been rated Class 1 stadium by international standards.

Philippine Sports Commission (PSC) Chairman Butch Ramirez said on Tuesday it was possible to upgrade the 84-year-old Rizal Memorial Sports Complex in Manila to the same international standard for an estimated cost of P1.2 billion.

“If you put track and field in international standard, you have to spend more than P200 million on the track and more than P1 billion for the bleachers,” Ramirez said.

The exchange between Drilon and Ramirez happened on Tuesday during the floor deliberations of the 2020 budget of the PSC, which was attended by House Speaker Alan Peter Cayetano, the chairman of the  Philippine SEA Games Organizing Committee (Phisgoc).

Cayetano broke protocol and inter-chamber courtesy to attend the Senate hearing, after questions on SEA Games expenses were raised in the upper house by Drilon. (READ: P1.5 billion worth of SEA Games funds will not undergo public bidding)

Cayetano promised Drilon that the New Clark facilities would be of use for athletes, and even for profit, in the years to come.

“BCDA has been getting inquiries from American and European teams if they can train already there for [2020 Tokyo Olympics], because countries with harsh winter look for countries with better climate and they can acclimatize because Japan in July is similar to the Philippines,” said Cayetano.

Ramirez said building the New Clark facility is also a way of preparing to host the Olympics in the future.

“Based on RA 6847 (PSC law), it was stated there that the Philippines…is encouraged to host the Olympics. The idea of putting up that big structure perhaps is because maybe of that purpose,” said Ramirez.

“The Olympics? I think that is a pipe dream at this point,” Drilon told reporters after the hearing.

Senator Pia Cayetano made a manifestation, saying that to upgrade Rizal Stadium to the same standard as New Clark, Rizal Stadium would have to be demolished.

“In what looks like an empty parking lot, there is another track oval because you need a warm-up track beside the main  track so people can practice before their event. In addition to that, under the bleachers there is an 80-meter track to do their last-minute warm-up. To be able to do that in the Rizal Memorial complex, they would have to demolish,” said the Senator Cayetano, the House Speaker’s sister.

Pia Cayetano added that when training in New Clark, athletes are able to run outside and it would still be a conducive “park-like” environment. “As opposed to running in Roxas Boulevard, that’s the main difference,” said Pia Cayetano.

“The policy issue is, do we have to spend P9.5 billion facilities when in fact we could have spent P1.2 billion to refurbish Rizal Memorial Coliseum?” Drilon said. – Rappler.com