Will he accept? Guevarra nominated to Supreme Court 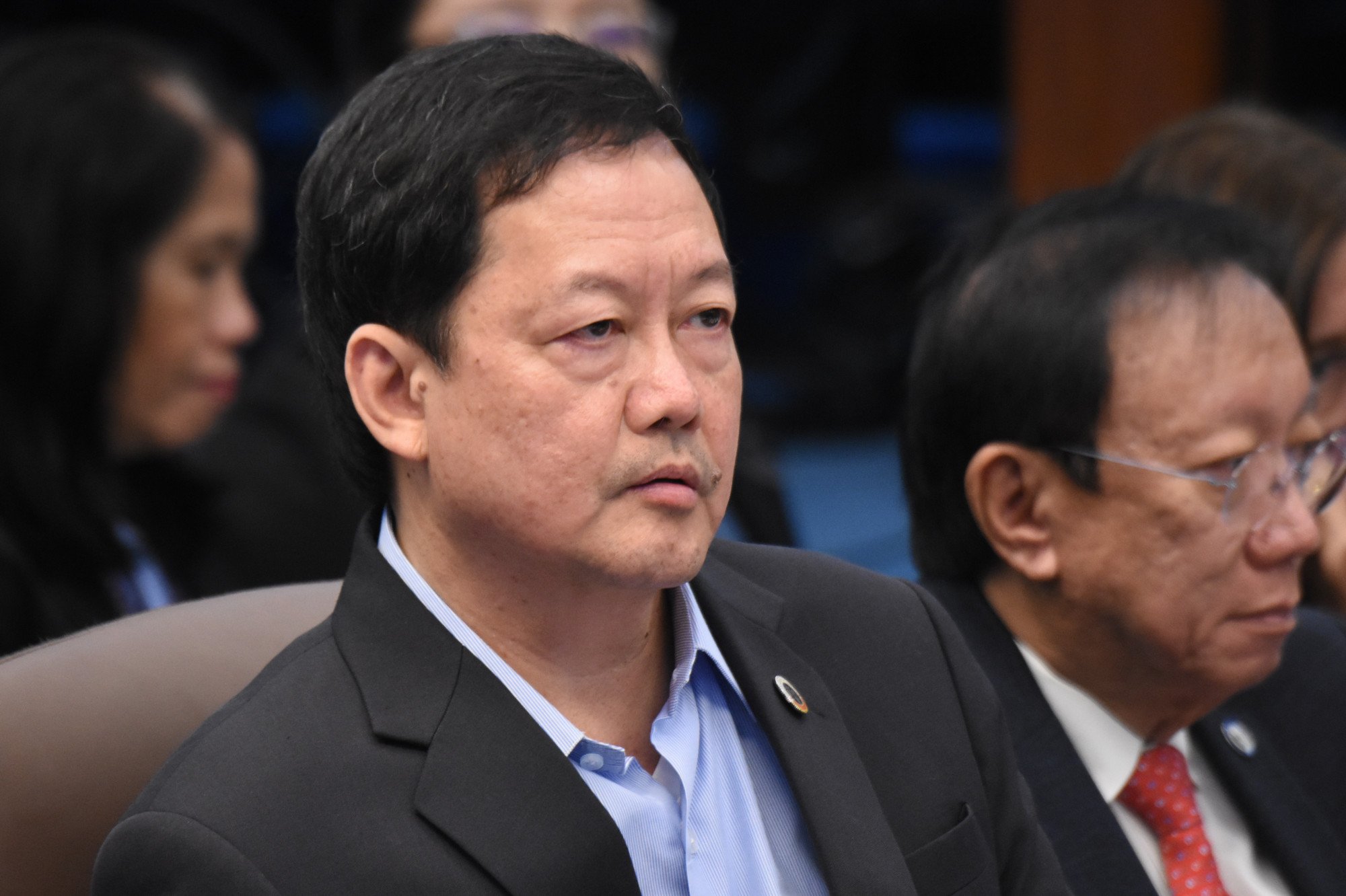 MANILA, Philippines –  Justice Secretary Menardo Guevarra said on Wednesday, November 20, that he would consider “very seriously” his first-ever nomination to the Supreme Court.

“I will have to think about it very, very seriously,”  Guevarra told reporters on Wednesday, when informed that he had just been nominated to a vacancy in the High Court.

After months of teasing, Guevarra finally got confronted by the prospect of applying for the High Court after retired Sandiganbayan justice Raoul Victorino nominated him to the Judicial and Bar Council.

“I’m not hesitating. I have lots of work to do in DOJ (Department of Justice),” said Guevarra.

Guevarra said that of course, a justice post is certainly appealing.

“I don’t think any lawyer will close the possibility to be appointed to such a lofty position,” he said.

Pressed if he was open to the possibility of applying this early, when President Rodrigo Duterte still had 3 years to go, Guevarra responded, “Bahala na (Come what may)!

Guevarra has until November 25 to accept or decline the nomination. He is nominated to the Associate Justice post left vacant when Chief Justice Diosdado Peralta was appointed top magistrate. There are currently 3 vacancies to be filled.

“I believe he possesses the necessary credentials, professional experience, and the motivation to discharge the duties as an Associate Justice of the Supreme Court,” reads Victorino’s letter.

Guevarra has been getting praises across political lines, with some calling him a likely SC justice.

He is after all very close to Duterte’s right hand man, Executive Secretary Salvador Medialdea.

Even opposition Senator Franklin Drilon, who’s been grilling agencies for the last budget hearings in the Senate, spared the DOJ and only asked relatively fewer questions.

“Let me place on record my respect for the Secretary of Justice. I know how difficult his job is: He is a political appointee who has to uphold the rule of law and issue opinions in accordance with his reading of the law. That is not an easy job,” said Drilon, a former justice secretary.

Guevarra’s predecessor, the controversial Vitaliano Aguirre II, did not enjoy the same courtesy from the political opposition,

Guevarra is a curious case in the Duterte administration.

He is a political appointee of both Duterte and former president Benigno “Noynoy” Aquino III.

In the shadows of Medialdea while in Malacañang, Guevarra was hurled into the spotlight as Duterte’s second justice secretary.

If he goes to the High Court, he would finally exit the executive branch and move to the judiciary where he would no longer be Duterte’s alter ego, and independence would be his oath.

His first few actions in the DOJ were encouraging for the opposition – he took away the state protection of Janet Napoles previously given to the alleged pork scam mastermind by Aguirre, and he found a legal loophole that extended Sister Patricia Fox’s stay in the Philippines, though the missionary nun was still eventually deported.

In the Good Conduct Time Allowance (GCTA) scandal that rocked the entire DOJ family, Guevarra stood by the pronouncements of Duterte and held the line even up to the revision of the law’s implementing guidelines. Guevarra claimed that the DOJ “survived unscathed.”

But to spoil Guevarra’s claim of a “reborn” DOJ, some of the most prominent lawyers of the country relaunched a group formed during the Arroyo administration to fight Duterte’s legal policies that, they said, have been unseen of since Martial Law under Marcos. This includes the order arrest for previously released inmates.

Still, one of the convenors of the group, Edre Olalia of the National Union of Peoples’ Lawyers, has only fair reviews of Guevarra.

“Certainly at least there is the impression that the justice secretary is, by and large, an upright person,” he said.

“But at the end of the day, he is still a political appointee and the DOJ is under the executive. Then when the chips are down, he has to defend,” Olalia added. – Rappler.com