Nov 21, 2019 8:39 PM PHT
Ryan Macasero
Facebook Twitter Copy URL
Copied
Yape was alive when paramedics arrived on the scene but he reportedly died from the bullet wounds. This is the second shooting in Cebu City within a span of 3 hours. 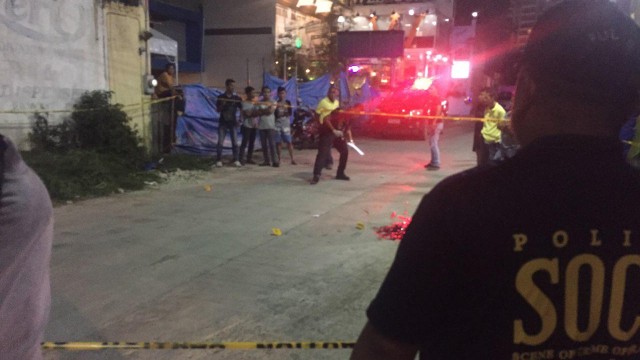 CEBU CITY, Philippines – An police officer was shot dead while off duty near the Wellcome Hotel at around 5:45 pm on Thursday, November 21.

Police Lieutenant Colonel Joie Yape, 49, who is currently assigned in Samar province – was walking with his wife from the Wellcome Hotel to the nearby Ayala Center in Cebu when he was shot 3 times by men riding-in-tandem on a motorcycle.

Members of the barangay tanod were first to arrive at the scene and immediately called police and emergency responders.

Yape was still breathing, but in critical condition, when paramedics arrived. He was rushed to the hospital.

Yape was pronounced dead at the hospital later in the evening, according to a report in Cebu Daily News.

Yape was previously the head of Cebu province’s Provincial Intelligence Branch (PIB) before he became chief of the Calbayog City’s intelligence unit.

This is the second shooting in Cebu City within a span of 3 hours. At around 3:00 pm, Norbert Castaño was shot dead in the doorway of a house he was visiting in Barangay Carreta. (READ: 33-year-old man shot dead in Cebu City)  – Rappler.com