Nov 22, 2019 6:32 PM PHT
Ryan Macasero
Facebook Twitter Copy URL
Copied
At least 100 vapes are confiscated in Cebu alone. No arrests are made in the crackdown on electronic cigarettes and other smoking devices. 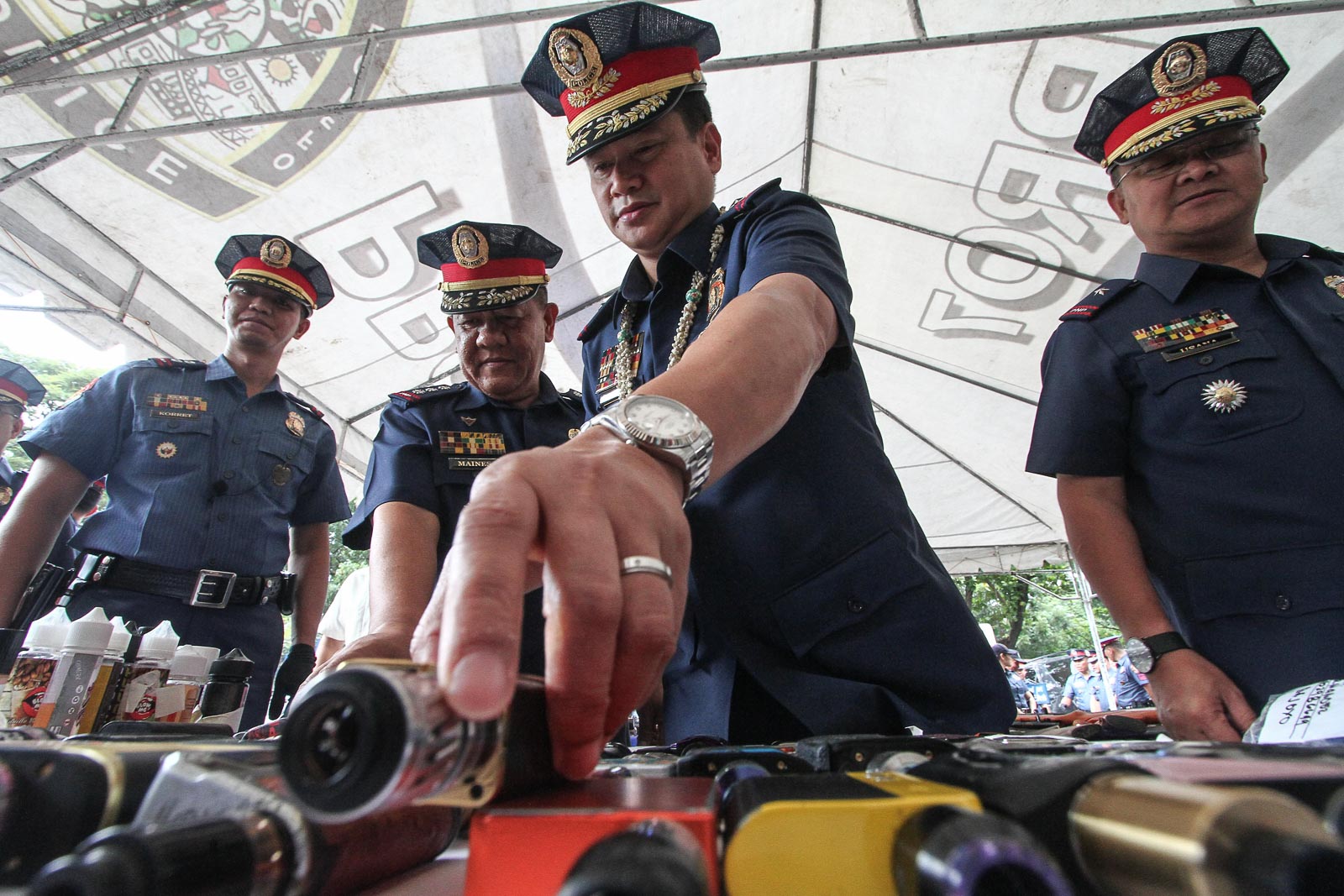 CEBU CITY, Philippines – At least 250 vapes were confiscated across the Central Visayas, with 100 of them in Cebu City. Police Brigadier General Valeriano De Leon, the Central Visyas’ police chief, said in a press conference on Friday, November 22.

It was here in Consolacion, Cebu, that the first vape-related illness was reported, prompting a response from the national government. (READ: DOH confirms 1st case of vaping-related illness in PH)

While the Philippine National Police officer-in-charge Lieutenant General Archie Francisco Gamboa said they would arrest vape users even without an executive order, police in the various regional offices here only confiscated vapes and took data of the users so far.

“For now, we have to get the data on the description of the violators. We have to follow the punitive provision of EO 26,” he said. 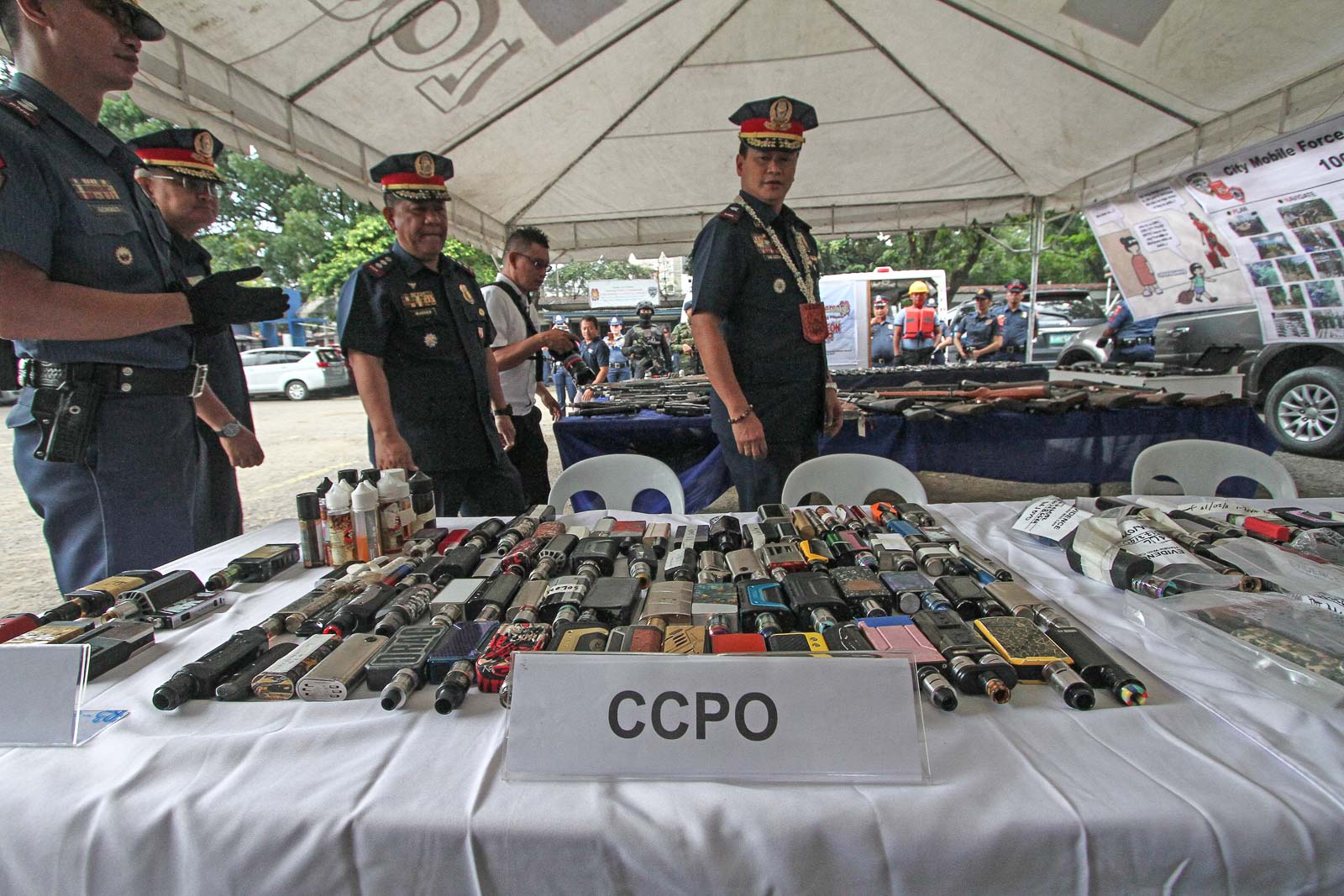 The executive order, signed by the President in 26, prescribes a punishment of P500 to P10,000 for those caught violating the smoking ban, depending on their number of offenses.

Owners of establishments caught violating the EO could face a fine of P5,000 or imprisonment of not more than 30 days.

The ordered asked establishments to designate smoking areas away from the non-smoking public.

The guidance on the vape ban did not specify if the electronic smoking devices would even be banned from designated areas.

The order also does not have a policy on apprehending nor confiscating vapes.

While no one was apprehended for the violations. De Leon said his office is awaiting instructions from the higher-ups regarding the new expected order on the vapes.