Fearful wait for justice a decade after Ampatuan massacre

Nov 23, 2019 6:26 PM PHT
Agence France-Presse
Facebook Twitter Copy URL
Copied
A relative of victims say they are 'afraid for the life of the prosecutor or even the judge' 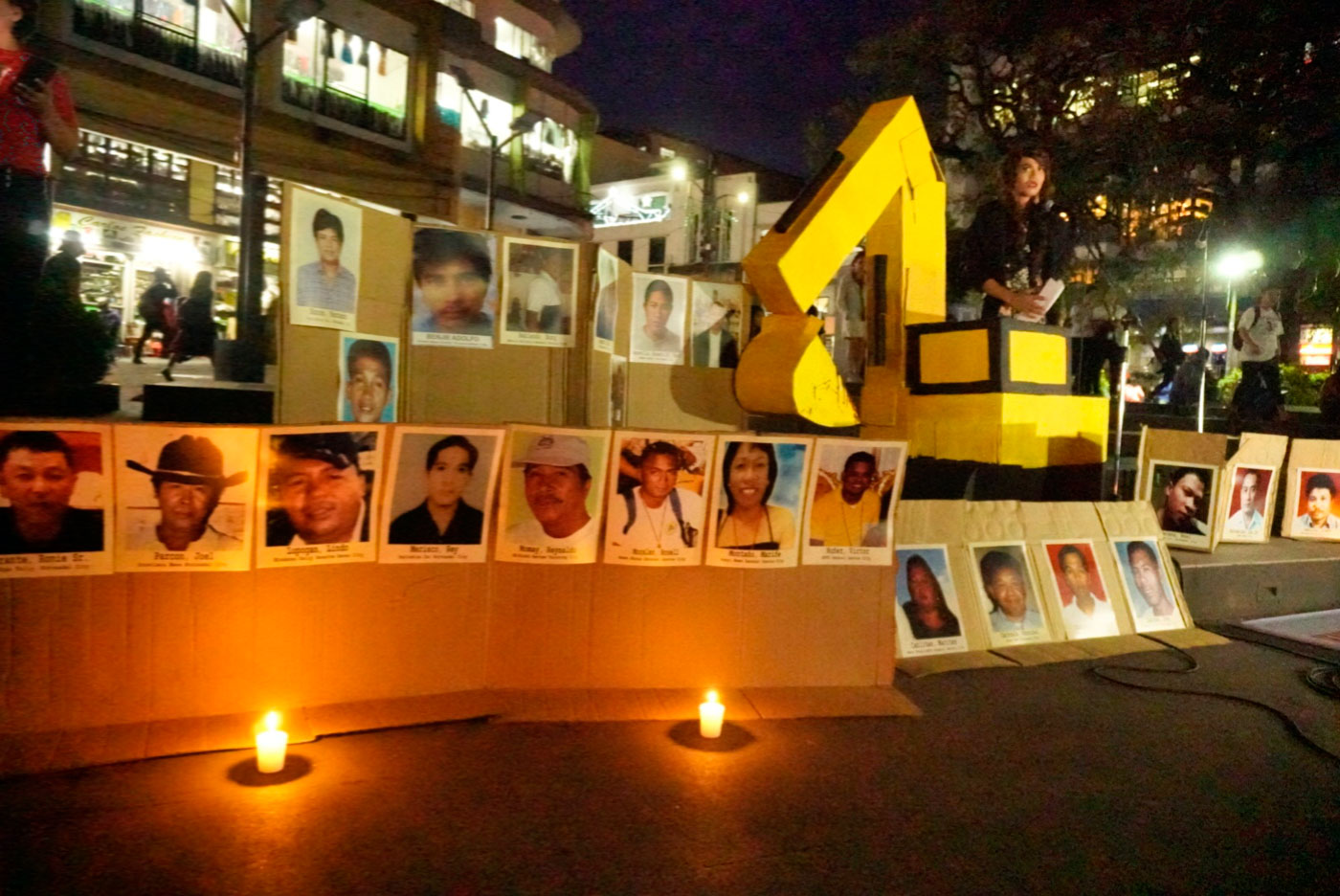 MANILA, Philippines – A decade after 58 people were killed in the Philippines’ worst political massacre, none of the alleged masterminds have been convicted yet, leaving families fearful that justice may never come.

Though a verdict is now due next month over the bloodshed that drew international outrage, there is no guarantee of a conviction and the painfully slow-moving trial could still be derailed by corruption or even violence. (READ: For Mama: Child of Ampatuan massacre victim chooses journalism too)

“We are afraid for the life of the prosecutor or even our judge,” said Mary Grace Morales, whose sister and husband were among 32 journalists killed in the attack, making it one of world’s deadliest on media workers.

In the years since leaders of the Ampatuan political dynasty were accused of masterminding the November 23, 2009 massacre, at least 4 witnesses have been killed before they could testify and death threats have been common. (WATCH: Trial of the decade: Highlights of Ampatuan massacre case)

Ampatuan family leaders, who ruled the impoverished southern province of Maguindanao, are charged with organizing the mass killing in a bid to quash an election challenge from a rival clan.

“We are just praying that nothing happens in the next month,” added Morales, referring to the verdict that the Supreme Court ordered be delivered by December 20 for some 100 defendants.

The trial has moved at a glacial pace, with allegations of bribery and delay tactics against the dynasty’s lawyers, which previously included Salvador Panelo, now President Rodrigo Duterte’s spokesman. (READ: CMFR calls out Duterte gov’t on attacks vs press)

However, even routine cases can take years to make it through the Philippine court system, which is notoriously overburdened, underfunded and vulnerable to pressure from the powerful.

Many people with a vested interest in halting the case remain free. Of the nearly 200 defendants charged, about 80 are still at large, including 14 Ampatuans. (TIMELINE: The long road to justice for Ampatuan massacre victims)

“These are dangerous people. They have been involved in many killings,” Nena Santos, a lawyer who represents 38 of the victims’ families, said referring to the suspects.

Santos said she believes the prosecution will secure convictions of at least the main players, but added “of course the final judgment depends on the judge”.

This case is particularly high-profile as it was carried out in broad daylight on a convoy carrying an Ampatuan family rival’s wife, relatives, lawyers and the journalists, who were killed in a hail of gunfire.

Word spread quickly and the victims’ bodies were found in roadside pits hastily dug with a government-owned excavator.

The killing drew international outrage and exposed how then Philippine president Gloria Arroyo had tolerated the Ampatuans’ heavily-armed militia as a buffer against Muslim rebels.

Experts warn that despite the outrage and politicians’ promises of reform, many underlying factors in the slaughter have not been rooted out in the Philippines.

The killings would not have been possible without a heavily armed militia, yet the nation’s south is still awash in guns after generations of insurgency and weak government control.

Deadly violence between rivals and supporters also remains a fact in the country’s elections, where political power is a path to wealth in a nation where millions live in deep poverty.

Political power is frequently concentrated in the hands of family dynasties, which get protection from national politicians in need of local votes.

“Since the massacre, and the subsequent arrest of some members of the Ampatuan family, the local power dynamics in Maguindanao have changed very little,” Phil Robertson, Human Rights Watch’s deputy Asia director, told Agence France-Presse.

Though the Ampatuans no longer hold top elected posts in Maguindanao, at least 25 of them won local seats in May’s elections, results show.

Sajid Ampatuan, who is charged with murder over the massacre and spent five years in a Manila jail while on trial, has been elected mayor twice since being released on bail.

In the Philippines as long as one has not been “convicted with finality”, he or she can legally hold office while on trial or appealing.

“I’m a victim too,” he told Agence France-Presse in 2016. He did not reply to recent requests for comment. – Rappler.com