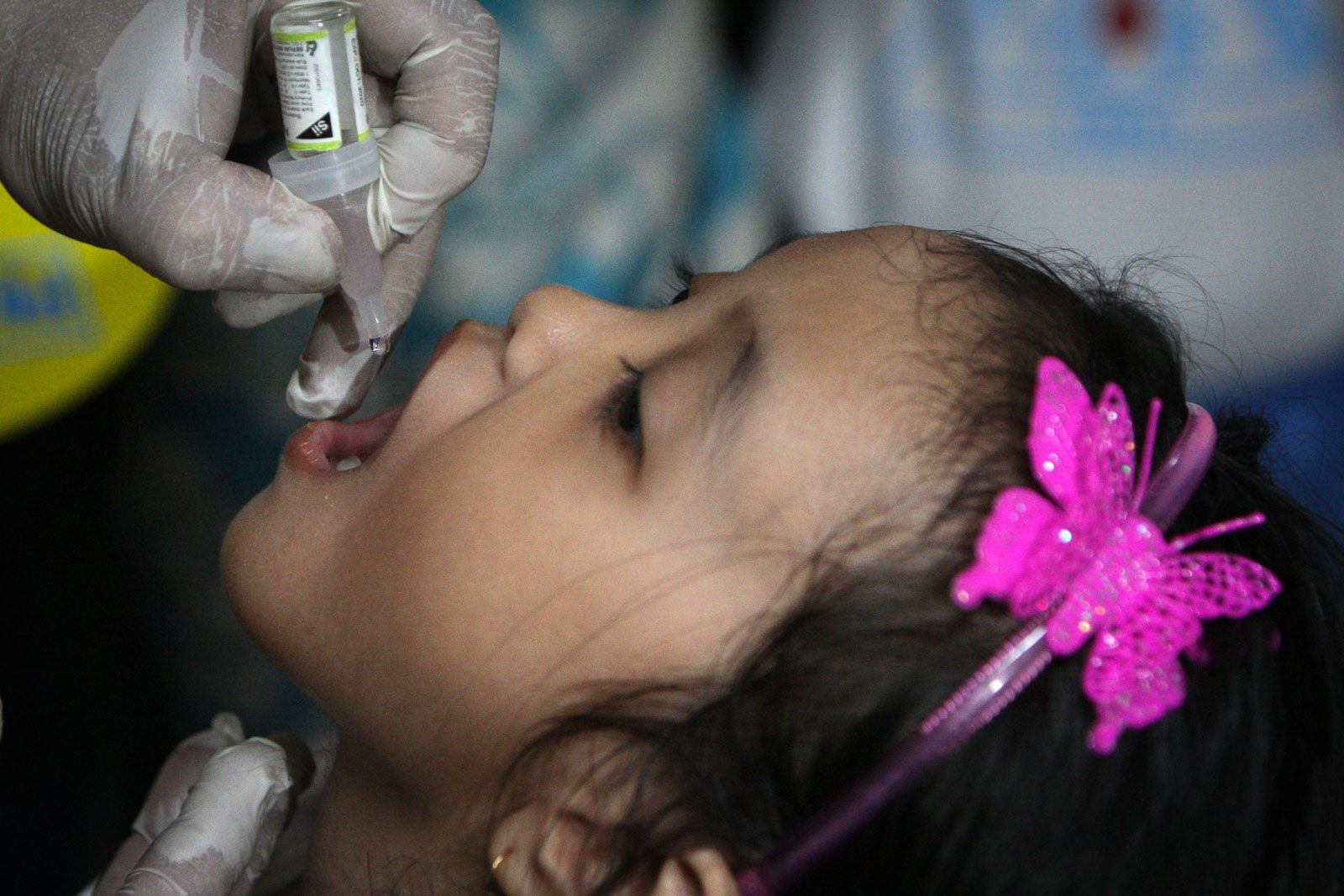 Facebook Twitter Copy URL
Copied
A 9-year-old girl from Basilan is the latest known case of polio in the country. Out of the 8 cases, 7 are from Mindanao.

MANILA, Philippines – The Department of Health (DOH) confirmed on Monday, November 25, the 8th case of polio recorded in the country this year.

A 9-year-old girl from Basilan was found to have polio. The child was reported to not have received any polio vaccine.

Out of the 8 cases of polio, 7 have emerged from Mindanao.

The DOH is coordinating with the Bangsamoro Autonomous Region in Muslim Mindanao’s Ministry of Health to maximize immunization coverage and intensify polio vaccination efforts in Basilan.

Starting Monday, the DOH is conducting the next round of Sabayang Patak Kontra Polio until December 7 in Metro Manila and Mindanao. All children under 5 years old, regardless of immunization status, are eligible to receive a dose of OPV free of charge.

The DOH declared a polio outbreak in the Philippines last September after the disease emerged in the country for the first time in 19 years. (READ: EXPLAINER: What is polio?) – Rappler.com