Esperon: China still has to persuade the region of its vision of global order 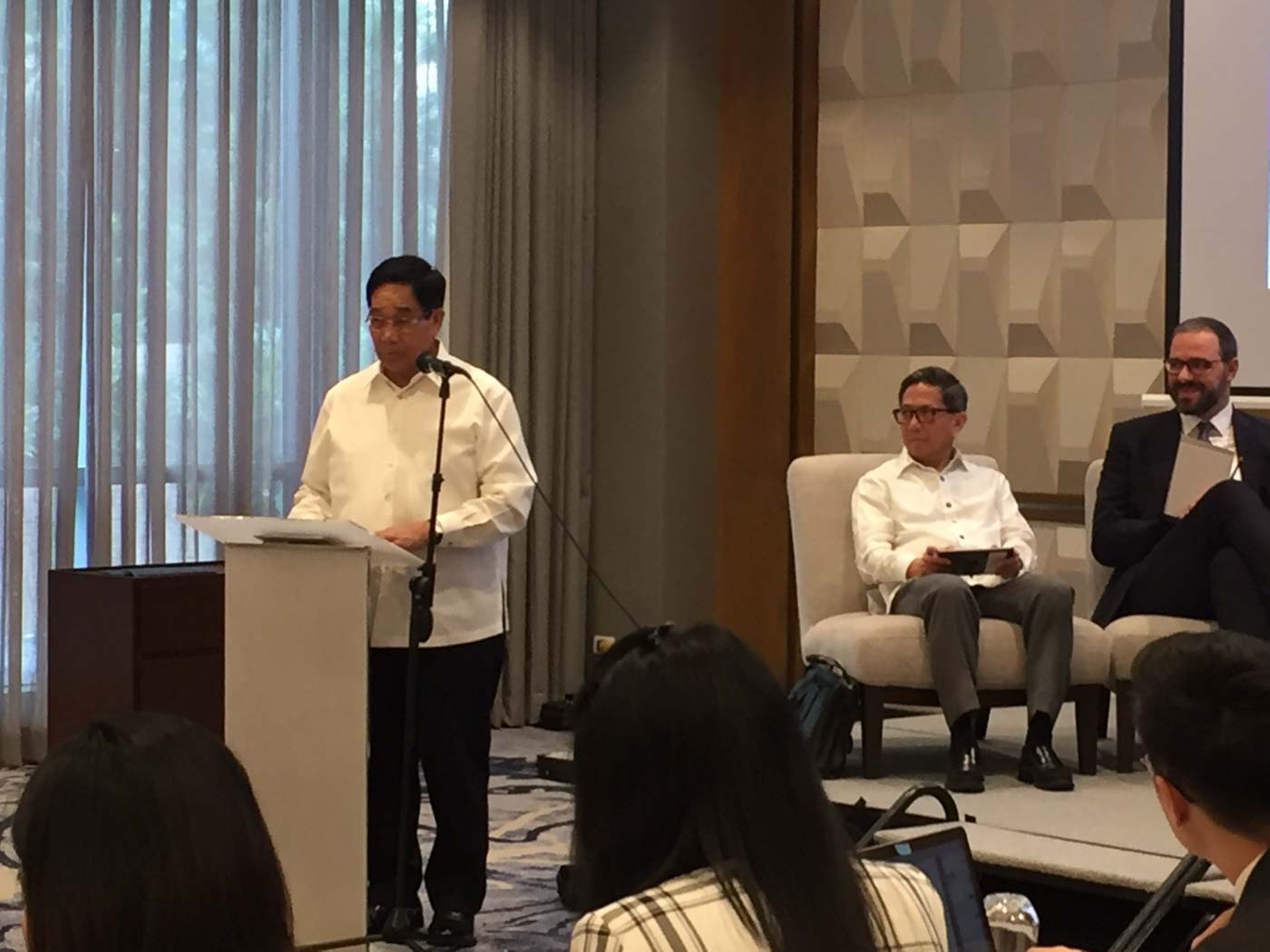 MANILA, Philippines – National Security Adviser and former military chief Hermogenes Esperon Jr said China has to do more to win the trust of countries in the region.

“China still has to persuade Southeast Asia that it has a vision of regional order that will be beneficial to its neighbors – both the smaller states and other big powers. That China can accommodate norms and rules that underpin the global power,” Esperon said in an international workshop that discussed the great power competition between US and China.

It’s the latest statement from the Philippine official – who had been a vocal supporter of the country’s warming ties with Beijing – that raises growing concerns about China’s actions. In October, Esperon also expressed dissatisfaction with China’s response to the country’s diplomatic protests with regards to alleged incursions of Chinese military in the country’s territorial waters.

“Say what you like about the US but surely it cannot be denied that the liberal, rules-based order the West put up resulted in a world order that benefitted many countries. This is why there were the Asian dragons of Japan, Taiwan, South Korea, Singapore, and there is China,” Esperon said.

Esperon dismissed fears that the US will retreat from the region. He said “countries in the region continue to want the US as guarantor of security or as counterbalance to China.” (READ: South China Sea covered by PH-US Mutual Defense Treaty)

Esperon said Southeast Asian countries should band together amid great power competition between the US and China, which he says may go on for for a long time. “We can do more such as linking the marine protected areas scattered across the region or even coming up with an international biodiversity research centers in the Paracels or Spratlys,” Esperon said.

“We won the arbitration ruling from the UN-backed Permanent Court of Arbitration. Many expected us to take the hard stance. In our estimation, we believe that we and we alone must not be in the forefront of going after China. It must be a multilateral effort. We are banking on the Asean as our primary ally or set up to deal with China and this is now being done primarily among others in talks on the Code of Conduct on the South China Sea,” said Esperon

The workshop gathered think tanks from the region to discuss regional strategy amidst the challenges brought by the competition between the great powers – its impact on trade, security, and politics in the region. Pathways chairman and former energy secretary Raphael Lotilla said to do this, it is essential for countries in the region to understand its neighbors neighbors better.