MANILA, Philippines – The Legazpi Airport sustained heavy damage on Tuesday, December 3 as Typhoon Tisoy (Kammuri) made landfall in the province of Sorsogon, according to Albay Governor Al Francis Bichara.

Bichara added that as of Tuesday morning the winds were still strong in the province and it was still unsafe to venture outside.

In a bulletin issued past 5 am on Tuesday,  the Philippine Atmospheric, Geophysical, and Astronomical Services Administration (PAGASA) said the typhoon slightly weakened as it continued to cross landmass before dawn. It is still expected to dump more rain in parts of Luzon and the Visayas.

Tisoy had made landfall in Gubat, Sorsogon, at 11 pm on Monday, December 2. 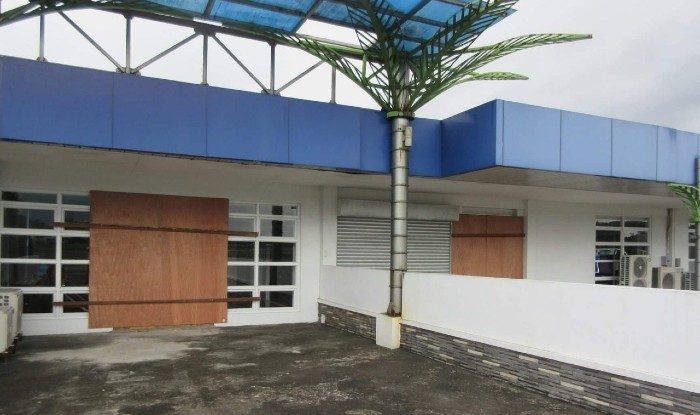 At least a day before the typhoon’s expected landfall, the Civil Aviation Authority of the Philippines (CAAP) ordered its airports to follow protocols, including the shutting down of major airport facilities when typhoons with winds greater than 170kph are 3 to 6 hours away. (READ: NAIA terminals to close for 12 hours on December 3 due to Typhoon Tisoy)

Many domestic and international flights to and from the Philippines were canceled from Monday, December 2, until Wednesday, December 4, due to Typhoon Tisoy (Kammuri). – Rappler.com