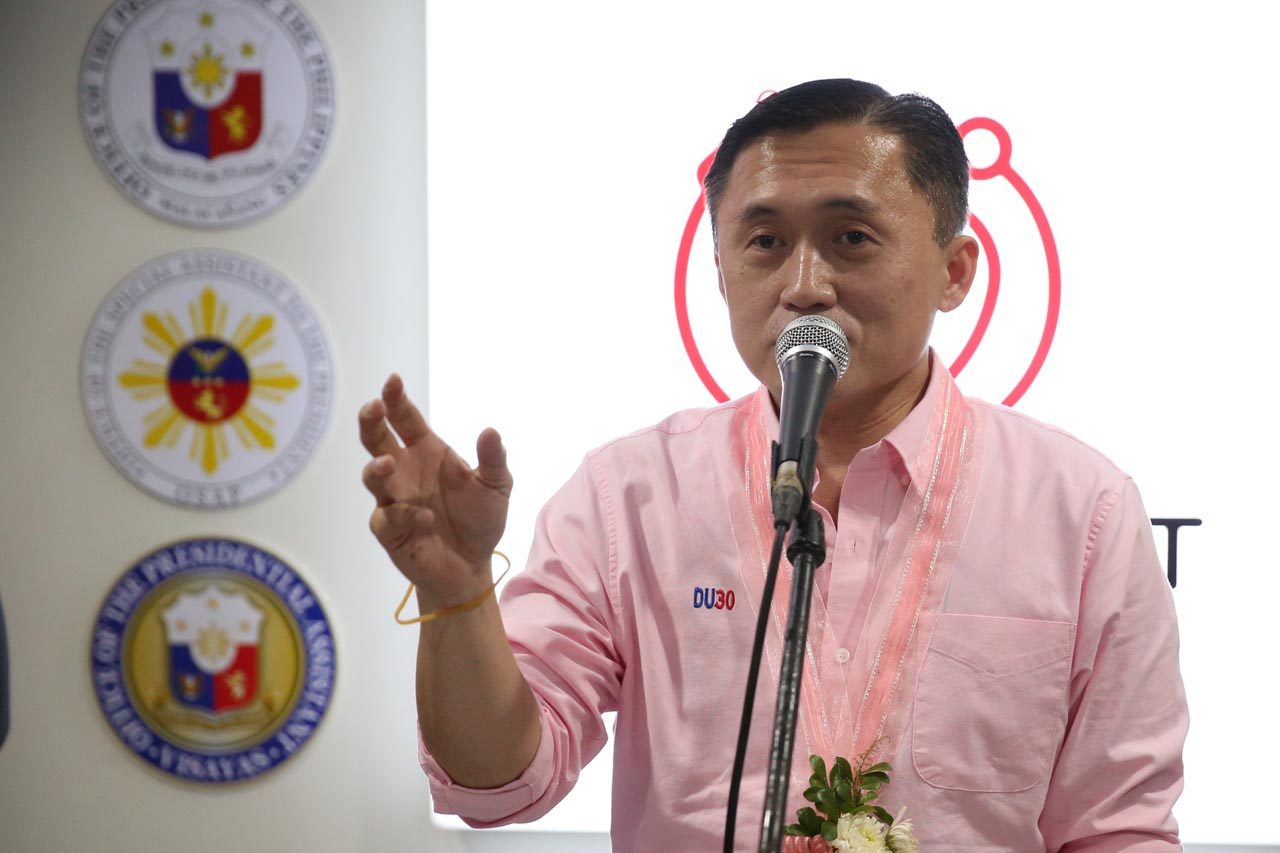 Facebook Twitter Copy URL
Copied
The Palace rolls out the red carpet for the signing into law of a pet measure of President Rodrigo Duterte's closest aide, Senator Bong Go

MANILA, Philippines – A pet bill of President Rodrigo Duterte’s closest aide is getting special treatment – no less than a signing ceremony in Malacañang.

The Malasakit Center Act was signed into law by the President on Tuesday, December 3, in a Palace gathering where another law, one moving the barangay and youth council elections to 2022 was also signed.

The law, now called Republic Act No. 11463, is a pet project of Senator Bong Go, who is most known for being Duterte’s longtime and most trusted aide. Go is the author of the Senate’s version of the bill.

The measure is among the first bills produced by the 18th Congress to be signed by the Chief Executive into law.

A Malasakit Center is an area in a hospital where impoverished patients can go to seek financial assistance for medical needs from PhilHealth, the Philippine Charity Sweepstakes Office (PCSO), and the Department of Social Welfare and Development.

Putting desks representing all these agencies is supposed to make it easier for patients, since they will only need to go to one place, the Malasakit Center, to get financial help.

“The long lines and tedious processes for availment of financial medical assistance will be things of the past,” said Health Secretary Francisco Duque III in a statement.

Politicized program. Go has been associated with Malasakit Centers because, even in his days as Duterte’s special assistant, he had been advocating for them and studiously gracing the openings of Malasakit Centers nationwide.

It did not help that these centers often displayed banners with Go’s face and name, prompting the Commission on Elections (Comelec) to ask the health department to take them down.

Lagman had also accused Go of using his influence in the House to hasten the signing of the Malasakit Center law. He said House Bill No 5477, the lower house’s version of the bill, was a mere “copycat” of Go’s bill which had substituted another bill at the last minute.

The substitution meant the bicameral committee could be skipped since the House bill is identical to the Senate bill and there would be no differences to resolve.

The House bill was also approved on 2nd reading without quorum in the House plenary, said Lagman. – Rappler.com