Dec 5, 2019 10:09 AM PHT
Lian Buan
Facebook Twitter Copy URL
Copied
The BCDA 'contributed the usufruct of its property to the joint venture agreement under the contract, thus, it is clearly not a Build-Operate-and-Transfer project,' says the OGCC 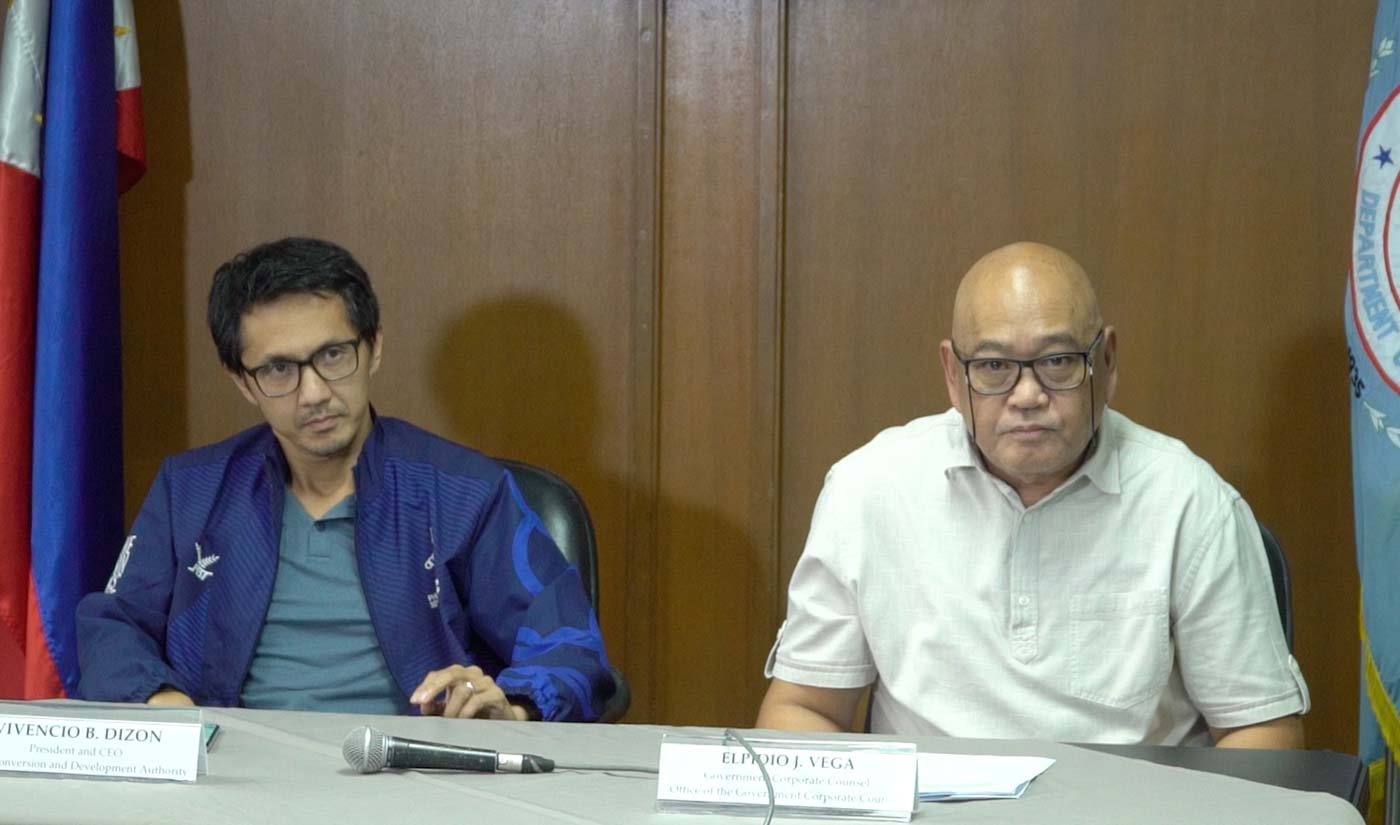 MANILA, Philippines – The Office of the Government Corporate Counsel (OGCC) maintained on Thursday, December 5, that the deal to build the multibillion-peso New Clark sports hub in Capas, Tarlac, is a legitimate joint venture, and not a build-transfer scheme.

“Bases Conversion and Development Authority (BCDA) contributed the usufruct of its property to the Joint Venture Agreement (JVA) under the contract, thus, it is clearly not a Build-Operate-and-Transfer (BOT) project,” the OGCC said in a statement on Thursday.

Why this matters. Although Government Corporate Counsel Elpidio Vega and BCDA chief Vince Dizon are claiming that a prior contract review of the project gave the go signal for the latter, the review actually flagged that the deal to build the sports hub was a BOT project and not a joint venture.

By the OGCC’s definition, a “joint venture means both parties will mutually contribute, while build and transfer entails a private firm to construct the facility first, and the government will repay the cost and own the facility later.”

The New Clark Sports Hub will be built by Malaysian firm MTD Capital Berhad and the BCDA will repay it later – which falls under the definition of build and transfer.

But the OGCC said that under the BOT law’s implementing rules and regulations (IRR), no direct government guarantee, subsidy, or equity is required.

Section 10.4 of the IRR says that unsolicited proposals, such as the one submitted by MTD Capital Berhad, may be undertaken by the government “except for direct government guarantees, direct government subsidy, or government equity.” (READ: New Clark sports facilities not part of original proposal by MTD Berhad)

BCDA contributed land as its equity. The OGCC said that the contribution of a usufruct is “considered as a direct subsidy or equity which makes the project ineligible under the BOT law.”

Asked whether there are any similar government joint ventures, or where the government is also repaying its partner private firm, Dizon said, “For BCDA, I don’t recall.”

What is the difference? In the contract review signed by then government corporate counsel Rudolf Jurado, a build-and-transfer project should undergo public bidding.

The New Clark sports hub was an unsolicited proposal that underwent the Swiss Challenge.

Public bidding is a procurement mode where government opens the contract to all interested bidders, whereas in a Swiss Challenge, the government invites private groups to make competing offers while giving the original proponent the right to match them.

The deal involves two components: Building the sports hub where government repays the cost; and building satellite government offices which the government will come to own “without any cost.”

Jurado’s contract review said the deal over the satellite government offices was the real joint venture.

In an opinion piece submitted to the Philippine Daily Inquirer, BCDA Director Aristotle Banzon Batuhan admitted that the sports hub was “pursuant to a build-transfer-scheme.”

“While it is true that the construction of the National Government Administrative Center Facilities and the Sports Facilities are being undertaken under different modalities i.e., the former being undertaken pursuant to a build-operate/maintain-transfer arrangement, and the latter pursuant to a build-transfer scheme, both are pursued under one JV legal framework,” said Batuhan.

In his contract review, Jurado flagged the sports hub as  “a build-transfer scheme embedded in the joint venture.”

“The legal effect brought by the difference in the frameworks cannot be overemphasized,” said Jurado.

Dizon, for his part, said, “Between you and me, if we went into build-and-transfer, we felt that, we believed, this project would not be viable.”

What’s the repayment scheme? The final JVA puts down a cost of P8.5 billion to build the sports hub. MTD Capital Berhad later secured a P9.5 billion loan from state-owned Development Bank of the Philippines (DBP).

In the draft JV that underwent Jurado’s contract review, BCDA will obtain ownership of the sports facilities after paying MTD Capital Berhad in 5 annual installments. The amount per yearly installment was left blank in the draft JVA.

In the final JVA, the amount was set at P2.2 billion per year, meaning BCDA would pay a total of P11.1 billion in 5 years, the excess being return on investment.

Another provision in the final JVA that was not found in the draft JVA was the 50-50 profit sharing over the sports facilities.

Section 4.9 of the final JVA says “any subsequent changes in the sharing of gains and losses shall be subject to the mutual agreement of the parties.”

The BCDA eventually said that it has opted to pay MTD Capital Berhad in full to save on interests and “will receive 100% share of the revenues.”

“This means that upon full payment and complete turnover to BCDA, BCDA will receive 100% share of the revenues,” the BCDA said in an earlier statement.

“What is the important thing is it is legal, it is transparent and it is not disadvantageous to government,” said Dizon.  – With reports from Ralf Rivas/Rappler.com