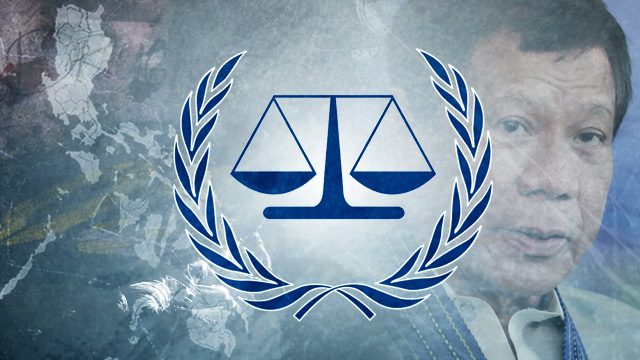 Facebook Twitter Copy URL
Copied
ICC Prosecutor Fatou Bensouda is coming closer to determining whether she will seek authority to open an investigation, a phase where the Court can issue arrest orders

MANILA, Philippines – International Criminal Court (ICC) Prosecutor Fatou Bensouda will decide by 2020 whether she will seek authorization to open an investigation into the high number of killings in President Rodrigo Duterte’s war on drugs.

“During 2020, the Office will aim to finalise the preliminary examination in order to enable the Prosecutor to reach a decision on whether to seek authorisation to open an investigation into the situation in the Philippines,” Bensouda said in a report released Thursday night, December 5.

Bensouda opened a preliminary examination into the drug war in February 2018, the first step in the ICC’s process where she will establish jurisdiction to handle the case. Jurisdiction will be established if she determines that the Philippines is unable or unwilling to investigate the killings itself.

Bensouda said that since 2018, her office has “significantly advanced its assessment.”

“Open source information indicates that a limited number of investigations and prosecutions have been initiated (and, in some cases, completed) at the national level in respect of direct perpetrators of certain criminal conduct that allegedly took place in the context of, or connection to, the War on Drugs campaign,” Bensouda said.

Rappler’s analysis found that the Duterte government has allowed thousands of the killings to go unsolved, owing to the systematic gaps in the police and prosecutorial levels.

Bensouda also noted how only one drug war-related case has been decided so far – the conviction of Caloocan policemen in the killing of 17-year-old Kian delos Santos.

The prosecutor said she also received reports of rape allegations.

“Further, it has been reported that in at least a few incidents, members of law enforcement raped women who were apparently targeted because of their personal relationships to individuals alleged to have been involved in drug activities,” she said.

“It has also been alleged that in several incidents, relatives (such as spouses, parents or children) of the victims witnessed the killings, thereby sustaining serious mental suffering.”

Bensouda said she is also looking at Senate committee hearings in assessing admissibility of the case, which would depend on the complementarity (if Philippines is unable or unwilling) or even the gravity of the situation.

“The Office has also been following with concern reports of threats and other measures apparently taken against human rights defenders, including those who have criticised the WoD campaign. The Office will continue to closely monitor such reports, as well as other relevant developments in the Philippines,” Bensouda said.

If she decides to open an investigation, Bensouda will seek the authority of the pre-trial chamber or PTC. Once granted, the PTC judges can issue summons and even arrest orders.