Pope Francis to lead Aguinaldo Mass in Rome on December 15

Dec 7, 2019 10:32 AM PHT
Rappler.com
Facebook Twitter Copy URL
Copied
It will be first time for Pope Francis to lead the Aguinaldo Mass at St Peter's Basilica 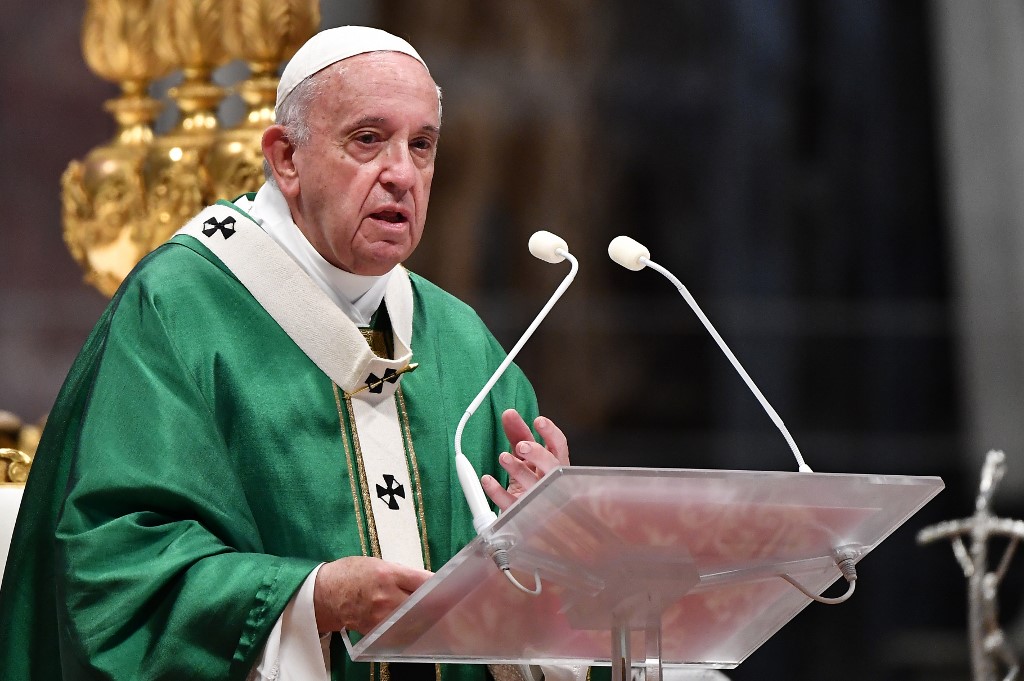 MANILA, Philippines – Pope Francis will lead the Aguinaldo Mass at St Peter’s Basilica in Rome on December 15, according to the official news site of the Catholic Bishops Conference of the Philippines (CBCP).

CBCP News said that according to Father Ricky Gente of the Filipino Chaplaincy in Rome, “this is the fourth year that we celebrate it in the basilica but the first time that the Pope will be the one to preside.”

Gente said the basilica can only accommodate 7,500 churchgoers for the mass.

“We have thousands of Filipinos who requested entry but we are not allowed to go beyond that sitting capacity of the basilica,” he said.

The report said 150 priests will concelebrate the Mass, and that the rest of the Aguinaldo masses – held for 9 consecutive days – will be held at the Santa Pudenziana Basilica.

Italy is home to over 100,000 Filipinos, mostly residing in Rome. – Rappler.com