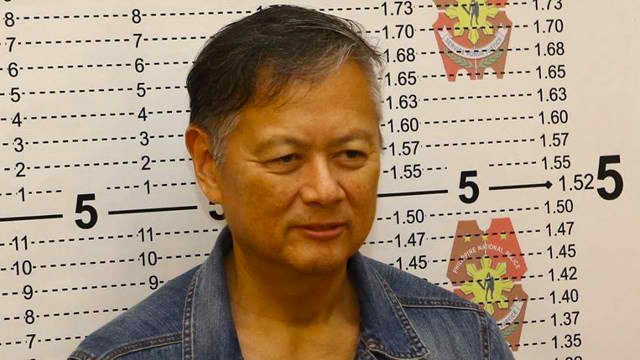 MANILA, Philippines – With a different composition of justices, the Court of Appeals revived the trial of former Palawan governor Joel Reyes over the murder of broadcaster and environmentalist Gerry Ortega.

The Special Former 11th Division of the appellate court promulgated the decision on November 28 to reverse the ruling of retired justice Normandie Pizarro who freed Reyes in January 2018.

“The decision dated January 4, 2018 is hereby reversed and set aside and a new one is entered as follows: directing the Regional Trial Court (RTC) to issue a warrant of arrest against the petitioner and to conduct proceedings in criminal case No. 26839 with purposeful dispatch,” said the decision penned by Associate Justice Marie Christine Azcarraga-Jacob, who previously dissented to the Pizarro ruling in 2018.

Reyes, although freed by the Pizarro ruling in January 2018, was returned to jail in Camp Bagong Diwa later that month over a graft conviction before the anti-graft court Sandiganbayan. It was in relation to an anomalous mining permit he issued while governor of Palawan.

The change in the division was Associate Justice Rafael Antonio Santos, who replaced Pizarro.

Associate Justices Danton Bueser and Victoria Isabel Paredes remained in the division. They previously concurred with Pizarro but it was not immediately clear how they voted this time.

It was the Office of the Solicitor General (OSG) who appealed the Pizarro decision. Pizarro retired in February 2018, or one month after the decision, ahead of his compulsory retirement.

Trial to go on

Ortega, known for his biting commentaries and reports on the Malampaya fund scam among others, was shot and killed in Puerto Princesa in January 2011. Rodolfo “Bomar” Edrad named Reyes the mastermind.

Pizarro freed Reyes because there was no other statement aside from Edrad that implicated Reyes.

In ruling against Reyes, the new decision agreed with the OSG that the Pizarro decision “disregarded judicial parameters” in already judging the guilt of the accused.

At this point, the Puerto Princesa RTC Branch 52 has only determined probable cause to arrest Reyes. Trial has not started.

“In reviewing the finding of probable cause made by the RTC, this Court has the duty to do the same, that is, to determine the probability, not the certainty, of guilt of the petitioner based on evidence available in the records,” said the decision.

The new decision also cited the Supreme Court ruling in 2016 that declared as valid and with authority the Leila de Lima-created prosecution panel that indicted Reyes. “The prudent course of action at this stage would be to proceed to trial,” the Supreme Court had said.

“Clearly, the case of De Lima above-quoted is categorical in directing the RTC to proceed in Criminal Case No. 26839,” said the CA.

Justice Jacob said in this new decision, as she had said in her previous dissenting opinion, that the CA cannot judge Reyes’ guilt at this point.

“The defenses raised by petitioner, particularly the inadmissibility of Edrad’s extrajudicial confession and the alleged inconsistencies in the statements of prosecution witnesses, are matters which are evidentiary in nature and best threshed out in a full-blown trial,” said the decision. – Rappler.com