Lucky Plaza Singapore car crash survivor: ‘Even if we wanted to run, we could not’ 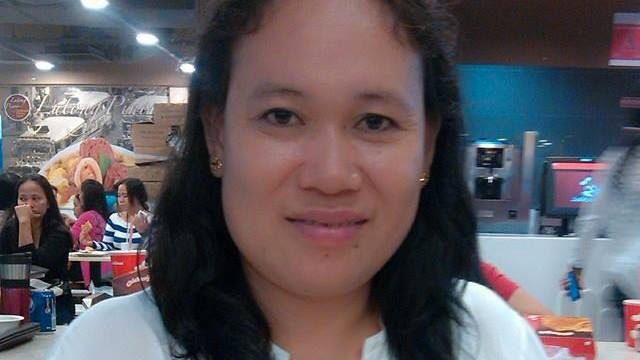 Facebook Twitter Copy URL
Copied
'It came down, curved, seemed to have lost brakes and was coming to us,' Laila Laudencia recounts of the fatal car crash she was lucky to have survived

BAGUIO CITY, Philippines – Laila Laudencia, one of the Filipino domestic helpers injured in the fatal car crash at Singapore’s Lucky Plaza on Sunday, December 29, recalled that the vehicle plunged from above and ricocheted towards them.

In an interview with Bombo Radyo La Union, Laudencia said that she and sisters Arcely and Arlyn Nucos were facing the car while they were having a picnic on the exit pavement of Lucky Park’s parking area.

“It came down, curved, seemed to have lost brakes and was coming to us,” she said in Ilocano during a radio interview with Bombo Radyo La Union.

“It came so fast and all I thought was, ‘Bahala na ang Diyos’ (God will take care),” she said. “Then I went west. I heard the car slam.”

She said that the sisters were dragged by the rampaging car, Laudencia said in Ilocano. (READ: 2 Singapore car crash victims are sisters from La Union)

“The car was so fast. Even if we wanted to run, we could not,” she added.

She said that she immediately stood up and tried to help her friends, but felt pain in her foot.

“I went to the security guard and realized my foot has swollen and throbbing with pain,” she said in Ilocano.

“I glanced at my friends. It was painful to look at them. I saw my friend in red,” she said, referring to Abigail Umoquit Leste, 41, who died instantly from the accident together with Arlyn, 50.

Laudencia was interviewed from the house of her employer’s sibling in Singapore where she was recuperating for one week.

Laudencia said the 6 have been friends for the past 9 years. The unfortunate spot where the accident happened was their picnic area every Sunday.

They were all Ilocanos. Laudencia is from San Fernando City in La Union while the Nucos sisters who are from Caba town. The Limbauans are from Tuguegarao and Isabela. Leste is from Aparri, Cagayan.

“They were fun-loving people,” Laudencia said of Arlyn and Abigail. “They will not allow you to be sad.”

“We were joking each other seconds before the accident happened,” she said.

The fundraising for the 6 Filipinos and their relatives already reached more than Singapore $163,000 since it was started a day ago. The campaign which was set for 30 days had the target of only S$100,000.

Low Yen Ming, the mayor of south west district, said that the Center for Domestic Employees launched the fundraising for them. – Rappler.com