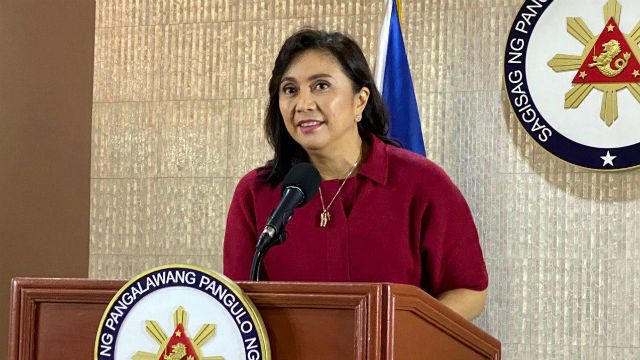 Facebook Twitter Copy URL
Copied
Vice President Leni Robredo gives the Duterte administration a dismal score in the fight against drugs, saying it was only able to seize 1% of the shabu supply in the Philippines

MANILA, Philippines – Vice President Leni Robredo gave President Rodrigo Duterte’s government a dismal “1 out of 100” score in its flagship program to fight narcotics, saying that authorities were only able to seize 1% of the total supply of illegal drugs in the country.

On Monday, January 6, Robredo slammed the bloody anti-drug campaign as a  “failure” as she finally revealed her findings during her 18-day stint as co-chair of the Inter-Agency Committee on Anti-Illegal Drugs (ICAD) in late 2019.

(It’s really a failure because the campaign against illegal drugs has a lot of aspects. It has many aspects, and like what I mentioned in the report, they put too much focus on street-level enforcement, going after the small-time pushers and users.)

(And even if we do this every day, yet we don’t take care of the supply constriction, going after the big-time suppliers, the problem will not end.)

Citing the highlights from her 40-page ICAD report, Robredo said data from the Philippine National Police (PNP) Drug Enforcement Group showed drug addicts consume 3,000 kilos of shabu every week across the country, or equal to about 156,000 kilos every year.

The Duterte administration also performed poorly in recovering drug money. Once again citing PNP data, Robredo said the 3,000 kilos of shabu consumed per week is equivalent to about P25 billion a week or P1.3 trillion a year. But the Anti-Money Laundering Council was only able to seize P1.4 billion worth of drug money from 2017 to 2018.

(It is so clear based on official data that despite the number of Filipinos killed and all the money spent, the shabu supply seized and the drug money recovered did not even breach 1%.)

Duterte had designated Robredo as ICAD co-chair after she said the drug war has to be “tweaked” because it is “not working.” The President, however, fired Robredo from the post 18 days after she accepted the job, saying he could not trust her. (READ: [OPINION] The implications of Leni Robredo’s ICAD removal)

On Monday, the Vice President said there is now a need for the Duterte government to address its “lopsided” priorities in the anti-drug campaign, which she said is heavily focused on law enforcement.

She once again called for the end of the controversial Oplan Tokhang, where police literally knock on the doors of suspected drug users and dealers to ask them to stop their habit or trade.

But Tokhang has since become synonymous to extrajudicial killings after reports surfaced of police killing unarmed suspects and after lists of drug suspects compiled during Tokhang operations led to their deaths. (READ: The Impunity Series)

(From these data, we see the need to change strategies. This includes stopping Tokhang and crafting new policies with clear goals and operational guidelines to avoid the abuses committed under this campaign.)

The Vice President is a longtime critic of Duterte’s drug war. According to police, more than 6,000 people have been killed in anti-drug operations. But human rights groups estimate the numbers could reach almost 27,000 to include victims of vigilante-style killings. – Rappler.com