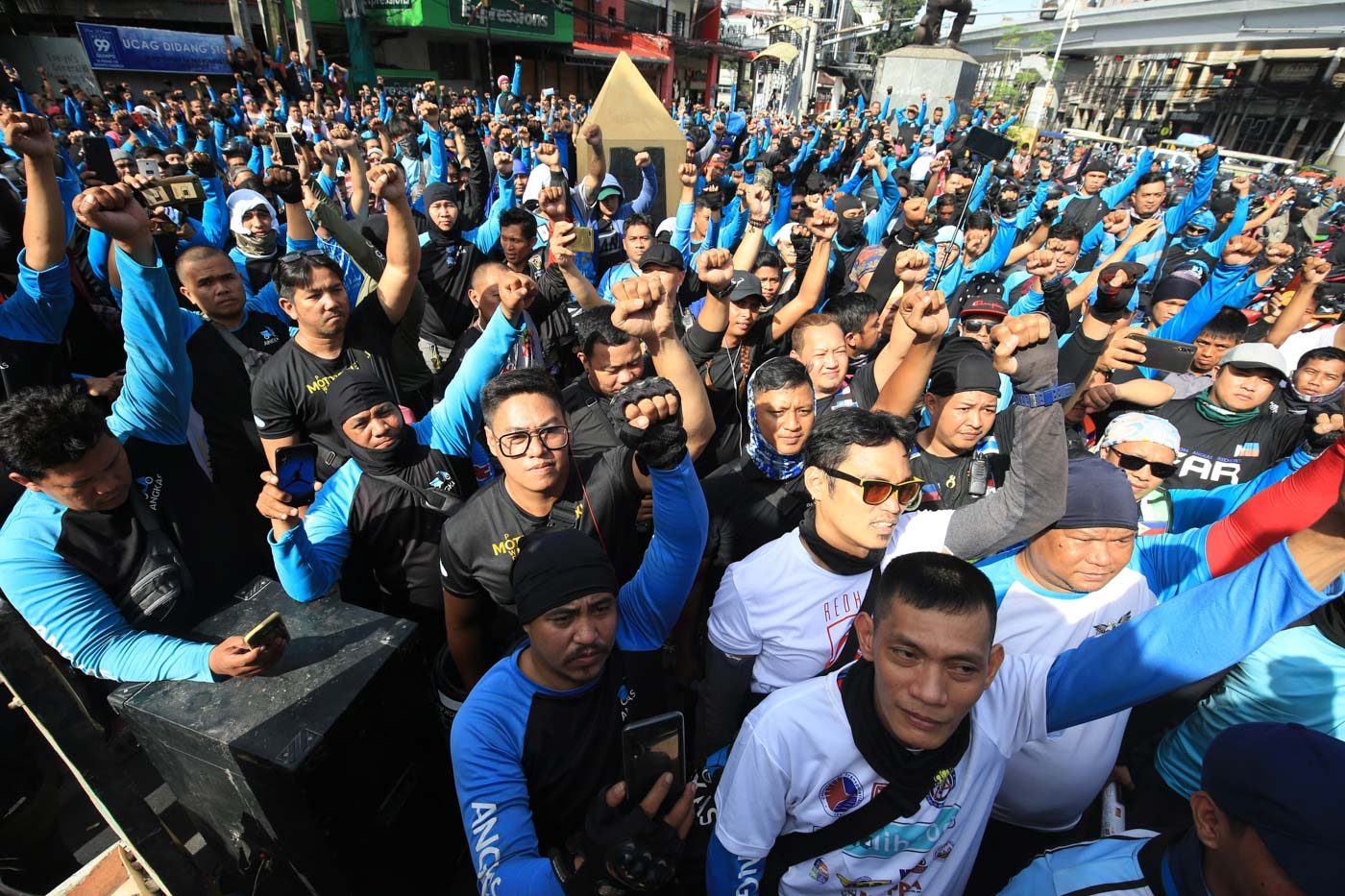 Facebook Twitter Copy URL
Copied
(UPDATED) Angkas biker Rommel Villanueva, one of the petitioners, says this decision is proof justice is on their side

MANILA, Philippines (UPDATED) – A Mandaluyong City regional trial court issued on Monday, January 6, a 72-hour Temporary Restraining Order (TRO) against the cap on motorcycle taxi riders as imposed by the overseeing technical working group, upon posting of a bond of P300,000.

Angkas earlier protested against the new cap, saying around 17,000 of its bikers would be at risk of losing their jobs.

Angkas riders then filed a petition for an injunction against the revised guidelines of the motorcycle taxi pilot run. The guidelines were implemented by the technical working group, headed by Land Transportation Franchising and Regulatory Board (LTFRB) board member Antonio Gardiola Jr.

In her resolution, Acting Executive Judge Ofelia Calo found the issuance of a 72-hour TRO against the guidelines was urgently needed, since the cap would impair the rights of the bikers to continue their contract with Angkas.

“Otherwise, with the implementation of the LTFRB’s Revised General Guidelines for the Pilot Implementation of Motorcycle Taxis, 17,000 Angkas riders who have been earlier accredited by Angkas and allowed to participate in the pilot implementation will suffer grave irreparable injury as they would lose their jobs,” the resolution stated.

Angkas called this decision an ‘initial victory’ for their riders who have been rendered jobless by the new cap.

Angkas biker Rommel Villanueva, who was also one of the petitioners, said the resolution is proof that justice is on their side. “We are only trying to make an honest living and helping commuters every day to get to their destinations fast and safe,” he said.

The technical working group said it had not yet received the official copy of the decision.

In the meantime, the group is now coordinating with the Office of the Solicitor General for the proper case disposition.

“The TWG is confident that it stands on solid legal ground in its administration of the motorcycle taxi service pilot implementation program,” the inter-agency body said in a statement.

This is not the first time the group has faced legal action. Earlier, the Lawyers for Commuters Safety and Protection threatened to file a graft complaint against the TWG for “serious irregularities” in its decision-making. Gardiola had also seemed unfazed, saying the TWG will face the complaint. – Rappler.com