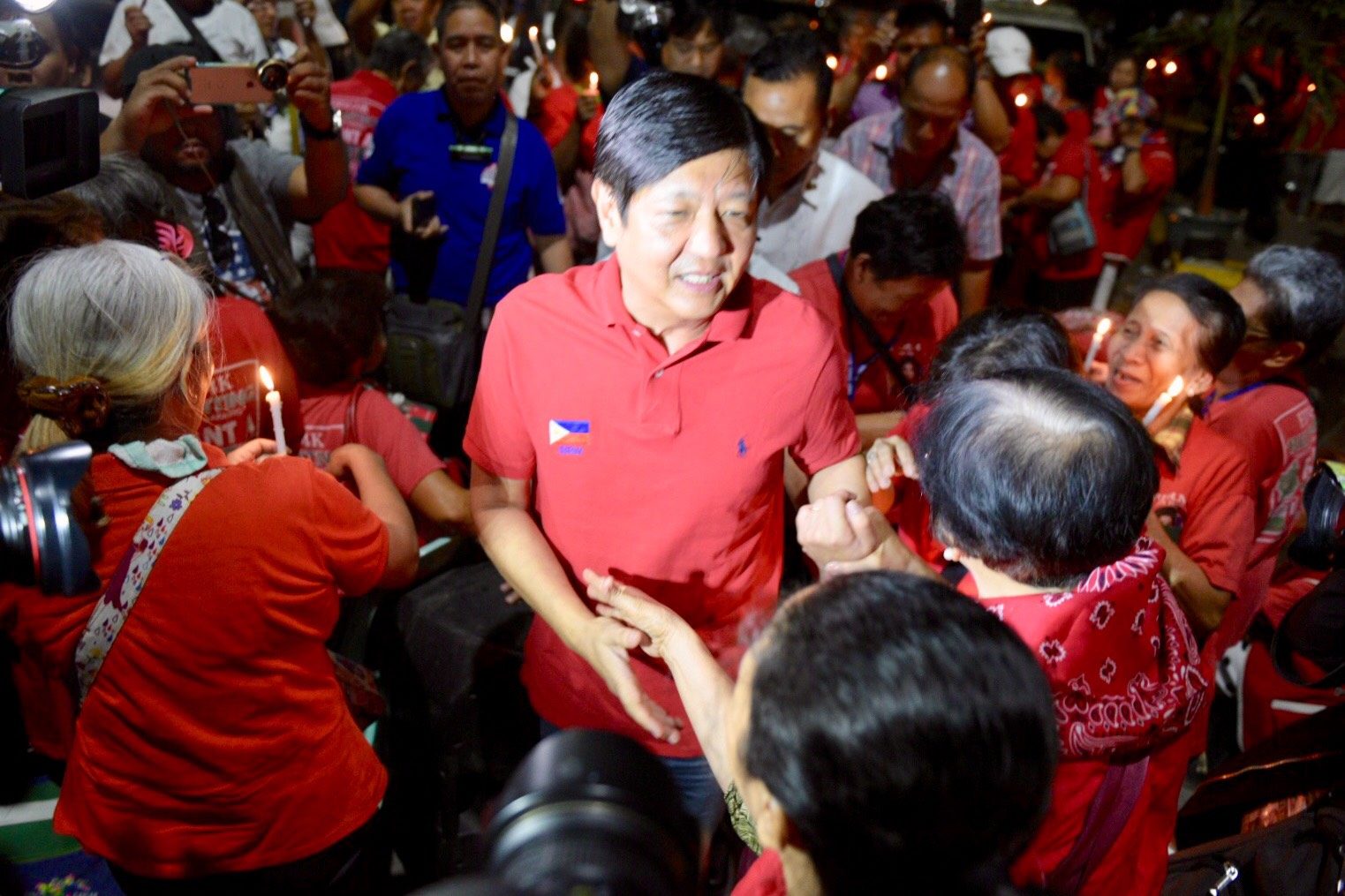 In a 593-page memorandum sent to reporters on Tuesday, January 7, Marcos is asking the SC, acting as the Presidential Electoral Tribunal (PET), to “reconsider, review, and re-examine” the recount results in the 3 pilot provinces Marcos picked: Negros Oriental, Iloilo, and Camarines Sur.

The PET’s report, promulgated in October last year, showed Robredo widened her lead over Marcos by 15,093 votes. The tribunal also ordered both parties to comment on Marcos’ motion to nullify the election results in Lanao del Sur, Basilan, and Maguindanao, where he claims there is widespread electoral fraud.

But Marcos is now questioning the results of the initial vote recount, arguing the preliminary appreciation committees “erroneously overruled” his objections to votes that were counted in favor of Robredo.

In the same memorandum, Marcos once again asked the PET to immediately allow the technical and forensic examination of election data in the 3 Mindano provinces, where he wants the votes nullified due to alleged widespread electoral fraud. (READ: SC raises 4 issues with Marcos’ motion to probe Mindanao polls)

Robredo beat Marcos by a slim margin of 263,473 votes during the 2016 elections, prompting the latter to allege cheating and file an election case against the Vice President.

Marcos is asking the PET to recount the votes in 36,465 clustered precincts covering 27 provinces in the country, his case’s 2nd cause of action. In his 3rd cause of action, Marcos also seeks to nullify the votes of 3 Mindanao provinces.

In 2017, the High Court already upheld the integrity of the 2016 elections, against Marcos’ 1st cause of action.

Marcos’ lawyers George Garcia and Joan Padilla filed the memorandum with the PET on December 19, 2019. It is 809 pages long if the annexes are included.

Why should PET review initial vote recount results? Marcos said he was “not given any opportunity to present his evidence in support of his pilot protest” during the vote recount proceedings.

He also pointed out signature of the Board of Election Inspectors (BEIs) in the 3 pilot provinces were allegedly “glaringly different” from their signature in other election documents.

“This is wrong. Protestee Robredo should not be allowed to claim rejected ballots without first verifying the basis for the rejection of the ballot/s by the vote counting machine and whether replacement ballots were issued to the concerned voter  during the elections,” Marcos said.

Why should PET proceed to Marcos’ 3rd cause of action? Marcos argued Rule 65 of the 2010 PET Rules does not apply to his motion to nullify votes in the 3 Mindanao provinces.

This is counter to Robredo’s previous argument that Marcos’ electoral protest should have been dismissed based on the results of the initial ballot recount alone. (READ: Robredo to Marcos: How many times do I have to win for you to accept defeat?)

Rule 65 says that if there is no substantial recovery of votes in favor of Marcos in the 3 pilot provinces, “the protest may forthwith be dismissed, without further consideration of the other provinces mentioned in the protest.”

For Marcos, his 3 causes of action in the vice presidential election case are “independent, distinct, and separate,” meaning the dismissal of one cause of action “shall not affect the others.”

He pointed out the 2nd and 3rd causes of action were not affected when the PET thumbed down his first cause of action questioning the 2016 elections as a whole.

“A dismissal of the entire protest under this rule does not apply where a separate and distinct cause of action for annulment of election results in certain identified precincts on the ground of terrorism is pleaded both in the body and relief of the protest – as in this case. The protest can and must proceed independently of the result from the recount, revision, and re-appreciation of ballots,” Marcos said. – Rappler.com