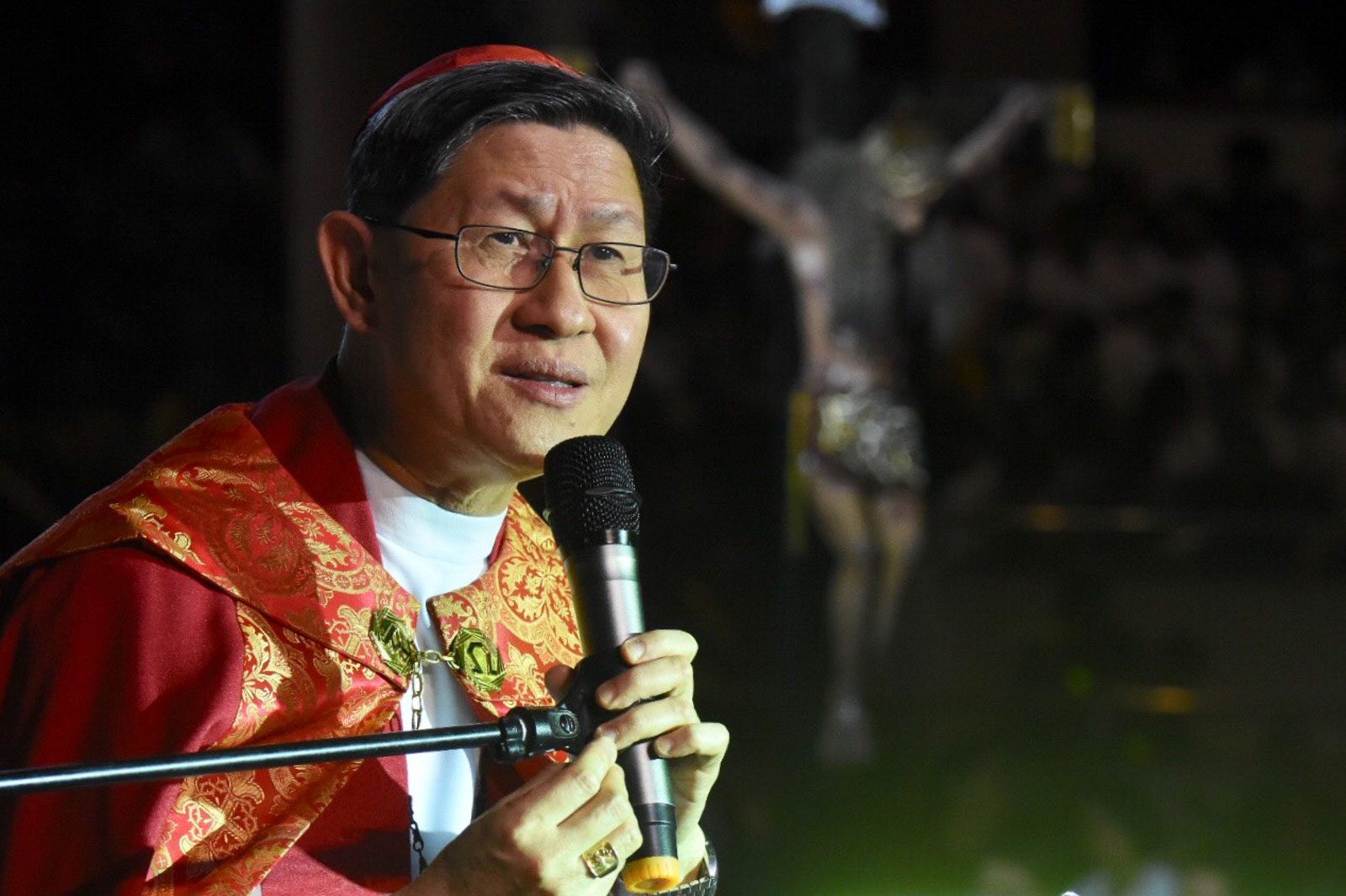 The rector of Quiapo Church, Monsignor Hernando Coronel, led devotees of the Black Nazarene in saying goodbye to Cardinal Luis Antonio Tagle, known by his nickname Chito, who is leaving his post as Manila archbishop.

Coronel made this farewell message toward the end of the Midnight Mass for the Feast of the Black Nazarene on Thursday, January 9, at the Quirino Grandstand in Manila.

Thursday was seen as Tagle’s final Nazareno fiesta Mass as Manila archbishop. After 8 years as Manila’s top prelate, Tagle is set to move to Rome as head of a powerful office in the Vatican.

Pope Francis had appointed Tagle prefect of the Congregation for the Evangelization of Peoples, in charge of spreading the Catholic faith around the world.

If reforms of Catholic bureaucracy push through, his office would be the second most important in the Vatican, reflecting the Pope’s emphasis on reaching out to the “peripheries” over guarding doctrine. His office would overtake in prominence the Congregation for the Doctrine of the Faith, the doctrinal watchdog once famously headed by Cardinal Joseph Ratzinger, who later became Benedict XVI.

“Siya po ang ating tanglaw (He is our light),” Coronel said of Tagle.

Tagle, who is known to easily cry in touching moments, was not seen shedding tears in the live video aired by church-run media. Still he stood to thank the crowd that erupted in cheers.

Earlier in the Mass, Tagle delivered the homily and urged Filipinos to pray for the Middle East, as tensions rise between the United States and Iran after President Donald Trump ordered the killing of top Iranian general Qassim Suleimani.

When it comes to warm bodies, the Feast of the Black Nazarene is the biggest showcase of faith among Catholics in Asia’s most predominantly Catholic country. Up to 8 million Catholics – or about 7% of the Philippines’ population – join the annual procession of a 17th-century mulatto image of Jesus Christ that they believe to be miraculous.

This is one of the most powerful displays of popular piety that Tagle is expected to tackle, too, as the Catholic Church’s evangelizer in chief – on top of other hot-button issues such as the Vatican’s policy toward China, which is persecuting Catholics. – Rappler.com