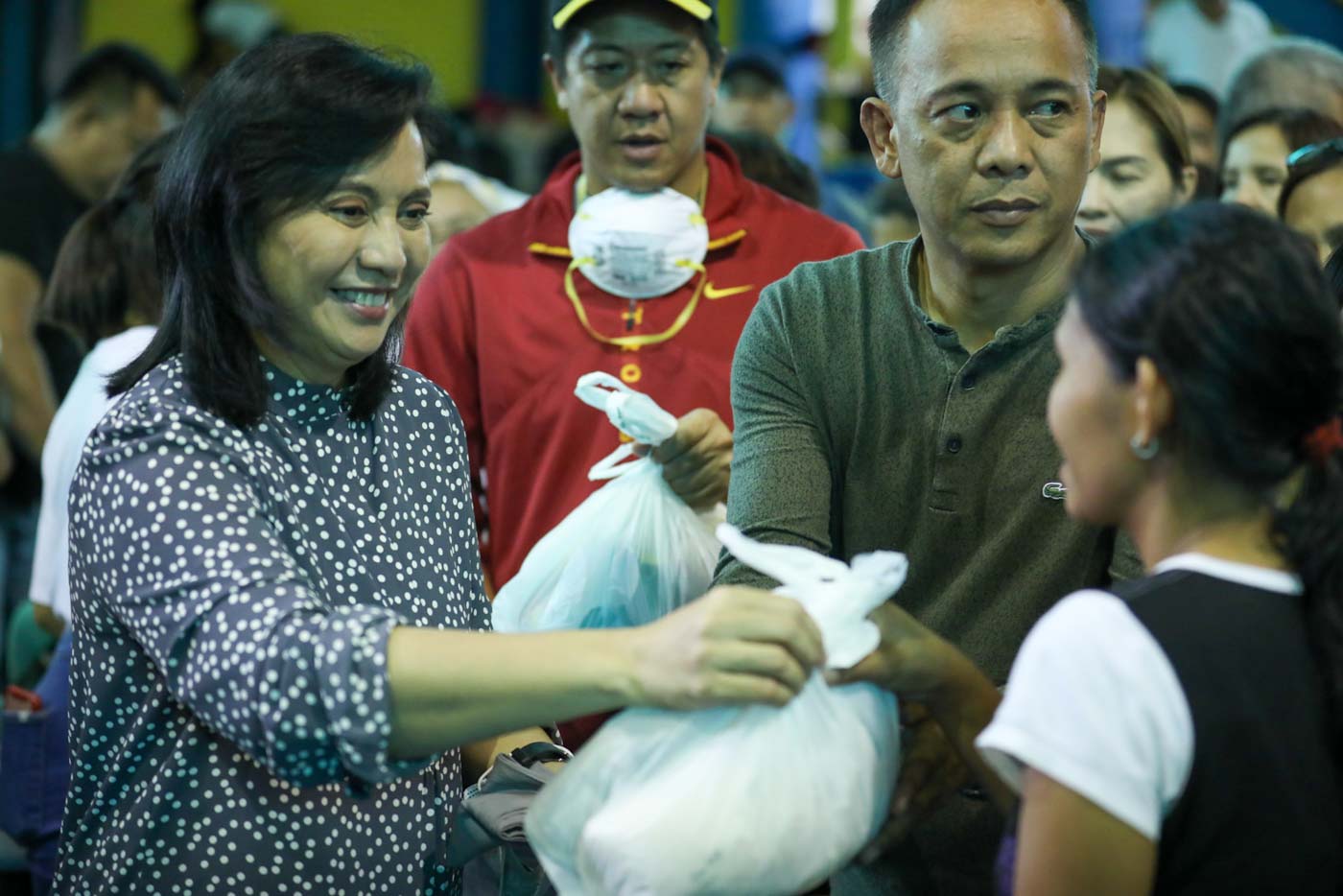 (It would be too petty for us to fight over the contents of the packs. But my point here is: why let a peddler of fake news still receive salary from the government?)

(That’s our money. This isn’t the money of some government official. For us to let the people’s money be used to poison the minds of our countrymen, I think that’s a big sin.)

(No wonder the people are angry at this rotten style. This isn’t the first time that Leni prioritized photo ops over helping the victims of a tragedy.)

In her post, the OWWA official shared an article by mindation.com quoting a certain social media user named Artanacla Oallop, who alleged the Vice President’s donation only consisted of bread and water.

But Uson is wrong. Through Angat Buhay and its partner organizations, Robredo and her staff were able to distribute 2,101 food packs to residents temporarily sheltered in evacuation centers in the towns of Sta Teresita, San Jose, and Sto Tomas.

The Vice President and the Angat Buhay partners also distributed 1,000 face masks to the evacuees.

On Thursday, Robredo said Uson’s lie was an “insult” to the volunteers who helped her office repack the donations.

(This is an insult to the many people who donated to my office. In fact, last Monday night, we called for volunteers. In less than an hour, a lot of volunteers arrived at our office, and they can say what’s really inside those relief packs.)

The threat of a hazardous Taal Volcano eruption remains on Thursday as “intense seismic activity” persists despite “weak emission” of ash plumes. A total of 566 volcanic earthquakes have also been recorded since 1 pm on Sunday, January 12, the day Taal started erupting.

The eruption has so far affected at least 14,918 families or 65,184 persons in the provinces of Batangas and Cavite. – Rappler.com